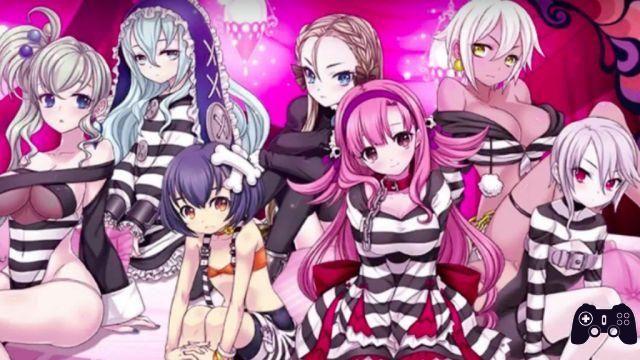 Nippon-Ichi Software is undoubtedly one of the most prolific Japanese software houses in recent years. Lately, however, the house that gave birth to Disgaea has put aside the most important projects to dedicate itself to some less appealing titles that have managed to generate the interest of the players. One of these is Criminal Girls, which after the first chapter, Criminal Girls: Invite Only, returns to our local PS Vita with the following: Criminal Girls: Party Favor.

Towards the way of redemption

Criminal Girls 2 begins with the protagonist who will wake up in a sort of purgatory, with no memory of who he is. Here a voice will tell him that he is the Instructor chosen to redeem some young girls, they also ended up on the spot as guilty of minor crimes and therefore not necessarily destined to go to Hell. But things get complicated when instead of the six expected girls, there will be 7, of which one is said to be a Convict, souls of the damned turned into monsters. This hidden presence causes the group to be sent directly to Hell and from here the real game will start, with the task of the player who will be to return to purgatory and have the girls redeemed, so that these can be brought back to the real world and recover the memories of the protagonist.

Although it may seem trivial in appearance, the plot of the game turns out to be quite interesting, especially thanks to the 7 girls and their personal stories, or their past and the crimes committed to end up in purgatory. During the story you will see each of them mature, revealing a background of great impact. 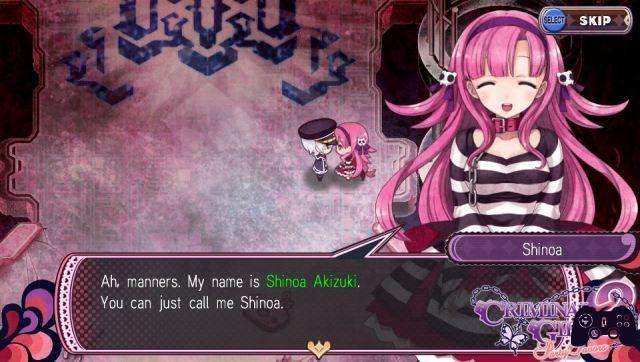 As for the gameplay, Criminal Girls 2 is a classic RPG, where the player will control a party of 4 characters. In battle, we can give orders to the girls, and based on the abilities that appear in the menu they will attack accordingly. There is also the possibility of using objects and there is an option that can motivate the call group Coach which lasts a couple of turns and involves a small increase or decrease in stats depending on the option chosen. The fights are limited only to this, tiring rather quickly due to their simplicity and monotony. To make matters worse it takes badly calibrated difficulty level, with normal enemies dying even in the first round and bosses that can KO the party with a couple of attacks and all this regardless of the chosen difficulty

To get new skills it will be necessary to spend the CM obtained in battle, which will be used for the Motivation System (Punishment in the Japanese version). This system offers a series of simple minigames where the player will have to use the PS Vita touchscreen to meet the conditions required by each minigame. Although the title has been censored for what concerns some terms and artwork, this does not in the least spoil the nature of the minigames, which remain in strong erotic shades and with a hint of sadism. By completing the minigames we will have the right to choose one of two skills based on two basic parameters, S ed M. Each of the 7 girls is more akin to one of the parameters, so it is reasonable to choose a constant evolution of skills based on its natural course. 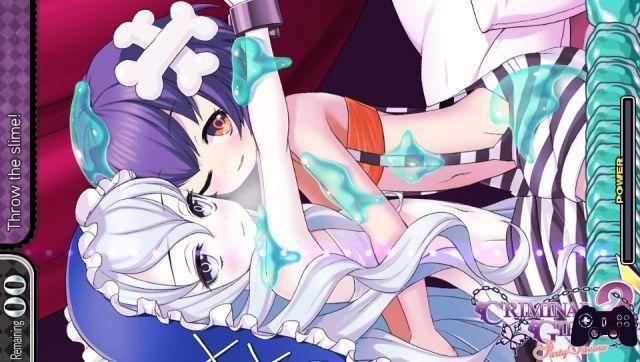 Technically, we are dealing with a production with a rather limited budget, a clear sign of this is how the developers have focused more on erotic minigames, which not only exploit the touchpad, but use the 2D live technology, which allows you to animate the artwork. Even at the sound level we are not there, with a dull and uninspired soundtrack. On the other hand, the presence of original Japanese audio and the translation, which despite the change of some terms due to the slight censorship, remains faithful to the original texts and allows us to understand the events. Just a pity that it is exclusively in English. 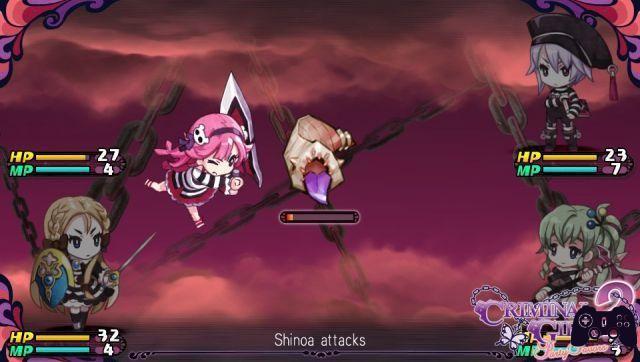 Verdict 6/10 Portable sadomasochistic Comment A lackluster technical realization and too simple and monotonous gameplay supported by an absolutely random and fluctuating difficulty level are some of the biggest flaws of the game, which is saved from mediocrity only thanks to a well-written plot and some interesting characters. With Criminal Girls 2, Nippon-Ichi Software has done its job in developing a sequel for all those who enjoyed the first chapter but nothing more, which is why the title is only recommended for fans. Pros and cons ✓ Interesting plot and characters
✓ Good longevity
✓ Fun erotic minigames x Trivial and repetitive gameplay
x Poor technical sector
x Poorly balanced difficulty
x Excessive backtracking

Do you want to be a video game expert and know all the tricks, guides and reviews for your video games ? Holygamerz.com is a group of video game fanatics who want to inform you about the best tricks, guides and tips. We offer you the best information to be a reference in gaming, so here you can find guides, tricks, secrets and tips so you can enjoy your games to the fullest. Are you ready to get all the achievements of that game that you resist so much? Enter now and enjoy your favorite video game to the fullest!
Call of Duty: Black Ops III review ❯