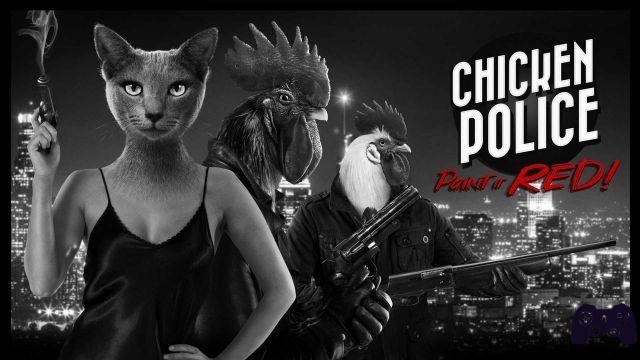 It's the last day of the year in Clawville. Detective Santino Featherland receives an unexpected visit. A young impala needs help: it seems that someone is threatening her employer. "Call me Sonny and explain yourself". The investigation begins.
A series of events will happen from this point on, forcing the Chicken Police, a pair of famous chicken policemen (because they are actually two chickens), to take on a difficult and dangerous case. 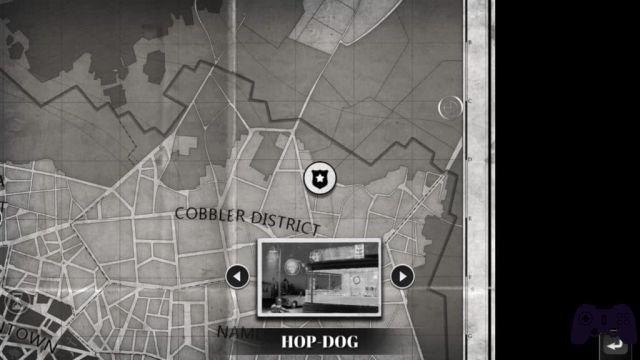 In Chicken Police it is not the main storyline (which unfortunately is not that great) that conquers the gamer, but everything else. The universe of anthropomorphic animals told by the video game is fascinating and full of food for thought. The main story seems to take place after an entire epoch of events: clashes of secession between faithful to the crown and separatists, war for meat, integration of predatory animals (who are convinced to eat artificially produced meat) among vegetarians and ghettoization of insects. Millions of details surround a noir detective case and push the gamer to investigate every aspect. Too bad that the main plot, for me that I have read a lot of yellows, is a bit banal.

In Chicken Police it is not the main storyline (which unfortunately is not that great) that conquers the gamer, but everything else

In the world of Chicken Police, pairs of lovers can also be made up of animals from different species, but that wasn't always the case. Once upon a time the predators would have fed on those they have married today. "What's it like to live with a predator, you who are a chicken?" it sounds like a trivial question in the greyish town of Clawville, but is it really?
Chicken Police, in its own way, tries to delve into the theme of integration in a bizarre, yet effective way. Some animals have adapted to a society that closely resembles ours, others have not succeeded: carnivores have learned to feed on artificially produced meat; insects, on the other hand, still too different from the others, have been abandoned in misery. While it's not the main storyline, these details make the story believable and real. The mysterious case that opens the game seems to be nestled in a world that is beginning to accept the differences of others, but which has not yet overcome apartheid.

What is it like to live with a predator, you who are a chicken? It seems like a trivial question, but is it really? 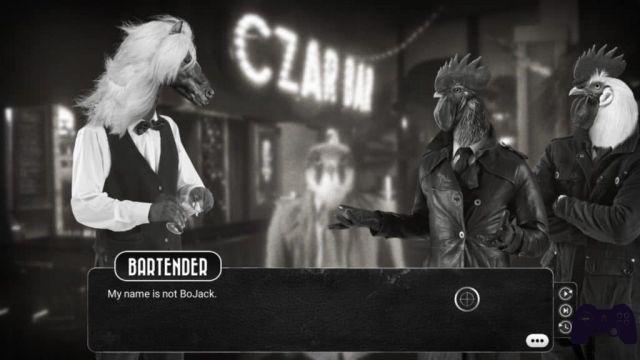 Chicken Police openly takes its cue from the popular Bojack Horseman television series, and does it quite well. Animals maintain their "animalistic" characteristics and do not completely distort themselves in favor of anthropomorphization. Bojack remains a horse in a world of anthropomorphic animals just as Sonny remains a chicken.
Bojack and Sonny are similar: two old alcoholics, famous for past events, who can't help but drag their loved ones into a series of misfortunes. Although Bojack is a much more complex and multifaceted character, Sonny also makes a good impression.
The atmosphere of Chicken Police, unlike Bojack Horseman, is gloomy. The game is almost totally in black and white, with the exception of some colors which, however, you will notice (I will not tell you for sure). The characters' lines dissolve a tension that pays homage to classic noir detective stories. Unfortunately, after a few hours of play, the amount of jokes is so huge as to be pounding.

A lot of dialogues

The questions
Between one dialogue and another it will be possible to carry out something more active, such as, for example, interrogations. In queries, the player must choose the questions to ask the suspect. At the end of the series of questions, the outcome of the query will be indicated with a rating ranging from 1 to 5 stars.


If you're wondering what the game is all about, well, the dialogue is the game. A sea of ​​dialogues. Too many.
Even clicking on a box triggers an exchange between the characters that, most of the time, wants to make people laugh, but does not always make it. Also, the game is completely in English and some puns are only understandable in English. For example, Sonny often uses "cluck you" instead of "fuck you", with the same meaning. "To cluck" means to cluck. A Spanish translation could be "hen" instead of "fuck you", but you understand that in English it works better.

Personally, I genuinely appreciated that the game was fully voiced. Every single word is voiced, man. However, most of the game consists of dialogue that leaves no choice whatsoever. I have often found myself clicking waiting for something to happen, listening to a chicken munching two porcupines, with no possibility of interaction. The questions are few (type 7) and are the only moments in which you can choose which questions to ask the characters who are questioned.
The story is quite linear and there are no alternate endings (other than a secret one that I haven't discovered), however it is possible to delve into some secondary character stories. The heaviness of the constant exchange of words makes Chicken Police a difficult game to digest. I have often found it more interesting to delve into the secondary plots rather than the main one, which is sometimes a bit cumbersome and redundant. 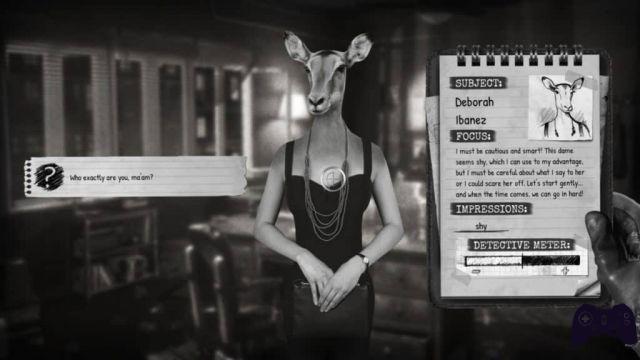 In conclusion… there is also talk of extinction 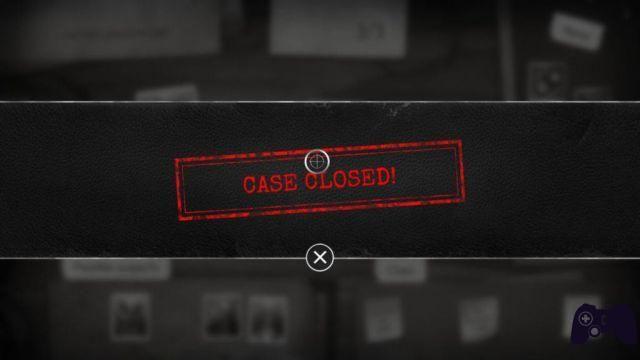 Chicken Police also has a noble purpose: to raise awareness among players about the sudden and uncontrollable speed at which certain species of animals are becoming extinct. During the credits, you can read a long list of animals that have not participated in the game. Because? Because unfortunately they have already become extinct.
I personally enjoyed Chicken Police. The characters are peculiar and captivating, the noir atmosphere is engaging and each dialogue is very well voiced. However, the plot is a bit heavy and redundant and the events that break this rhythm, pushing it slightly, are few (there are some minigames). However, it remains a nice gem that I definitely recommend you buy.

Especially if you are ready to grasp all the details.

Verdict 7/10 The Chicken Police is back (but they could have done it better) Comment Chicken Police is a noir thriller, sometimes funny, sometimes not. The characters are well characterized and the two-tone atmosphere allows for a decent immersion in the video game, however the main plot is almost never surprising. However, it remains a gem that a yellow enthusiast cannot miss. Pros and cons ✓ Suggestive setting
✓ Quite effective noir detective
✓ Interesting secondary storylines x Too many dialogues
x Main plot a bit 'banalotta
Do you want to be a video game expert and know all the tricks, guides and reviews for your video games ? Holygamerz.com is a group of video game fanatics who want to inform you about the best tricks, guides and tips. We offer you the best information to be a reference in gaming, so here you can find guides, tricks, secrets and tips so you can enjoy your games to the fullest. Are you ready to get all the achievements of that game that you resist so much? Enter now and enjoy your favorite video game to the fullest!
Guides Climate Week 2021, all raids and missions - Pokémon GO ❯

Add a comment from Chicken Police review and attention to detail