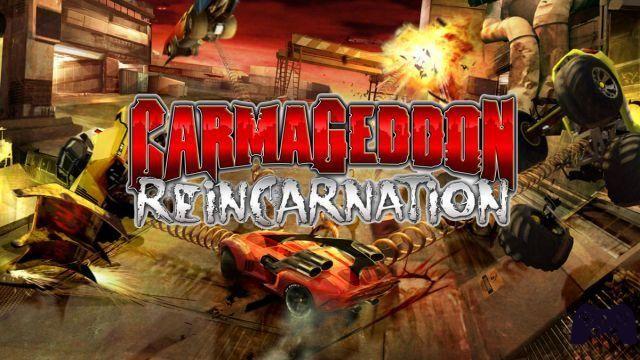 When in 1997 the first Carmageddon landed on the shelves overseas (to land in Europe the following year), was accompanied by a wave of clamor: from the players who acclaimed him to the detractors who branded him as one of the main examples of videogame violence (together with the newborn GTA series ), all saw however in the title of Stainless Games a turning point, an indelible sign that the gaming industry was ready for a more “mature” market with strong themes.

Although vehicle combat titles were already abundantly present on the market (just think of the Twisted Metal series, which only two years earlier made its appearance on PSX), Carmageddon elevated the brutal, arcade side of the fighting to the nth degree, leaving players almost complete freedom to roam across the vast game maps, from time to time discovering new weapons, areas or methods to complete races (mixing race and battle modes into a single blend of destruction).

In a nutshell, for the time Carmageddon was an almost revolutionary, but since 1997 the market has definitely changed, and the maniacal devastation offered in the remake of Stainless Games no longer seems capable of capturing as it once did.

Essentially, Carmageddon Reincarnation is presented quite faithful to the original, which, especially for the nostalgic, is definitely a good thing. Seeing classic maps like Bleak City, recreated, yes, in high definition, but without excessively distorting the classic material, can easily be enough to entice old players to a game. In itself, the size of the areas might be enough to keep the attention alive for a while, but the other side of the coin is that you soon realize that the graphic quality of the locations is not up to par. attention paid to vehicles.

Of course, the beating heart of Reincarnation are undoubtedly the cars (and the massive dose of damage they are able to endure), which we will see being destroyed gradually and with a lot of attention to the details of the damage during the fights. However, alongside realistic damage, crumpling and bloody engines in plain sight, we would definitely have appreciated some attention to the scenarios, which look more like cardboard sets than a studio than real credible leases.

Graphically, the levels are subdued compared to cars

Compared to the original of '97, moreover, Stainless seems to have taken a step back also in the other symbol of the title: pedestrians, destined inexorably to the slaughter under the wheels (or weapons) of our drivers. If in the original their voices and their reactions of uncontrolled panic helped to give a touch of atmosphere to the title, in Reincarnation we are faced with simple contour elements, without a soul, which merely wander, sometimes running, from a aimlessly across the map. The only variations are given by weapons, which sometimes force pedestrians in place glued to the ground, or to dance regardless of danger (thus making them easier prey). Very little to do with the terrified passers-by of the past. Pleasant, if nothing else, the possibility to customize the color of the blood, which winks at the wave of censorship that, in its time, transformed the victims first into zombies with green icore and then into robots that leaked oil if run over. . 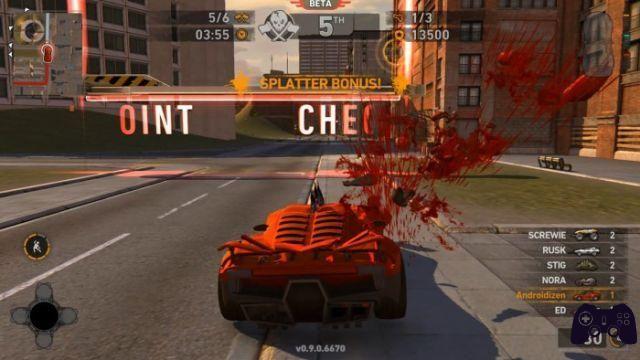 A question of Carma

In terms of gameplay, however, Reincarnation makes a good impression and is able to guarantee some pleasant hours of play, provided you take them in small doses.

The checkpoint arenas are definitely worth a mention, as they amplify the destructive potential of the original races, forcing the drivers to battle for the conquest of the control points. If in normal missions killing opponents is simply optional (although very satisfying), in the new mode it becomes essential to stop others from climbing to eight victory points. Not to mention that, unlike the classic mode, the constant respawn of the opponents and the possibility of stealing points from devastated enemies makes the game even more hectic.

The adrenaline of which Carmageddon Reincarnation he should have made his workhorse, however, is dampened often and willingly by technical defects, which although they were decidedly more marked in the early access phase, even in the final version continue to plague the title. Stainless's first and main cross of the remake are the everlasting and omnipresent loading times: at each mission start we will be called to wait for the area to be initialized, and the time we will spend observing the loading splash, for a 2015 title, is really excessive. 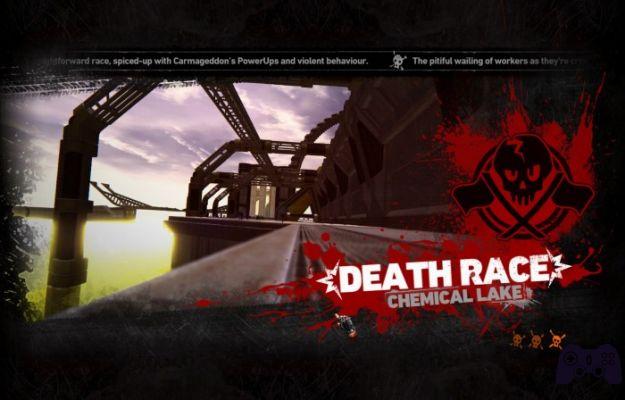 Same goes for the poor optimization, which forces machines that on paper should easily run the title without too many problems, at decidedly higher efforts (in some cases also showing evident frame drops even in recent architectures).


Fortunately Stainless has already confirmed that it is aware of the problems, and to work on various patches and corrections even beyond the exit from the Early Access phase, e the multiplayer component tested does not seem to suffer too much from the problems found in single player, even if since the launch there have been reports of sudden disconnections and crashes on the Steam forums.

The real problem of Carmageddon Reincarnationunfortunately, it does not derive from inconsistencies in programming, nor from fluctuating graphic quality. What the Stainless remake sadly lacks is that sense of innovation and frenzied audacity which, in 1997, had transformed a car fighting title like many others into a symbol of the evolution of the contents and themes of the videogame industry. 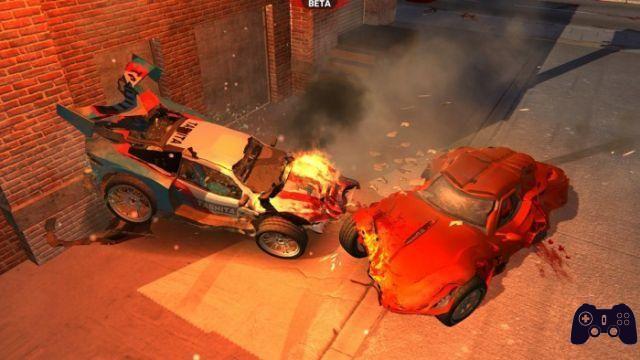 Repeating a formula twenty years ago smacks of stale

Unfortunately, many of the mechanics originally implemented in the first Carmageddon, have now become standard, both in terms of damage to cars, and for the introduction of weapons and interaction with the scenarios. Simply repeating a formula from nearly twenty years ago now tastes stale. Not unplayable, for heaven's sake, given that the senseless destruction and the use of improbable weapons such as the anvil thrower or the "bananizing" beam allow players to indulge in adolescent unconsciousness and humor which for many is a blast from the past.

However, this is the maximum limit of the entertainment offered by the title: no complicated storylines, no great possibilities for customization or upgrading of vehicles, and although there are technical parameters of each car and related upgrades, career mode mostly comes down to a simple visual assault of explosions and senseless weapons. Lots of adrenaline, also thanks to a pleasant hard rock and metal soundtrack, but very little else.

Verdict 6/10 "... mediocre ..." Comment If Michael Bay movies are your passion, in all likelihood Carmageddon Reincarnation is a title suitable for your library: between senseless weapons, adrenaline-pumping action, chases and various explosions, the remake of Stainless offers just enough to immerse yourself in a few "hours of ordinary madness", forget about everything and everyone and simply let yourself go in front of a virtual universe where bizarre design cars and armed chases are the masters. Where have we heard all this before? Does Mad Max tell you anything? Maybe it will be because in the original, the Stainless series had to exploit the license of the Miller's films? However, while the universe of the road warrior has taken a more modern turn, also focusing on a plot / canvas that links the adrenaline-pumping madness of car racing and street violence, Carmageddon has essentially remained the same title as twenty. years ago, for better or for worse, in an industry that, in spite of itself, took its cue from it to become something more complex. Great for spending a few hours in multiplayer, lost in arena mode, but definitely not recommended for those expecting something more complex, profound, or modern. Pros and cons ✓ High quality damage details
✓ Adrenaline-fueled Capture the Checkpoint mode
✓ Hard rock soundtrack x Minor upgrade system
x Innovatively lacking
x Poor graphic quality of the scenarios
Do you want to be a video game expert and know all the tricks, guides and reviews for your video games ? Holygamerz.com is a group of video game fanatics who want to inform you about the best tricks, guides and tips. We offer you the best information to be a reference in gaming, so here you can find guides, tricks, secrets and tips so you can enjoy your games to the fullest. Are you ready to get all the achievements of that game that you resist so much? Enter now and enjoy your favorite video game to the fullest!
LocoRoco 2 Remastered review ❯

Empires in Ruins | Review in the pages of history

Deadpool review (PS4 and Xbox One)