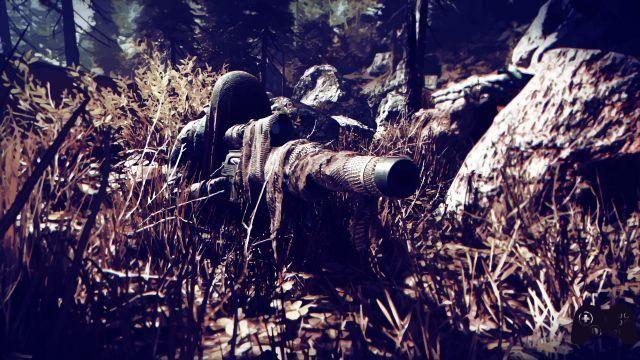 Call of Duty returns to Modern Warfare in search of an identity that has been missing for too long.

After Modern Warfare 3 write a review of Call of Duty it became more and more difficult.
Activision breaks up with West and Zampella and the series goes into an identity crisis. From what remains of Infinity Ward come Ghost and Infinite Warfare: too little. Too little, for a studio that created one of the richest franchises on the market and took it to the top. To be a real phenomenon.

Call of Duty returns to Modern Warfare this year, but if you don't want to read the review, you can listen to the Holygamerz audioRece. 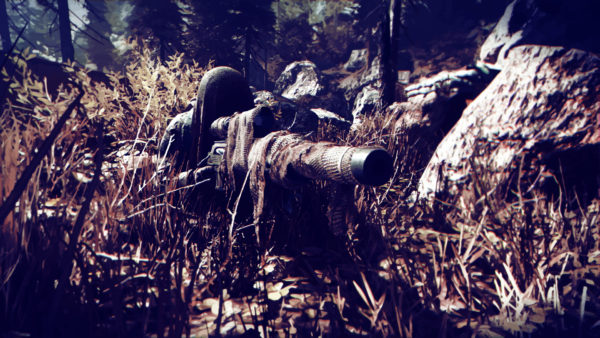 We can only open the review of this Call of Duty Modern Warfare speaking of the campaign. That same campaign that at the time had given us some of the most iconic sections of recent industry, but which had even come to be abjured with Black Ops 4. An unnecessary weight. Orphans of Soap and Price we have been used to playing mediocre clips, and we might as well concentrate all our efforts on multiplayer.

Modern Warfare is opposed, however, and tries to live up to its DNA. A double spiral that has always spoken so crude of topics controversial, never sparing the player. This is also the case this year, as the network got to find out last week. The controversy over the historical retcon Highway of Death, American bombardment in game fiction attributed to Russia.

However, it must be recognized that this is a fundamental choice to characterize two of the main characters. The hook to talk about Chemical Weapons e wars by proxy, the two founding themes of the product. Accustomed to the well-known No Russian mission, perhaps we are now desensitized, but this Call of Duty Modern Warfare really manages to project sections on the screen tough to digest. The occupation experienced as a child. Terrorist attacks and shootings in central London among civilians. Rainbow Six-style missions inside homes. Perhaps an acute is missing, from a playful point of view. There isn't that arcade approach which makes some levels real toys, those that in Modern Warfare 2 would have ended up in Spec-Ops. But it comes down to it, and it's one thing that it hadn't happened in many, too many chapters.

Years later, Modern Warfare packs a Call of Duty campaign that lets you play without violating the Geneva Convention

A camper is a player who hides in a corner, waits for someone to pass and treacherously kills him. To put it to Phatejoker “the reason why video games cannot be an Olympic sport“.

Campaign that prepares the ground for a Modern Warfare 2, given that ending. As usual, here it will be the public to decide - Activision has already shown that it knows how to listen to its players - but the prerequisites for a sequel that builds on the shoulders of this second advent of Modern Warfare are all there. For the moment, we can only be pleased with the return to the origins ...

… With some asterisks regarding the mode competitive multiplayer, flagship of the series and of the shooter genre. The impressions after the beta were excellent, the feeling that of ten years ago and the maps a sort of remixed deja-vu. With the complete product in hand, one thing must immediately be observed: the time to kill has been drastically lowered, and it only takes a few shots to take out an enemy soldier. On the one hand, this benefits machine guns with smaller capacity and increased damage - not that before a magazine was needed to kill someone, but now we are talking about a few bullets -, on the other encourages the phenomenon of camping. Running around the map, perhaps taking advantage of the perks that make the movement more performing, is not necessarily the best choice. And if the gameplay still holds its own, because we are now saturated with Arena titles that make the verse to Titanfall, the final result is less arcade than expected. And it's not helped by the design of the maps, which offer a multitude of more claustrophobic venues and places where RVs can prove their worst.

A slight step back, which spoils the cake but does not spoil the party 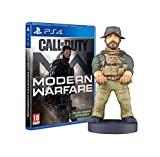 And in any case a pleasure have in your hands again a shooter not tied to heroes and their unique abilities, where the series of killings (historical ones, and some news) return and where ultimately it feels at home. Even if it is not the house where we grew up that we have idealized within us, that happy place to which we can no longer physically return and which perhaps never really existed. Or in any case where you could not go back this year, given that although the problems related to time to kill can be solved with an update, the design of the maps will remain the same. And that especially looking at the co-op will continue to lack the more directly arcade grafts along the lines of the second Modern Warfare, for the moment still the pinnacle of the series.

A solid point of re-beginning, which pad in hand amuses but which still cannot compete with the chapters of the first trilogy. In a direct confrontation he does not look bad, he avoids the technical KO, but he still loses on points. But on the other hand, the most correct comparison would be - perhaps - the one with Call of Duty 4, more than with the other two Modern Warfare

Verdict 8/10 The campaign does not violate the Geneva Convention, it's a start Comment The king of shooters is back? Yes and no. There are the conditions for a dynastic climb that goes to put the buttocks of Captain Price (and consequently Modern Warfare) back on the throne of leaders of the genre, but it is too early to talk about the kingdom now. If only because a chapter 2 is expected to enhance and refine what has been seen, reaping what has been sown this year. The premises are good, and for the moment we can easily make them enough. We are back in Vietnam, even if it is not exactly "our" Vietnam ... Pros and Cons ✓ Finally worthy campaign
✓ Arcade, not Arena ... x ... With some camping problems
x Not exciting online maps
Do you want to be a video game expert and know all the tricks, guides and reviews for your video games ? Holygamerz.com is a group of video game fanatics who want to inform you about the best tricks, guides and tips. We offer you the best information to be a reference in gaming, so here you can find guides, tricks, secrets and tips so you can enjoy your games to the fullest. Are you ready to get all the achievements of that game that you resist so much? Enter now and enjoy your favorite video game to the fullest!
Special Console War 2020: Exclusives versus Services ❯

Nioh Review - Soulslike doesn't mean anything anymore (if it ever did)

Add a comment from Call of Duty: Modern Warfare review - too demanding review