Bethesda talks about Starfield, but keeps omitting the most important detail 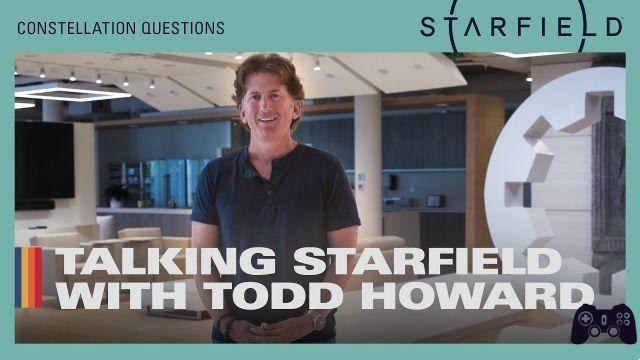 After the reveal that took place during the Summer Game Fest 2022, Starfield continues to feature prominently in Bethesda's marketing campaign. Lots of information spread via social media, especially YouTube. However, Todd Howard is still reluctant to reveal every single aspect of the game, probably so as not to spoil the surprise effect of this project, the first in over twenty years to be completely untied from The Elder Scrolls and Fallout. Among the many information that is provided to us on a regular basis by Bethesda, however, one is missing, which makes everything very strange.

During yesterday evening, Howard revealed a little more information about Starfield, focusing on the dialogue system, which will be in first person. The game contains approximately 250.000 dialogues and is the most discussed Bethesda title ever. A nice number, a nice figure, which joins that of the 1.000 planets and 100 universes, without forgetting the hundreds of hours that will be spent by the players within this special project. Numbers, which however find the time they find. Yes, because the most important element is still missing, the real "group" of numbers that will change the mood of the players. And those digits are the release date.

Now, we know how difficult it is for a development team to work on a video game. Times are long, very often we collide against terrible realities such as unhealthy working environments and unscrupulous shareholders who impose exit dates in order not to lose too much money. Yet there are instances where silence would be more appreciated and perhaps this scenario also fits Starfield perfectly. In the absence of real news, marketing could be set aside for more substantial announcements, such as that of the release date.

Over €117 off the Razer Iskur gaming chair: the best of the best! ❯

add a comment of Bethesda talks about Starfield, but keeps omitting the most important detail