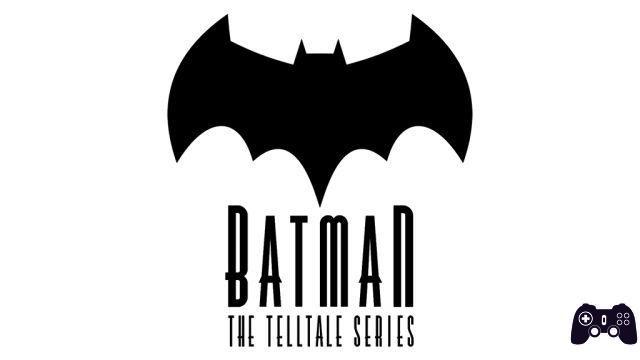 Announced last December during the Game Awards, the new Telltale series based on the universe of DC's most famous hero debuted around the world yesterday, August 2, with the first episode of five, titled Realm of Shadows. Batman - The Telltale Series is available for purchase for the moment on PlayStation 4, Xbox One, PC and mobile, both as a single episode (€ 5,99) and through the Season Pass (€ 26,99), while from September 16 it will be sold on disc (always in the form of Season Pass) also for PlayStation 3 and Xbox 360 (as well as for the platforms already indicated) at a price of € 29,99. Let's find out together if Realm of Shadows is a start worthy of the name.

Batman - The Telltale Series focuses on a young Bruce Wayne, who in the light of day helps his friend Harvey Dent defeat Gotham's organized crime with "legal" methods while patrolling the streets at night like the new masked vigilante Batman. Telltale transports the player into the action from the very first moments of the game, optimally alternating the phases from Bat to those of the day. Realm of Shadows lays the foundations for a further DC alternate universe, also thanks to the use of a historical character in a completely new way both in appearance and in story (we will talk more about this in the reviews of the next episodes, when we understand where the story is) wants to go to parry).

Great start to the season

An “elseworld” where the hooded crusader discovers the hard way that all that glitters is not gold, although there is still hope of salvation for Gotham. For all the two hours needed to finish this first episode, the events follow a fast-paced pace, providing the player with numerous cleverly written multiple-choice dialogues and even a couple of goodies for Batman lovers. The characters are almost all in their part, easily framed and last pawns in the history of Telltale.

I am the Night

One of the main concerns at the announcement of the series by users, was the comparison with the Arkham chapters of Rocksteady: Batman-The Telltale Series obviously follows the gameplay mechanics of the other productions of the Californian developers, especially the scenes of the action are reminiscent of the excited and engaging ones of The Wolf Among Us, so it is useless to compare it to productions of other houses or look for gameplay that is too different from the Quick Time Events to which Telltale has accustomed us over the years. As the hooded crusader the QTEs will mostly serve to dodge blows, punch and use gadgets, never breaking the rhythm of Realm of Shadows story on any occasion. At each key (or sequence of them) executed correctly, a bat-shaped screen indicator will be filled which, once at most, will allow Bruce to perform a finisher on the victim. Not only that: in the last phase of the episode the player will have the possibility to choose with which approach to get rid of the enemies, first on a simulator and then by performing each move via QTE.

We have already talked about the multiple-choice dialogues that, together with the choices at the crossroads by now tradition of Telltale, will package the story (or part of it) on our actions: in particular from the events of this first episode we could see how the press and the citizens of Gotham comment on every action of Bruce Wayne or his much more feared alter ego. With Batman, Telltale introduced the Crowd Play, a sort of "game within the game" to play with friends on the sofa at home: while the player with the controller will follow his story, his choices and his QTEs, on the mobile devices of the guests will appear the dialogue choices and an index of satisfaction with what appears on the screen, and at the end of the episode you will be able to compare the choices and start discussions on the events. An interesting addition that does not affect the quality of the product in any way, but allows several people to enjoy it at the same time. 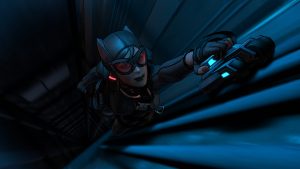 The detective mode closes the triptych of game mechanics, which analyzes another aspect of Batman, the one that represents him as the best investigator in the world. Analyzing the crime scenes it will be necessary to connect the clues and reconstruct the events, in an environmental puzzle that is not too difficult but that certainly entertains and lets the player interact with the environment, without binding him to corridors where you only have to walk or half-hour dialogues.

The voice that makes the difference

To end this first review of the new Telltale series, it is necessary to say a few words on the new graphics engine of the company, which allows the cell shading of Realm of Shadows to transform the entire production into a real comic, in an even more convincing way than already mentioned The Wolf Among Us. There is only one basic problem: the title tends to shoot a lot and suffers numerous frame drops even during movies, not exactly a slap-up debut for the new engine. Moving on to the sound, an excellent job has been done both for the music that is the background to the events, and for the dubbing of the cast, which can count on Troy Baker as Bruce Wayne, as per the Telltale tradition, finally, there is no translation in Spanish and the title is completely in English both in the texts and in the voices.


Verdict 8/10 Who writes you the Bat-suits? Comment Batman - The Telltale Series begins in an excellent way, laying the foundations both for an interesting story about the hooded crusader, and for new gameplay mechanics, capable of varying from what has been seen in the latest productions of the company. There remain some unknowns about certain characters, which we hope will be solved in the next few episodes, and some problems on the technical sector, where the title trudges and suffers from numerous (and annoying) frame drops. Despite this Realm of Shadows remains a recommended purchase for all fans of Batman and Telltale graphic adventures. Pros and cons ✓ Successful detective stages
✓ Engaging stages of action
✓ Atmospheric music
✓ Excellent durability x A few too many frame drops

Do you want to be a video game expert and know all the tricks, guides and reviews for your video games ? Holygamerz.com is a group of video game fanatics who want to inform you about the best tricks, guides and tips. We offer you the best information to be a reference in gaming, so here you can find guides, tricks, secrets and tips so you can enjoy your games to the fullest. Are you ready to get all the achievements of that game that you resist so much? Enter now and enjoy your favorite video game to the fullest!
Guide Persona 4 Golden - Complete Guide to Nanako (Justice) Social Link ❯

Add a comment from BATMAN review - The Telltale Series Episode 1: Realm of Shadows