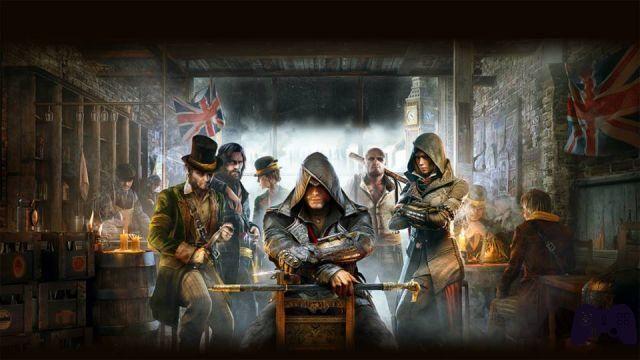 A few weeks after the launch of Assassin's Creed Unity, and from the controversy arising from the enormous amount of bugs present in the debut on current gen of the most profitable Ubisoft saga, leaked images began to appear on the network from a new project, the next chapter of the series, set in Victorian London in the late 1800s.
Victory, this is the initial subtitle of the new episode, in the hands of Ubisoft Quebec changed its name last May 12, officially becoming Assassin's Creed: Syndicate. In the evocative setting of the Officine del Volo in Milan, we participated in the only stage (of the five Europeans) in which you could try the new chapter of Assassin's Creed firsthand. Between London barbers, tattoo artists and green screen photos, we are ready to provide you with your first impressions of Syndicate. 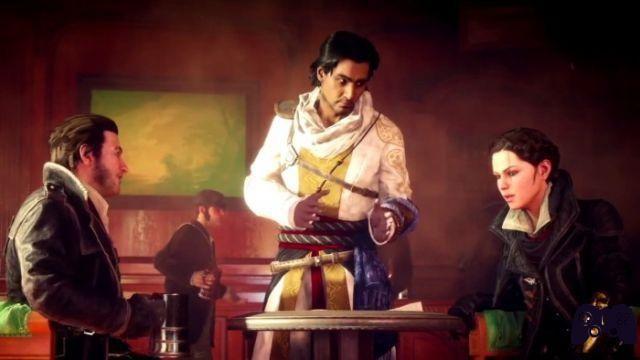 Leaving the Parisian events of Arno, the focus shifts to London at the end of the 1800s, where industry is taking over and workers are exploited to enrich the powerful (among which, coincidentally, there are Templar forces). Two brothers, Jacob and Evie Frye, decide to lead a rebellion and conquer the Templar territories one by one, increasing the number of their followers and unleashing real brawls in the streets of London. We cannot know more about the plot, and we will have to wait for the next trailers to find out how and when Jacob and Evie will make their next move, but we can focus on the alpha tested in Milan, which puts us in the shoes of Jacob himself and offers us some taste of the new mechanics introduced by Ubisoft Quebec.

The alpha opens with Jacob and Evie intent on discussing what to do: the first territory to be conquered is that of Nora the Sanguinaria, and our protagonist decides to use hard ways to expand his domains. Once you arrive on the streets of London, the first thing that catches the eye is certainly the width of the streets, widened mainly to allow the carriages to whiz from one intersection to another. Once you reach any building, moving the camera upwards, the L1 icon peeks out, destined for one of Jacob's new gadgets: the Rope Launcher. Thanks to this new tool, not only is climbing easier and faster, but it manages to give a new verticality to the environment and to the exploratory phases, moreover our new killer is able to throw the rope even

the carriages have plenty of time to improve

horizontally moving like the late Ezio in Constantinople. If you don't want to wander around London on foot, or using the gadget we just talked about, you can always unseat a coachman and steal his carriage, with a driving system very similar to the other means of transport in the series, R "is entrusted with the task of "accelerating" while with X you can spur the horse and with square bump the other fearsome and disrespectful riders. The gameplay of the carriages is still quite uncertain due to the unstable driving but, being an Alpha, it is still largely improvable until the actual release of the title on October 23rd.
Some news also in the combat phases: even if at the moment the enemy AI does not seem to differ much from Unity, Jacob proves to be much more violent than his predecessor, providing phases of War between Gangs in which to remain the last man standing. Between a square that allows you to chain shots, a triangle that provides bad and bloody finishers and a circle that is used for the counterattack, the Londoner is destined to leave a long trail of corpses in his path.

Visually, Syndicate's London views are already almost entirely flawless.We have only been able to visit a small part of the map, but by climbing St. Paul's Cathedral and performing a classic leap of faith, we are sure that the visual work of the environments will still be one vault impeccable. The same cannot be said of the human figures, which are still a little too “mechanical” and which at least for the moment are in extreme inferiority compared to the Parisian streets. A praise to the music listened to during the rehearsal which perfectly follows the Victorian atmosphere and presses the player especially during the wars between gangs; the alpha obviously presents the English dubbing, while in the full game everything will be translated into our language as usual.

Comment Assassin's Creed Syndicate for now has managed to convince us thanks to the Victorian setting, a brawler protagonist and the introduction of the Rope Launcher that leaves open several new possibilities in the parkour stages. All the rest remains to be seen: from the much criticized AI of the enemies, to where the story will go, without forgetting the other protagonist of the title Evie Frye, sister of our bloody "hero". The appointment with Ubisoft Quebec's London is set for next 23 October. Pros and cons ✓ The rope launcher
✓ Victorian atmosphere x Will the plot of the present continue?
x Effective stability of the carriages

Do you want to be a video game expert and know all the tricks, guides and reviews for your video games ? Holygamerz.com is a group of video game fanatics who want to inform you about the best tricks, guides and tips. We offer you the best information to be a reference in gaming, so here you can find guides, tricks, secrets and tips so you can enjoy your games to the fullest. Are you ready to get all the achievements of that game that you resist so much? Enter now and enjoy your favorite video game to the fullest!
King's Quest: A Knight to Remember review ❯