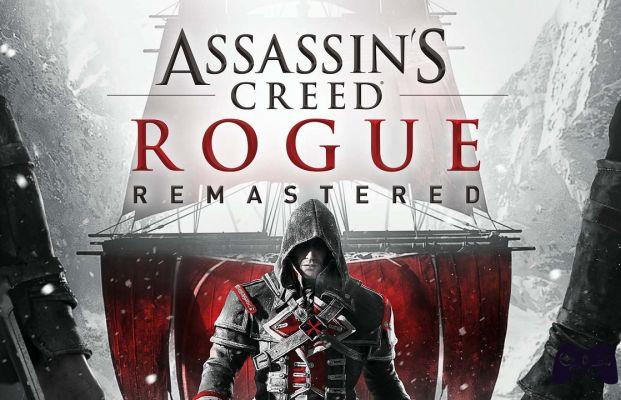 Four years after the release of the original, Ubisoft has decided to finally make our Luca Mazzocco prophetic: Assassin's Creed Rogue arrives on PS4 and Xbox One and…

"Let's wait for the 1080p version on next gen!", We said - or rather, Luca Mazzocco said, since the editorial plural is quite a paracula thing - almost four years ago in the verdict of our Assassin's Creed Rogue review. And Ubisoft certainly wasn't in a hurry to satisfy us, considering that in reality this remaster also runs in 4K - as long as you play it on PS4 Pro or One X. The reasons? Well, we don't know for sure, but in the next few lines whoever is writing will try to give themselves an answer. Not forgetting to say a few words about the game, of course.

Assassin's Creed Rogue was a bold experiment in its time. Today? A somewhat strange operation, perhaps even old

We bring the hands back to November 2014, the year of release not only of Assassin's Creed Rogue but of the revolutionary chapter of the series (in more ways than one) of what at the time was the new generation of consoles, Unity. If four years ago Ubisoft's IP wasn't experiencing its maximum splendor, it was still very close: sure, there was still a bit of the disappointment daughter of Revelations below expectations and an Assassin's Creed III still quite controversial today, but Black Flag had done its duty and - above all - we were finally about to venture into the new generation. Those were the months before of the cold shower of technical problems that would have crippled Unity - the position of the writer, years later, is still this: practically a spin off, but overall an excellent chapter, far from the disaster that critics and users painted at the time - and before the flop of Syndicate (and also the one at the box office) would lead to the gap year of pause, and then go out to see the stars again with that chapter on the edge of the sensational and perfect new beginning that is Assassin's Creed Origins.

In short, the series was still a phenomenon, ready to closely mark the players on two generations of machines.

And this remastering, it must be admitted, goes to pay homage to one of the most risky choices that the transalpine house has taken, in relation to its prince series (waiting, one day, to see the "real" Prince return to the shelves). In the year of Unity, and after years of seasonal releases all quite similar to each other - we still hadn't had the Ezio Collection throwing the weight of all the small differences in our faces, from year to year - it was very easy think that Rogue was the usual more of the same, something to make cash by recycling assets, mechanics and engines from the two previous chapters. And - again, it must be admitted - it is a bit, because undeniably there are similarities and a certain recycling operation is evident.

But underneath these elements there is also a certain courage.

Not unpublished, because to be honest it is not the first time that they take on the role of a Templar within the series, but no less strong or less macroscopic. Shay Cormac, protagonist in the Animus, is an Assassin who decides to betray the cause and go to the side of the Father of Understanding as Haytham Kenway had already done, but this time the change is experienced firsthand before, during and after the choice. The result? Rogue, as on the other hand Unity will do, widens the picture, emerging from the dichotomy that sees the Assassins as the good and the Templars as the bad ones. Before becoming the usual evil corporation that wants to lobotomize the world - before Abstergo and its machinations - there was more, an underlying ideal of men who ultimately aimed for peace, and indeed before the introduction del Credo as we learned about it from Assassin's Creed II onwards, there wasn't that much difference between the two sides. Completed the tutorial, not surprisingly Rogue slams in the face this truth to the player: it is just after Altair introduces the element of Free Will into the vision of the Brotherhood that conflict erupts on a global scale.

Mind you, Rogue doesn't intend to rewrite history (any more than an Assassin's Creed usually does). But it sows doubt, and doubt is essential to grow. 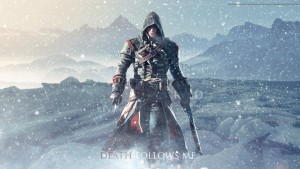 Except that, as we said, everything had been packaged "badly", crushed by the idea of ​​being yet another excuse to make cash on PS3 and 360 and to sweeten the pill for investors, given that on the other side of the chessboard Unity was the first chapter designed exclusively for the then Next Gen, within a series that had never before spoken to everyone in the medium. And from the point of view of the mechanics, although there is some novelty - and it is obviously double-handedly linked to the fact of playing as Templars, for example having to watch your back from the attacks of the sentries (Assassins in disguise, which require an approach and similar attention to that experienced in the multiplayer modes of Brotherhood and Revelations) - you cannot blame these rumors. Not 100% at least, because it is undeniable that the news is missing.

Four years later, if possible, it's even worse.

If playing Rogue in parallel with Unity meant going back a generation, facing Rogue Remastered after Origins is almost done two steps back.


Despite all the evil that can be said of the Parisian chapter, it must be recognized that it was going to modernize and make the game roaming system more fluid, also thanks to the return to more functional settings to the original DNA of the series. Rogue clearly put all this aside, reintroducing the "old" movement system and reinserting it in a context more similar to that of the third and fourth chapter, where among other things we must also remember that he was not the main protagonist (given the presence of naval battles). A direction that, after the second Origins revolution and its The Witcher 3 cut, appears even more anachronistic. A real double jump back, although not coming from years and years of chapters with the same structure can play in Rogue Remastered's favor.

Assassin's Creed Rogue HD - PlayStation 4
On amazon: 29,95 € buy Verdict 7.5 / 10 Templar's Creed Comment Who's writing advice? Well, as a fan of the Rogue series it is a chapter to face. Both because - as mentioned - it sows doubt (and it's a positive thing, even if it doesn't seem so) and because at the time it was not everyone's move, although Ubisoft was undoubtedly still playing it safe. And having to face it, why not do it in high definition (or in 4K) with all the necessary extras? However, we must admit that the mechanics have aged as the series has made not one but two leaps forward. Pros and cons ✓ Sow doubt
✓ Interesting storytelling x Inevitably aged
Do you want to be a video game expert and know all the tricks, guides and reviews for your video games ? Holygamerz.com is a group of video game fanatics who want to inform you about the best tricks, guides and tips. We offer you the best information to be a reference in gaming, so here you can find guides, tricks, secrets and tips so you can enjoy your games to the fullest. Are you ready to get all the achievements of that game that you resist so much? Enter now and enjoy your favorite video game to the fullest!
News New trailer for The Walking Dead: The Final Season ❯