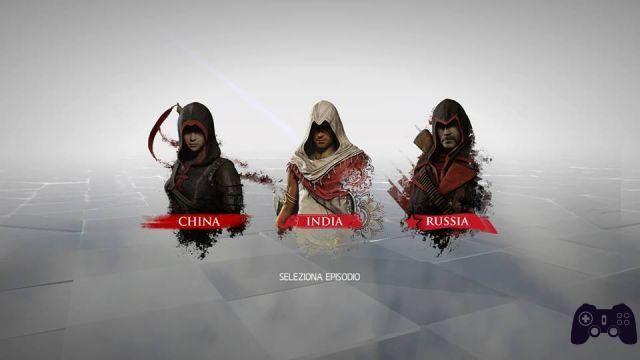 Initially planned as a DLC for Assassin's Creed Unity, Assassin's Creed Chronicles China became the beginning of a stand-alone trilogy, proposed over the last ten months on PlayStation 4, PC and Xbox One. On February 9th, at the same time as the release of Chronicles Russia (last chapter of the series) Ubisoft released Assassin's Creed Chronicles Trilogy(from now only Chronicles) both digitally and in retail version for PlayStation 4 e Xbox One, at a starting price of € 24,99 (for the digital download version) and € 29,99 (for the physical version). After completing the three adventures, it is time to express an opinion on the complexity of the title developed by Climax.

To open the dances of the trilogy (and of the review) we find the chapter set in China, released in April last year (and which we talked about specifically here) and starring Shao Jun, the young almond-eyed assassin who is a pupil of the late Ezio Auditore (and co-star of the short film Embers). Shao Jun's aim is to retrieve the wooden box that belonged to his master, while killing the five Tigers (Templar eunuchs who have eliminated virtually all Chinese killers) in a classic tale of revenge. Chronicles China just begins to weave the plot of the trilogy, showing the player most of the gameplay experiences he will face in the next twenty hours.

China develops its Level Design mainly on different horizontal scrolling planes, in which Shao Jun will have to make his way between Templar guards, and thus obtain one of the three evaluation categories at each check-point reached: Shadow, the most coveted prize, is obtained not killing anyone and staying out of sight of any enemy on the screen (a gray cone that in the tradition of the series will be colored once it comes into contact with the player); Assassin, obtainable by killing at least one opponent, but still managing not to be discovered by hiding the corpse in the numerous advantageous points and finally Brawling, for players with little patience and who do not exploit the gray areas, but prefer to massacre every soldier in the light of the Sun. Each of these three categories has a chrome plating (Gold, Silver, Bronze) and gives, upon reaching the check-point, a useful score to enhance your assassin. In fact, each sequence requires the achievement of certain scores to unlock new moves, equipment expansions and health and Helix bar upgrades (more on that in a moment). 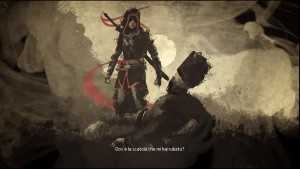 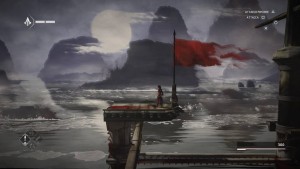 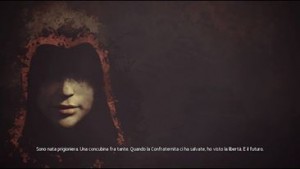 As for the actual gameplay, each assassin will have a rope launcher (R1), four distraction tools selectable with the directional cross and usable with L1 + R1, and simplified movement mechanics (R2 for running, L2 for the slide, X for the jump, Square / Triangle for the attack) and, especially in the first two chapters, will leave complete freedom to the player to choose how to face each situation, or when to use the Helix bar, a real special power with time consumption, which will allow the killer to move undisturbed between one hiding place and another, or to finish off opponents with a single attack, or to blend in while remaining completely still (only in India and Russia).
The twelve sequences starring Shao Jun alternate phases of infiltration with phases of a race against time, chased by flames or explosions. These running phases are the most successful moment of most of the trilogy, not only in China but also in the other two chapters, putting the right rush and dose of adrenaline in the player's veins.

The central chapter of Chronicles is probably the most successful: in the role of Arbaaz Mir, Indian assassin in love with the Princess, you will have to recover a sacred jewel from the hands of the Templars, before they find a certain wooden box. The setting of India it is that of the homonymous country at the time of the English colonization and in fact, in addition to the Templars, you will also have to deal with the British guards. Unlike Shao Jun, however, guided only by revenge, Arbaaz feels pity for his enemies, and does not force the player to kill them: by holding down square in fact, the killer will be able to stun them, leaving them unconscious in hiding places and not affecting the score (obtaining the Dumbledore class, which replaces Brawler); it is always up to the player (except in rare cases for plot or submission reasons) to decide whether or not to kill the opponents.

In India there are also some changes to the gameplay: Chackrams are introduced, which unlike Shao Jun's daggers, can bounce off walls going to cut ropes or supports (and with certain upgrades they can also kill enemies) and in the final sequences the player will be able to become familiar with the sniper rifle, the real protagonist of the last chapter of Chronicles. Even the ratings, in addition to the change of a category, have undergone a positive change: by accumulating only gold prizes, you will get a score multiplier, in order to reach the level upgrades more easily. Finally, the Helix blade, new power of the special bar, which allows you to make corpses disappear if used at the time of killing. 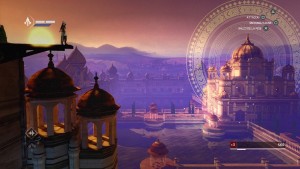 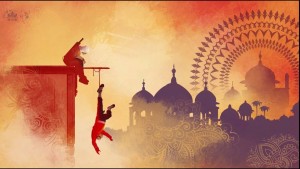 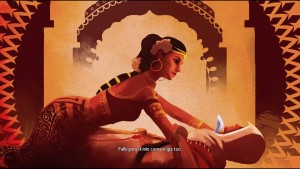 even the events of Arbaaz are told in twelve sequences, in which, however, timed levels will predominate, between caves of the ancients and escapes from elephants, the young killer will have to try to successfully rejoin his beloved, camouflaging himself among the Indian markets and in a couple of occasions recovering costumes to go unnoticed. On more than one occasion Chronicles India recalls the very first Prince of Persia, not only for the setting but also for some level design choices made by Climax Studios.

Having completed Arbaaz's love affairs, he thinks about closing the Chronicles trilogy Nikolai Orelov, known to fans of the Ubisoft series thanks to two comics: The Chain and The Fall. Chronicles Russia is set after the events of the comic, Nikolai is about to embark on the last mission before he can flee to America with his family: he will have to recover a wooden box that belonged to none other than the great Ezio Auditore, and bring it back to the brotherhood. However, when he enters the Tsar's villa, something goes wrong and he finds himself having to help Anastasia, the daughter of the landlord, who has come into contact with both the coveted box and a particular gem. Chronicles Russia allows the player to control both, differentiating the various sequences according to the character used.

Nikolai will be able to rely on an electric winch, capable of overloading the special power supplies or towing platforms, and on the rifle, capable of distracting the guards or obviously knocking them down permanently with a blow to the head. Anastasia instead will exploit the Helix powers (Nikolai will only be able to use them in the New Game +) and will make her way with fury among the opponents.
Despite these good ideas, Chronicles Russia is the most insipid in terms of level design, in addition to forcing the player to behave in a certain way to complete the sequence, depriving him of the freedom of the first two chapters. 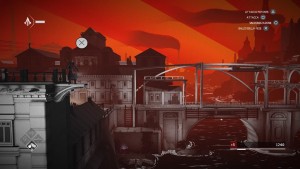 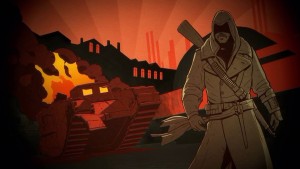 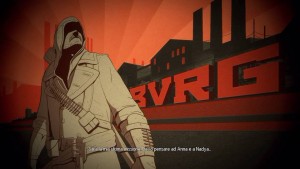 In addition, the difficulty level of Russia is set upwards, much more than its two supporting actors, and there will not be few times that you will find yourself dying due to a badly calibrated jump or a delay in the input of the commands. Not only that, the Soviet enemies seem much more sensitive, and will rush at the slightest noise, making every action full of anxiety and above all unnerving after yet another failure. The problem lies in the wrong calibration of the difficulty, especially when, after the game is over, the real difficult mode will be unlocked (as in China and India) in which the launch of the joypad could become usual. All this could be an obstacle for those who would like to play the title only for the plot and for the sake of the saga.

Each of the three chapters has its own setting made up of lights, shadows and shades that differ and favor one aspect over another: if China gives great space to watercolor backgrounds and bold red brushstrokes, India focuses on the strong impact of bright colors, while Russia on the contrary plays on a gray scale and the inevitable presence of crimson tones. Even the three main themes are convincing and captivating, while the Spanish language dubbing is absent, although every other aspect of the game is translated down to the smallest detail. 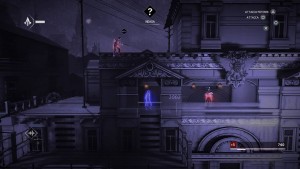 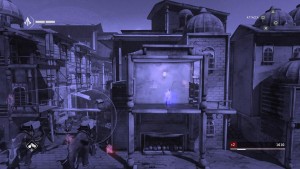 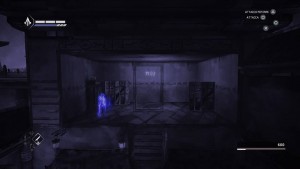 Once you have completed the main campaign you will have two new modes (New Game +, and Hard +) in which you will keep the skills of the assassins but the scores will be doubled and the enemies will become tougher and smarter (and the visual fields will only be visible through Eye of the Eagle). Finally, in each episode there is a triptych of hidden codes (viewable only with the Eye of the Eagle) which, once entered at the end of Russia, will guarantee the vision of a secret ending. All these contents manage to justify the budget price of the trilogy, especially for fans of the series who this year will remain dry-mouthed of a main chapter.

Verdict 7.5 / 10 From Russia with the van Comment Although far from perfect, Assassin's Creed: Chronicles Trilogy Pack is a good interlude for fans of the saga, who will surely appreciate some of the 2D faux gimmicks brought by Climax Studios. The drastic increase in difficulty that separates Russia from the other two titles remains unexplained, which in some phases is really nerve-wracking and hateful. Fortunately, everything fails to bury the rest of the trilogy, which offers not only excellent atmospheres (thanks to landscapes and soundtrack) but also good ideas for the future of the series. The only flaw is the level design, very uninspired and bland, except in rare cases such as running levels or phases in the temple of India. Pros and cons ✓ Intriguing graphic style
✓ Good gameplay choices
✓ Excellent soundtrack x Dull Level Design
x Russia inexplicably unnerving
x Some defect in the controls
Do you want to be a video game expert and know all the tricks, guides and reviews for your video games ? Holygamerz.com is a group of video game fanatics who want to inform you about the best tricks, guides and tips. We offer you the best information to be a reference in gaming, so here you can find guides, tricks, secrets and tips so you can enjoy your games to the fullest. Are you ready to get all the achievements of that game that you resist so much? Enter now and enjoy your favorite video game to the fullest!
OlliOlli Review 2: Welcome to Olliwood ❯