Are VPNs legal and safe to use? (Depends) 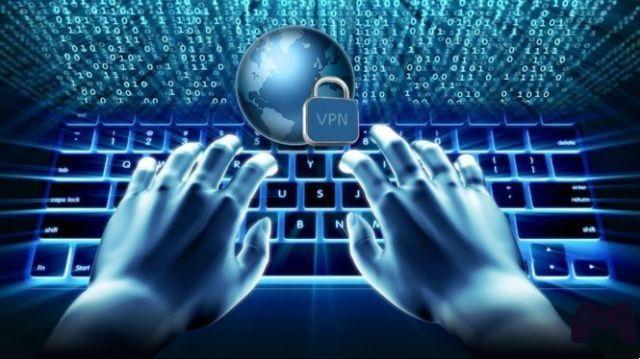 Are VPNs legal and safe to use? (Depends) As Internet users grow exponentially, so does the risk of stumbling upon a phishing website or unsafe domains. The consequences of unsecured internet browsing are so severe that you could even fall victim to identity theft just by revealing your name, email ID, age and phone number!


So, any website asking for such details should be a trustworthy website, but how do you understand?

The virtual world is full of traps and pitfalls, and there is no absolute certainty of knowing what is safe and what is not. You could download a harmless viral video or the latest season of some famous show and open the gates of vulnerability. In this reality, VPNs are perhaps the safest way to make anonymous data transfers over the Internet. But are VPNs legal? And more importantly, are VPNs safe? Let's find out.

Are VPNs legal and safe to use? - What is a VPN?

Before asking the question “the VPNs are safe? " let's try to understand better what a VPN really is. To put it simply, VPN (or Virtual Private Network) is software that you use to stay anonymous on the internet, and it is particularly useful for protecting you from your internet service provider or even the government. These tunneling software connects your network through a variety of servers around the world, so the hosting site has no knowledge of your current and exact location. Your IP address is a unique ID for your virtual presence, and a VPN will spoof your IP so that you can basically assume a new and unknown identity.

Some websites impose geo-blocks where web content can only be accessed by those present in a particular continent, country or location. A VPN can bypass this limitation by allowing access from any geographic location. For example, if some content is only available to internet users residing in the United States and is blocked for viewing in Spain, you can effectively use a VPN to trick the website into believing that you are using a connection. Internet in the United States.

Are VPNs legal and safe to use?

So, as we mentioned earlier, VPNs can be used to avoid being tracked by the government, of course, would raise the question: what are the Are VPNs Legal? The answer to this question is quite specific to each country, but a more generalized answer is Yes. VPNs are not illegal. However, this is not the case worldwide as VPNs are outlawed in some countries (more on that later). While VPNs may be legal in most countries, it goes without saying that carrying out illegal VPN activities such as spreading viruses, selling drugs and / or copyrighted material could still make you liable for any legal action.

Countries like the United Kingdom, the United States, and Canada allow the use of VPNs. However, VPN service providers must abide by the guidelines set by the government authorities of that particular country in which their organization is registered. Most countries accept the legitimate use of VPNs because it has some distinct advantages such as:

This security is not only limited to any casual Internet user, but is also extended to large corporations and government organizations. VPNs are used as a line of defense to protect sensitive data and intellectual property. Banking environments also use VPNs to provide an employee with access to their workstation when working from home.

In the present times, anonymity and privacy are the concerns of every individual. Whether they feel they are being monitored by the government or just want to escape the clutches of targeted ads, more and more people are using VPNs to securely protect their connections. With VPNs, even your VoIP calls can't be tracked or monitored.


These professionals overcome the major drawbacks of using a VPN, making it legal in most countries.

Are VPNs legal and safe to use? - Countries where VPNs are illegal

As mentioned above, most countries allow the use of VPNs, but some have strict laws against them. So, here are the countries that have banned or are regulating VPN services.

The Russian government is known to operate a robust surveillance system. So, needless to say, any technology that offers anonymity, such as VPN, proxy, Tor, etc., has been banned and considered illegal by the government. This action also ensures that citizens do not have access to web content that the government does not want to allow.

Using a VPN is illegal in China. The Chinese government tracks all online activity and controls, censors and regulates the web content that citizens can access. Although, in theory, the country has registered VPN service providers, but in practice they have to comply with a strict and rigid set of guidelines imposed by the government. This basically defeats the whole purpose of using VPNs in the first place. In addition, some regions of China block the use of the VPN regardless of the provider.

Following the actions taken by the leaders of the countries banned by the VPN, the From Russia and from China, Belarus also banned VPN and Tor services which offered a certain amount of anonymity. Internet service providers of Belarus must cross-check with the daily list of services that are prohibited. This list is published by the government agency.

Iraq has been the nerve center of terrorist activities since the resurgence of ISIS. Therefore, in order to track every internet activity and monitor every internet user, the VPN was completely banned. While this action may seem necessary to ban terrorists, the citizens of the country must compromise on their security and privacy. Interestingly, the government and government organizations have no qualms about using VPNs.

Oman has been active in censorship and therefore it is not surprising that Internet access is regulated in addition to traditional media. Therefore, to maintain the fortress, the VPN is banned in Oman.

Turkey has attempted to ban all social media platforms and any means of accessing them. Therefore, the Turkish government has blocked various other websites which include VPN providers.

The UAE imposes a hefty fine on those who use a VPN. The amount amount can go up to $ 575,800. This is because the government wants to support the telecommunications industries. These industries suffer large losses due to VoIP services reducing their profit margins.

Saudi Arabia witnesses a special scenario where the use of VPNs is legal, but government authorities have blocked nearly 4.000.000 websites. Practically like the UAE, the country has also blocked VoIP services to boost its telecommunications sector. Later, the Saudis started using VPNs to access these services. Fortunately, with the VoIP lifting ban, VPN use may not be necessary after all.

Countries like North Korea, Iran, and Turkmenistan restrict the use of VPNs under their general internet censorship and restrict internet access, but they also have some approved VPN service providers who can offer this service. Furthermore, this list of countries is not exhaustive because the laws governing a country are quite dynamic and can change constantly. Therefore, users are advised to check their local legislation.

VPNs are certainly safer than using proxies as it involves data encryption which can safeguard your information. On the surface, the idea of ​​using a VPN for fortified security, anonymity and privacy may seem like an ideal situation, but it comes with its fair share of pitfalls.

When it comes to accessing free VPNs, it's important to understand that nothing is ever completely "free". VPN providers that offer services for free can actually allow malicious third parties to collect your personal data. They can also give you access to your internet connection, using rogue entities that can carry out illegal activities.

Some VPN service providers who sell their goods for free may track and keep records of your IP address and internet usage history. These personal documents with all your information could be sold on the dark side of the internet. Compared to this, paid VPNs may seem like a more attractive option to take advantage of these services.

add a comment of Are VPNs legal and safe to use? (Depends)