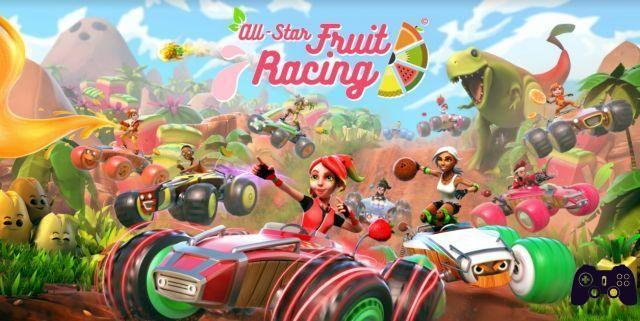 You say karts and video games and you inevitably think of Super Mario, and 3DClouds knew what death they would go to with a debut title like that ... Yet All-Star Fruit Racing is not a completely fruit operation, it just stumbles on the fundamentals

One thing must be premised: All-Star Fruit Racing has a couple of ideas that, at least on paper, are very good. Or rather, they underline the difference between the 3DClouds product and a generic kart game released on consoles, a segment dominated by unsuspecting times by Mario Kart and absolutely impervious terrain. for everyone else. Not why you can't beat Nintendo to his game, mind you - indeed, those who are writing these lines are convinced that Mario Kart 8 is definitely far from perfection and that a little competition can only do well, around Kyoto - but because on the one hand the user has in his eyes the spin off of the plumber (who is no longer a plumber) and often and willingly finds himself crushing even successful emulators, on the other hand, to play it on an equal footing you have to do things right, in addition to having more or less original ideas.

All-Star Fruit Racing stumbles upon the fundamentals, nullifying all the good intuitions behind it

Let's start with what it works.

Or at least, from what on paper makes the difference compared to other kart games and that with a little more cunning would have really allowed 3DClouds to stay with the tires firmly on the track, instead of ending up on the dirt road.

Not the classic power-ups ...

We are not limited to collecting "mystery boxes" that give random upgrades in the style of Mario Kart, but it seems from an intuition of the ancient Diddy Kong Racing - where the upgrades were divided into "classes", and the player could decide to time to time which one to harvest - and sow on the street ... Well, seeds. Collecting these (there are four categories, each associated with a color) you go to fill the corresponding container, and then it's up to the player to decide how to combine the fruits together to give life to usable weapons. The front keys are used to "disconnect" the containers from this sort of mixer, so as to be able to modify the weapon that you are going to select while racing and introducing a certain strategy and planning component at this level. 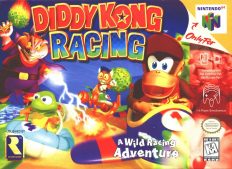 To learn more:
Relegation: Diddy Kong Racing… But the UX had to be studied better

First problem: this is not the case immediate associate weapon icons with their effects, let alone memorize what color combinations are needed to create a certain power-up. What on paper was a good idea then pad in hand reveals itself cumbersome, almost frustrating, and you fully realize it in those races where actually on the track you collect the finished and finished upgrades, randomly generated in Mario Kart style.

The other big difference with Mario Kart - and in this sense the idea is taken from Double Dash - is that each character is associated with a sort of final move, usable only on condition that all four containers of the different colors have been filled to the maximum.

And here the problems are different.

Some tuning is needed

In the first place, the characters are all quite anonymous. These are girls each associated with a fruit (in the intentions and in the video it is so, in reality not all names immediately recall the fruit they belong to). It goes without saying that also in this case the mnemonic character-move association is not automatic, and introduces another level of intricacy that is added to what was described above. Second, the balancing is far enough from perfection: inevitably some super-weapons are more effective than others (why use a boulder-style coconut from Raiders of the Lost Ark when you can play Terminator with homing missiles?), influencing the choice of the pilot. to compete with. A pity, because then the possibilities of customization of the vehicle are not lacking.

But beyond all these flaws, the biggest problem is another:

The physics is in general a bit too rough, it happens to be able to "cheat" during a drift by bumping into an obstacle and seeing your vehicle slide sideways during the collision, where in another title of the kind one would have expected a some kind of penalty. And more generally, it is the response on the track that tends to bring the various terrains together a little too much, in a genre that has now accustomed our palates to greater variability, often even within the same circuit. In short, in the end All-Star Fruit Racing stumbles on the fundamentals, probably paying for its being the debut title of the developer. In the end, all the defects that the writer found in the title are due to a certain basic naivety, but on the other hand they can easily be fixed with some updates - without necessarily waiting for a real "chapter 2".

Verdict 6.5 / 10 For the moment it is more MehRio Kart Comment Mario Kart is not an invincible monster, it is "only" a normal monster (and which lately has also been resting a little on its laurels). But to be able to do better than Nintendo, original ideas are not enough, and it is not enough even to put them into practice with a practical sense that for now All-Star Fruit Racing does not have: it is necessary first of all to do the fundamentals well, to play it equally in track, to then raise the bar and finally be able to bring home the result. In this sense 3DClouds has a sin of inexperience, but the final result is not to be thrown away. Pros and cons ✓ Original ... x ... But naive
x Slightly anonymous pilot design
Do you want to be a video game expert and know all the tricks, guides and reviews for your video games ? Holygamerz.com is a group of video game fanatics who want to inform you about the best tricks, guides and tips. We offer you the best information to be a reference in gaming, so here you can find guides, tricks, secrets and tips so you can enjoy your games to the fullest. Are you ready to get all the achievements of that game that you resist so much? Enter now and enjoy your favorite video game to the fullest!
Special Galeotto was: Hellblade - the ending explained and questioned ❯