What is the difference between bits, bytes, megabytes, megabits and gigabits? 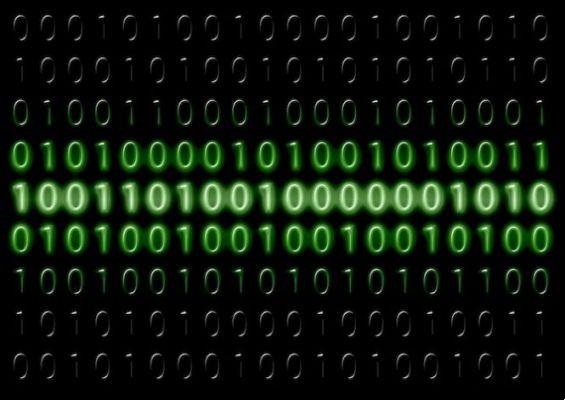 The terms bits and bytes in computer networking refer to standard units of digital data transmitted over network connections. There are 8 bits for every 1 byte. The prefix "mega" in megabits (Mb) and megabytes (MB) is often the preferred way to express data transfer rates because it mainly deals with bits and bytes in the thousands.


For example, your network may be able to download data at 1 million bytes per second, which is more appropriately written as 8 megabits per second or even 8 Mb / s.

Some measurements return massively valued bits such as 1.073.741.824, which is how many bits are in a single gigabyte (i.e. 1.024 megabytes). Plus, terabytes, petabytes, and exabytes are even bigger than megabytes!

Read also: Terabytes, Gigabytes and Petabytes: what do they mean?


How bits and bytes are created

Computers use bits (short for binary digits) to represent information in digital form. A computer bit is a binary value. When represented as numbers, bits can have a value of 1 (one) or 0 (zero).

Modern computers generate bits from higher and lower electrical voltages that pass through the device's circuits. Computer network adapters convert these voltages into the ones and zeros needed to physically transmit bits across the network link, a process sometimes called encoding.

The methods of encoding network messages vary according to the transmission medium:


A byte is simply a fixed-length sequence of bits. Modern computers organize data in bytes to increase the data processing efficiency of network equipment, disks, and memory.

Examples of bits and bytes in the computer network

Even casual users of computer networks will encounter bits and bytes in normal situations. Consider these examples.

You can see how fast your network can download and upload data with an internet speed test site.

Conversely, computer storage devices such as USB sticks and hard drives transfer data in units of bytes per second (Bps). It is easy to confuse the two but the bytes per second are Bps, with a capital "B" while the bits per second use a lowercase "b".

Wireless security keys such as those for WPA2, WPA and old WEP are sequences of letters and numbers usually written in hexadecimal notation. The hexadecimal numbering represents each group of four bits as a value, a number between zero and nine, or a letter between "A" and "F."

How to convert bits and bytes

It's really easy to manually convert bit and byte values ​​when you know the following:

A much easier way to get these conversions is to use a calculator such as a bit calculator. You can also estimate the values ​​by entering the question in Google.

What are the differences between RAM memory and ROM memory? ❯

add a comment from What is the difference between bits, bytes, megabytes, megabits and gigabits?