What is 5G and how does it work? 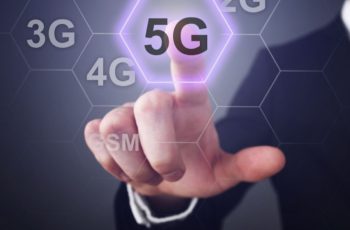 What is 5G and how does it work? In a few years many of us have disconnected from the fixed network to connect to the Internet with one connection up to 1 GBps with our mobile phones. The world is moving fast, and as it progresses, more people have access to the 4G network, which is starting to saturate because there are too many devices connected.


What is the difference between a 4G and 5G network?

This implies lower speeds, interference, etc. The solution? Make the leap to 5G. What is 5G and how does it work?

We talked for a long time about 5G, about connection of the future, the one that will revolutionize connected devices, the Internet of things, autonomous cars ... But what exactly is 5G? How does this not-so-new technology work? Well that's exactly what you will find out in this article.

As you know, each new generation of networks means an improvement in speed and functions. If the 1G network allowed us to make calls, 2G allowed us to send SMS and 4G allowed us to stream videos on demand. The 5G network will be able to host up to a thousand times more devices than there are now and it will be up to 10x faster (that is, we can download FullHD videos in a matter of seconds).

The real answer is that we don't know well enough yet, since the experts have not been able to offer a definition. What is clear is that, roughly speaking, it is a commercial way of calling a new spectrum of waves which would allow to release the current 4G network and host more devices. Although the 4G network reaches XNUMX GB of transmission speed, the users cannot take advantage of this speed due to obstacles such as trees, buildings, etc. 5G should solve this problem.

This new network would increase the speed to 10GBps, more than enough speed for smart cities, autonomous cars and the Internet of Things, to be set up productively. More or less, this would be a cursory explanation of what 5G is, but what you should know is that behind this new connection are five technologies that must go hand in hand.

What is 5G and how does it work? The technologies needed for 5G


To see it explained in video, go directly to minute 1:13

Each of the devices connected to the network uses a very specific frequency of the entire radio wave spectrum. In particular, the 4G network is less than 6GHz. This wouldn't be a problem if there weren't many connected devices. It's like one road with few lanes and more and more cars. They will all pass but little by little, generating a bottleneck.

With this technology you want use more frequent spectra, increasing the margin to 300 GHz (a band that has never been used for mobile networks). It's like you've added ten more lanes to that road from before. The machines will move smoothly and jams will be eliminated, that is, having more spectrum available, more devices will be able to connect to the network without saturating the network and there will be more bandwidth for everyone.


However, when using higher frequency waves, we have a problem, is that they have great difficulty in passing through obstacles like buildings and tend to be absorbed by trees and rain. To solve this problem it is necessary to resort to the second technology.

What is 5G and how does it work? With smart antennas!

To do this, you need to smart antennas, which are nothing more than repeaters. These repeaters, smaller antennas than a telephone, can (and should) put in town to bounce the signal and reach places that otherwise could not be reached by the signal, solving the problem we mentioned earlier.

MIMO stands for Multiple Inputs Multiple Output. The 4G antennas we all connect to every day have one dozen small doors who are responsible for managing the connection of all mobile traffic. The new Massive MIMO antennas can have hundreds of these doors, and allows you to manage up to 22 times more mobile connections.

Of course, these antennas have their own complications. The current antennas, with twelve doors, emit the signal in all directions and already causing a lot of interference, imagine what it will be like when there are antennas with more than a hundred ports. The interference would be enormous and the network would be almost unusable. This is where the fourth technology comes into play.

Shaping of beams or beanforming

Beamforming is like a traffic light for mobile networks. Instead of antennas emitting signals in all directions simultaneously, this technology allows them to issue to certain users, that is, directly to your mobile. This would avoid interference and is much more efficient than a single antenna handling all connections and would also allow a single antenna to manage many more data inputs and outputs.


Its operation is complex but very curious. Imagine you go to the street and want to make a call. The signal bounces around buildings and objects around you and is received by a massive MIMO antenna, which records the time it takes to arrive. Then it uses an algorithm for triangulate the place of origin of this signal and sends the data following an optimal route.

The most interesting thing is that, to avoid interference, the antennas, using beamforming, they can bounce data packets into buildings and in objects in such a way as to never interfere until it reaches the recipient. Imagine a pool table where all the balls move at the same time but without touching each other until they reach the hole. This brings us to technology number five.

What is 5G and how does it work? With Full Duplex technology

This is due to the principle of reciprocity, which is the radio wave trend of travel back and forth on the same frequency. Imagine a train. The tracks can carry a single train, but they cannot make another train walk along the same track, because they would collide. Trains are the data sent and received and the collision would be interference. What has been done so far? Because if one person is speaking, the other cannot speak until it finishes.

The solution? That the incoming data goes on one side and the outgoing data on the other, right? Full Duplex goes further, since the use of silicon transistors can momentarily orient a signal. It is as if we have a binary, for a period of time they become two and then go back to being one.

Everything is pure and simple theory, scientists are still working on these five technologies to be as efficient as possible. At the moment we have to wait, although it is clear that soon we will have more speed, more efficiency and more possibilities to make this world a more connected world.

What is Blu-ray? Everything you need to know about Blu-ray ❯

add a comment from What is 5G and how does it work?