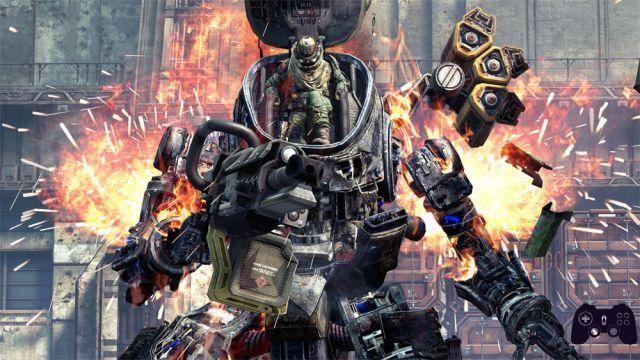 The 2016 edition of Gamescom allowed us, again at the invitation of Electronic Arts, to take to the battlefield of Titanium case 2, rehearsing some of the contents of the first beta session that was taking place in parallel with the Cologne event. We were therefore able to play a couple of games in the new mode Bounty Hunt, and we report our impressions below.

The Bonty Hunt mode, in practice, is a team mode where the aim is to accumulate bounties by eliminating opponents. The basic rewards are given when you eliminate an enemy (be it a bot or a "human" not controlled by the CPU), but by killing the specific targets indicated during the game it is possible to accumulate more credits. The loot, however, does not automatically end up in the team's coffers, but must be deposited manually (by going to one of the marked safes) between one battle phase and another, which allowed the developers to make things a little more interesting. : every time you are killed, the accumulated cash hoard drops by a few units, mechanics that incentivize the hunt for the opponent even if this is not marked by specific sizes.

The insertion of the grapple is much appreciated

From the playful point of view, however, the gameplay is a very close relative of the adrenaline and arcade one seen with the first chapter: there is no presumption of staging realistic battles or long skirmishes (gravity, for example, has no effect on bullets. fired), but on the other hand Titanfall 2 thanks to the extreme mobility of the characters in the phases "on foot" gives a frenetic feeling to the maneuver and makes the action intense. The big news this year, which accompanies the already seen parkour of the first iteration (and the possibility of using a jetpack for travel) is a grappling hook, also with reload, which allows you to quickly scale the vertical sections of the map, further increasing the player's mobility and, as far as we have been able to try, also combining discreetly with the skillset of movements already seen (during the climb you can still use the support surface to jump). The grappling hook is definitely useful when it comes to engaging an opponent aboard his Titan, since it is possible to hook onto these mechanical mastodons to remove part of the protection at the first "hit" and then, repeating the maneuver again, doing drop a grenade into the freed conduit. Undoubtedly spectacular maneuver, but one that leaves enough open to possible attacks by the target's allies, who in our game in Bonty Hunt arrived quite on time (especially if the targeted Titan had a bounty on his head). 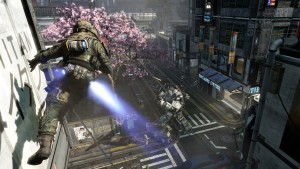 From a technical point of view, the build at our disposal seemed more than up to the occasion: both on the ground and on board our Titan we have not suffered any slowdowns whatsoever, finding the experience always on the piece and capable of guaranteeing the necessary fluidity to a product with such a DNA. The balance, as usual, is an aspect that instead we should evaluate once on the field, but the premises also on this front leave us calm: we managed to take out more than a few Titans on foot and, on the other hand, on board the Titan. we were forced to eject ourselves from the cockpit (not always succeeding in time) before it exploded, a sign that once again there is not one of the two "souls" of Titanfall 2 to totally take over the other.


Comment We cannot say if Titanfall 2 will be a success: the EA title comes out in a decidedly hot period for the shooter market and, more generally, for the videogame industry, in a time window that in a few weeks concentrates many titles of first band (whether shooting or not in the game). And we don't even know how long EA will support its creature after launch, another crucial aspect for such an experience. What we do know is that, however, the half hour spent in the company of the title has left us pleasantly satisfied and that the news seen and glimpsed seem to work great. The cards are therefore all in order, you have to see what the opponents have in hand. Pros and cons ✓ Adrenaline and fun
✓ The grapple
✓ Bonty Hunt works great x It comes out in a fiery time
x Balance and post-launch support to be verified

Do you want to be a video game expert and know all the tricks, guides and reviews for your video games ? Holygamerz.com is a group of video game fanatics who want to inform you about the best tricks, guides and tips. We offer you the best information to be a reference in gaming, so here you can find guides, tricks, secrets and tips so you can enjoy your games to the fullest. Are you ready to get all the achievements of that game that you resist so much? Enter now and enjoy your favorite video game to the fullest!
Game of Thrones Ep. 3 - The Sword in the Darkness ❯

The Legend of Zelda preview