Things that will get you banned from TikTok 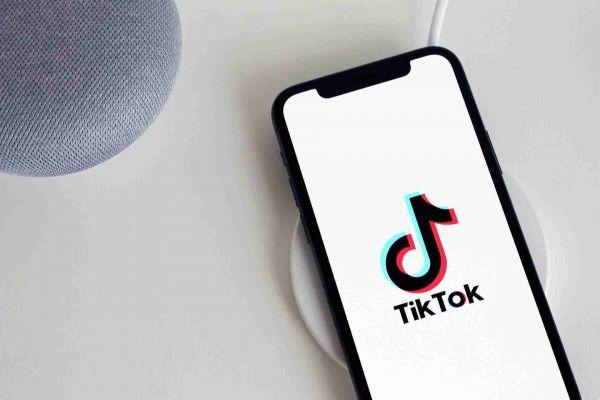 There are some lines you shouldn't cross on TikTok if you don't want your account to face a permanent ban.

Keeping your TikTok account safe from being banned is a pretty straightforward process. Just don't go against the app community guidelines multiple times and you are safe.

But there are serious crimes that the app takes seriously that could lead to a ban. Here's a look at the actions that could result in a permanent ban on TikTok.

Why does TikTok ban you?

Before we get into what will get you banned on TikTok, it's important to understand why the app has a policy of banning users in the first place.

TikTok is a platform designed to be used for entertainment and creativity. The app has community guidelines to make sure all users follow the same rules.

If someone repeatedly violates community guidelines, their account may be banned from the app. This is done to make sure the app remains a safe and fun space for all users.

Now that you understand why users get banned, let's take a look at what could get you in trouble.

What will get you banned on TikTok?

Here are some of the things that can get you banned from TikTok based on its community guidelines.

If you intend to use TikTok, you will need to refrain from posting content that incites or promotes any form of violence on the app. Supporting, directing or encouraging other people to commit violence is grounds for terminating your TikTok account. This is made clear in the, which state:

“We do not allow people to use our platform to threaten or incite violence, or to promote dangerous individuals or organizations. When there is a threat to public safety or an account is used to promote or glorify off-platform violence, we can suspend or ban the account. "

Repeated posting of content that incites violence or encourages terrorist attacks ultimately leads to the ban.

Posting content that describes or promotes sexual exploitation, or nudity in general, can lead to being banned from TikTok.

Content that glorifies grooming and other forms of malicious activity involving minors violates TikTok community guidelines and may equally result in your account being terminated.

TikTok does not allow content that describes or promotes any form of self-harm. Content that promotes suicide, self-harm and eating disorders can get you kicked off the platform.

Likewise, posting content that encourages taking part in risky activities in a "non-professional setting" is against the guidelines of the TikTok community. Repeated posting of content promoting amateur stunts and other games that could cause injury can earn you a ban on TikTok.

You might not like it if you're a lover of horror movie clips, but TikTok prohibits posting or streaming content that is "shockingly free" or "glorifies extreme violence or suffering." This includes blood, such as posting video graphs of accidents and injuries.


This is really understandable because many minors are very active on the platform.

Content depicting harm to people or animals is removed, and continued posting of violent content ultimately leads to a permanent ban.

Posting or streaming videos that promote illegal activity can get you banned on TikTok. This includes posts that describe acts of physical harm, human exploitation, illegal wildlife trade, or violation of the law in any way.

It is also not allowed to share content that instructs people on how to commit illegal activities.

Repeated sharing of content that promotes the use of firearms, drugs, alcohol, and tobacco can also get you banned from TikTok.

Threatening to hack or dox someone to blackmail them is another way to get your TikTok account banned.

You can also be banned by TikTok for sharing content that threatens to release another user's personal information such as home address, private email address, private phone number, bank statements, social security number or passport number.

All forms of spamming and false engagement put your TikTok account at risk of being banned. Sharing content that promotes fake engagement such as buying or selling views, likes, followers, shares, or comments also goes against TikTok community guidelines.


Impersonation, opening a TikTok account with someone else's details with the intention of misleading people, can also get you kicked out.

Finally, you may also be banned on TikTok for sharing incorrect information that could potentially cause harm to an individual or community.

If you would like to read these documents in their entirety or find further guidelines for other concerns, please feel free to consult the page.

How not to be banned on TikTok

The way to avoid getting banned from TikTok is simple: don't violate its community guidelines.

But obviously it's not always easy to follow the rules, especially when you don't know what they are. That's why we've summarized some of the key points you should keep in mind when using TikTok.

Just make sure you:

Sticking to these simple guidelines prevents you from getting banned.

How to make an original sound on TikTok

Microsoft is about to buy Tik Tok, thanks to Trump

TikTok, the US backs off: no ban, for now

Tik tok web: how to use TikTok from computer