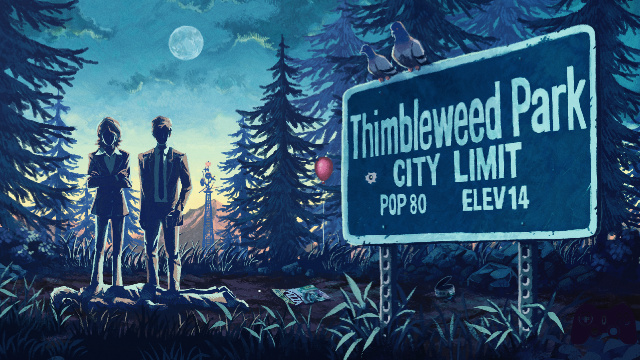 Thimbleweed Park is the most authentic remnant of LucasArt's golden age, resurrected from the SCUMM Necropolis with the express purpose of reminding everyone of the meaning of “Graphic Adventure” and of Ron Gilbert's signature.

And in these few lines we would have already said everything, summed up to perfection the strengths and weaknesses of a product that will make you happy of all those guys (now no longer very young) weaned from the fearsome pirate Threepwood and forced into the role of Dave Miller - the same ones who perhaps, at the release of a product in open controversy with tradition such as Full Throttle, had labeled as pussies all those who found the new action wheel more comfortable by denying the classic verb interface (which yes, in Thimbleweed Park back in vogue). But at the same time Ron Gilbert and Gary Winnick have reminded everyone else of the flaws of a kind, why then at a certain point it was shipwrecked in a sea of ​​nonsense and meta-referential quotations up to the episodic reform of Telltale and his followers.

In short, all or nothing: because to return to 1987 you have to give up much of what 2017 offers. For better or for worse.

It was inevitable to return to the subject for the third time after the landing of the title also on Nintendo Switch (Thimbleweed Park, we remind you, is already available on PC and living room consoles), a platform that - the ambivalent interpretation that can be given to this type of adventures were not enough - with the occasion she also shows two faces when it comes to experience.

Rubber chickens and pulleys in between

We are no longer accustomed to certain things ...

Do we really need to summarize the background of Thimbleweed Park arrived at the third Thimbleweed Park review on our pages? The story, however, begins with two stereotypical detectives (and it starts immediately with citation, as Ray and Reyes could participate in a contest for Mulder and Scully's 16-bit look-alike) sent to the town of the same name - 18 souls, even if the telephone directory shows 3000 entries - to investigate on the murder of John Doe on duty yet to be identified. But the investigations they are just a pretext, because after the first handful of acts, the two are joined by other controllable characters, each with its own character and objective. A foul-mouthed cursed Clown who can't take his makeup off his face, a video game developer who works for MmucasFlem (if you don't recognize the quote, you're probably not ready to play Thimbleweed Park) and also a ghost, Franklin, which will also feature an exclusive set of actions and interactions due to this not-all-dead status. As a pretext, some of the elements included in-game will be, which at the end of the experience will remain unresolved going to create holes and gross deficiencies in the fabric of the stories told: anticipating something in this sense would be killing Thimbleweed Park in the bud, so we will limit ourselves to saying that - simply - all this is sacrificed to give body and soul to a narrative plane "higher", which on the one hand will definitively destroy all the ambitions of a vaguely hard boiled police force but on the other, we said it, is the perfect legacy thirty years late than what LucasArt has been able to give in its most shining hour (ironic, given that the experience is practically all set at night).

Do not deceive the first moments of the game: Thimbleweed Park is a product that is difficult to take seriously, full of quotes and tributes and disrespectful towards the fourth wall. Tremendously disrespectful.

We cannot therefore blame our Luca Mazzocco for having included the "questionable final" item in the table of cons, both because we are talking about a character who here on Holygamerz (but also for professional deformation) gives a lot of importance to history but above all because in 2017 we are simply no longer used to a concentrate of nonsense and lightness so unsettling, which may seem a Linus blanket too short to justify some inconclusive choices but - and it must be admitted - makes sense of everything, from the anachronisms proposed in-game to some solutions which usually the player does not give too much weight, appealing to suspension of disbelief. You will like it? Difficult to say, we can only repeat what was said at the beginning: if you are a fan of fu-LucasArt there is a very good chance that yes, Thimbleweed Park will un important place in your personal showcase of happy playful memories. Especially if you play a maximum difficulty - with more intricate, abstruse puzzles and in the middle of the “Rubber chicken with a pulley in the middle” area. 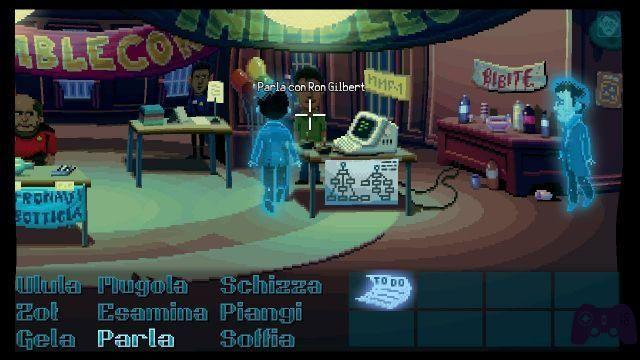 We don't really want say over on the aspects closest to the playful experience that Thimbleweed Park offers, so as not to spoil the surprise and spoil the flavor of the grandmother's cake that Ron Gilber pulled out of his 80's sweet oven. Onexperience offered by the platform under analysis, however, it is necessary to say a few more words: unless you have lived in a cave, you know very well that the strength of Nintendo Switch lies in its hybrid nature and in its being able to be lived comfortably on the sofa in the living room or from the 5-inch window of its display in portable mode.

In the case of Thimbleweed Park, the choice between laptop and TV is drastic: on the one hand the phenomenal controls, on the other many limitations.

Perfect in portable mode, some shade in the living room

Because clearly the mode outside the dock station allows you to take advantage of the console touchscreen, which becomes very useful for quickly selecting objects on the screen and simplifies interactions with the verbs interface above: point and click, in the best possible approximation what happens on PC. And the developers have undoubtedly worked well, choosing very intuitive gestures and shortcuts: double tap to use the default action on the selected object, long tap to highlight on the screen all the elements with which you can interact and a combination of the two to speed up the movements of the character on the screen. Touch controls are well studied and make the experience very comfortable, with the surplus to have in any case available even physical checks of the two joycons for some mechanics in which they work best (for example, running dialogs without having to wait for the voice to finish "reading" the subtitle). If you decide to play on your home TV, however, you give up all this, and here is Switch pays for the absence of a touchpad equivalent PlayStation 4 on its controller; the obstacle could have been circumvented by allowing you to aim using one of the two Joycons (a solution already seen in the Wii era for similar products), but it is a feature that at least for the moment it is missing. So, although in recent months we have often and willingly followed the mantra of "on Switch is better" when it came to indie products, specifically we prefer to abstain: it depends on how you intend to play Thimbleweed Park, whether on the move or in the living room . At home, the PC and PS4 versions probably do better, while outside the home the Nintendo laptop can have its say. Although it must be considered that Thimbleweed Park lends itself to being played safely even on mobile - perhaps on tablets - and therefore the competition, even away from home, is not lacking. But that's another story. 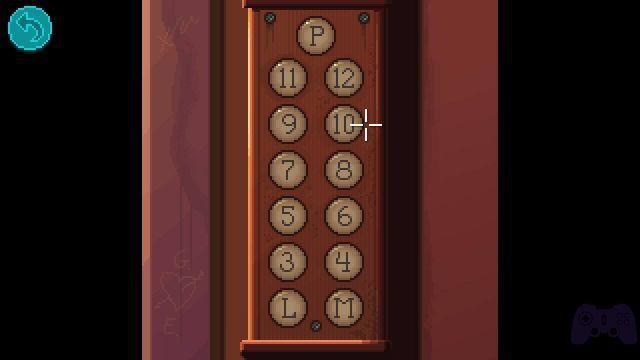 ... To the less obvious ones (look lower left and review Monkey Island)

Verdict 8.5 / 10 Strange that no one sells leather jackets ... Comment Thimbleweed Park displaces. It is confusing because after thirty years we are simply no longer used to certain things, after thirty years we take the medium more seriously and we expect - more or less lawfully - that the developers do the same. Ron Gilbert, however (luckily!) Doesn't care and does what he does best, giving us a product that has all the connotations of being a posthumous work by LucasArt, published after the house that made the Graphic Adventures famous closed. the doors and others - playing it very differently - have emptied the original meaning of the label to fill it with more modern concepts. We don't know if you will like it or not - indeed, we don't even know if we liked it for reasons of identity card or not - but it is certainly a product that has a lot to say. Lightly and without taking yourself seriously, but that's right. Pros and cons ✓ A Graphic Adventure with all the trappings
✓ Well thought out puzzles
✓ Genal dialogues x A Graphic Adventure with all the trappings (nonsense included)
x Best in portable mode
Do you want to be a video game expert and know all the tricks, guides and reviews for your video games ? Holygamerz.com is a group of video game fanatics who want to inform you about the best tricks, guides and tips. We offer you the best information to be a reference in gaming, so here you can find guides, tricks, secrets and tips so you can enjoy your games to the fullest. Are you ready to get all the achievements of that game that you resist so much? Enter now and enjoy your favorite video game to the fullest!
Pokkén Tournament Preview (Arcade) ❯

Atelier Firis review: The Alchemist and the Mysterious Journey