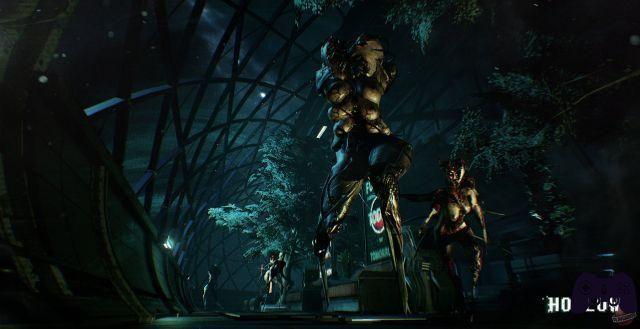 If you are a lover of the dark and eerie spaceships of Dead Space or Syndrome, The Hollow could be the title for you!

When it comes to making a themed gaming product horror, the first thing to think about is the setting in which to set one's production. Over the years we have been able to see different atmospheres related to this type of videogames, but we admit that in recent times (except in rare cases) it seems that the market has "fossilized" mainly on abandoned houses e spacecraft / space stations invaded by mysterious entities. The latest work of MMEU published by Forever Entertainment, which takes the name of The Hollow, is no exception and throws us into the Shakhter-Uno resource vessel to try and find out what went wrong. Will the developers be able to create a satisfying story and able to conquer us to the end or is it the usual horror-themed adventure in space?

The horror genre, within the videogame panorama, remains one of the genres most appreciated by the general public 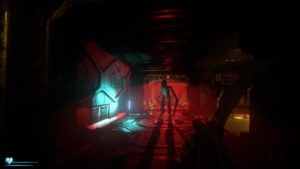 Death is a woman

Let's assume that the narrative sector di The Hollow it seemed to be something extremely mundane and predictable, but in the course of our adventure, interesting plot elements and some really excellent twists began to take over, but which we will avoid declaring as it could damage your gaming experience. What we can tell you is that in the MMEU title we will play a pilot of the Shakhter-One who, suddenly, will realize the disappearance of all the crew and the presence on board disturbing creatures with feminine features mixed with metallic components. As you can see, The Hollow seems to refer to the same videogame typology as Dead Space or Syndrome, but trust us when we say that we were particularly satisfied with the narrative sector. It must be said, however, that one of the weaknesses of the whole production is his longevity, as they are sufficient 6-7 hours to complete the adventure and there is no real reason to restart the game once it's done.

In space, no one can run fast

Il gameplay di The Hollow is a cross between the most classic of fps and those that are jargon called "walking simulator". The pace of the game, in fact, is far from being hectic and is mainly based on the exploration of the corridors of the Shakhter-One, but we admit that we found our protagonist's movements excessively slow, so much so as to be even annoying. Unfortunately, it is also the accomplice of this annoyance woodiness of the controls given by the use of joycons that, in whatever mode you are using them, do not allow you to aim accurately, making the firefights approximate most of the time. Our advice, in case you have one, is to switch to the more comfortable Pro Controller, in order to minimize any problems and be able to fully enjoy the experience at least with the Nintendo Switch in the home version. Regarding the shootings we mentioned earlier, it should be noted that gunplay can be said to be extremely valid (the power of the guns is transmitted to perfection) and how a wise use of headshots can help you to overcome even the most complicated situations, as a well-placed shot will be enough to put a stop to your pursuers. Trackers that do not have a great variety of types, but prove to be very different from each other and are able to create anxiety in the player thanks to a very successful design. During our adventure we also found ourselves faced with a series of puzzles which, however, were not able to commit ourselves for a long time, resulting all too easy and of negligible quality. We report that, just like in Alien: Isolation, in The Hollow it is only possible to save the game via some terminals, thus going to insert an element of the game that gives more tension to each fight.

Did someone say Dead Space ?!

From a graphic point of view, The Hollow on Nintendo Switch features discrete polygonal patterns and a good overall vibe, but we were unable to swallow the presence of a blur-like effect that, with our every movement, blurred the vision of the elements on the screen. In addition, despite the maximum brightness the MMEU title proved to be excessively dark and, also thanks to the repeated backgrounds of the various corridors of the ship, confusing in more than a moment. Excellent, however, the character design of the enemies which, as anticipated in the last paragraph, manage to strike for the (sick) imagination of the developers and for a certainly convincing technical yield. The sound sector is also average, which, as often happens in this videogame typology, features disturbing and convincing ambient sounds and a soundtrack capable of highlighting the most emotionally convincing moments. Finally, we highlight how during our test we did not come across bugs of any kind.


Verdict 7/10 Where are the feminists who complain about this game? Comment The Hollow, at least in this version for Nintendo Switch, proves to be an average horror, with a good narrative component and an excellent concept for creatures, but too cumbersome in gameplay to be an unmissable product. Thanks also to the slightly annoying controls due to the joycons, we struggled in several points to accept the rigidity of the controls which, mixed with too dark graphics and an alienating blur-like effect, did not allow us to fully enjoy the latest work of MMEU. We would therefore recommend the purchase only to those who feel abstinent from horror titles and are in possession of the "new" Nintendo console, without forgetting that in the store there are other products of the caliber of Outlast and Layers of Fear, different for setting, but certainly more cared for from the gameplay side. Pros and cons ✓ Convincing narrative
✓ Good atmosphere
✓ Great enemy design x Extremely cumbersome in places
x Nothing really new
x Technically uninspiring

Do you want to be a video game expert and know all the tricks, guides and reviews for your video games ? Holygamerz.com is a group of video game fanatics who want to inform you about the best tricks, guides and tips. We offer you the best information to be a reference in gaming, so here you can find guides, tricks, secrets and tips so you can enjoy your games to the fullest. Are you ready to get all the achievements of that game that you resist so much? Enter now and enjoy your favorite video game to the fullest!
Tengami review ❯