The Banner Saga 3 (Switch) Review - Even the greatest stories end

The saga is finally about to come to an end in a riot of anxiety, terror and tension.

These, in fact, are the sensations experienced at the end of The Banner Saga 3, the concluding chapter of an adventure begun in GJanuary 2014 su PC and mobile devices. Over the years the "saga of the flag" has also made its debut on Playstation 4 e Xbox One in 2016, and since last May also on Nintendo Switch. 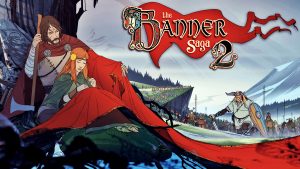 To learn more:
The Banner Saga 2 (Switch) - One step away from the end

On the day of the release of the final adventure of the most famous caravan of recent years we are ready to give you our opinions on an incredible story, perhaps among the best of the generation.

The first paragraph of this review may contain some spoilers on the previous chapters, so if you are intending to buy The Banner Saga 3 - or the Trilogy on sale again from today - and do not want to get previews, we advise you to jump directly to the second paragraph where we will talk about the pad sensations in the hand.

The saga of death and destruction

The protagonist will find himself managing the messy situation in Arberrang

The end of the world is near, the sun is still in the sky and the Darkness is about to engulf the whole world continuing to destroy everything in its path. Fins (o Smoke, based on the choices made in the previous chapters), together with the entire caravan - or at least what remains of it - will be at the gates of Arberrang, with darkness at their heels and surrounded by Destroyers, ready to kill in order to survive. Its purpose will be to gain the trust of the people of the capital of Men to be able to lock inside as many people as possible, so as to be able to shelter from the latest assault of the Destroyers, also afraid of what comes behind them.

If on the surface everyone seems to accept their fate, there are also those who still hope to be able to destroy the threat and make the world return to the beautiful place it has always been. Indeed Juno, Eyvind and Iver they went (after the ending of the previous chapter) into darkness to find remedy for the darkness. Here, together with the Ravens, the three will have to face legions of new corrupt enemies in order to arrive at the truth, chased by Bolverk - now in full berserker state - seeking revenge on the Valka and on anyone who stands in their midst.

The Banner Saga has always accustomed us to narratives divided into two parts, one dedicated to the main caravan and a second linked to a journey in search of a cure for the Dark. This chapter is not far behind but, contrary to what happened in the past,  the narrative is much more tense and unpredictable. This is because at a certain point in the main plot, every choice we will make in Arberrang it will grant Juno's group more days to be able to reach their goal. Each decision will therefore be really important and you will have to weigh it decisively since the more time they have available, the more the possibility of preventing certain losses will decrease. The same mechanic, but on the contrary, we will have it when we command the Valka and the group in the Dark, in fact the choices we will have to make at that juncture could waste time, represented by a circle that slowly consumes itself at the top of the screen, and we will have to try to contain the losses but, at the same time, decide on the fastest way.

On the battlefield with the enemy

As for the combat system we will find ourselves in front of the same scheme of the previous chapters. In fact we will have the possibility to move one character per turn, we will be able to see which one thanks to a convenient indicator at the bottom of the screen, and to attack - with the weapon or special abilities that will consume will - our opponent. Once the enemy has been selected, we can also decide whether to affect his armor, thus increasing the damage we can do to him later, or his life.

During the fights we will also be able to use the Will. This will be used to move for more squares or do the enemy a greater amount of damage. Using the group at Arberrang we will once again have the Corno which will give the user an extra will point for each enemy that was killed during that fight. The fighters in the dark, in reverse, they will have no extra will at their disposal - and therefore we must be careful about how and when to use it - but they will be able to use lightning bolts to be able to do extra damage to enemies.

In Banner Saga 3 the time available is one of the key themes of the entire production, and it will also affect the fighting. In fact during most of the battles if we take too many turns to reach our goal - indicated in the timeline at the bottom of the screen -  we will be able to see new lines of enemies arrive making all the challenges much more difficult than in the past. If instead we succeed in our task in time we can also decide to change sides and thus put fresh fights at the forefront, or even avoid successive waves and spare units, at the cost of earning fewer rewards. To help players in this new type of battle, the developers have made available several new units, thus increasing the number of fighters, including a soldier capable of summoning new NPCs and Destroyers.

We have not noticed changes, unfortunately, in the control system which therefore still remains quite inaccurate using the individual Joy-con - much easier to use Switch in portable mode and press directly on the screen where we want to go - also due to the lack of double confirmation and the inability to move the camera to better check certain boxes. In short, the historical control defects remain even if we are sure that - from this side - the problem can only apply to the console versions of The Banner Saga 3.

Nothing to say about the graphic quality, however, of The Banner Saga 3. The style that accompanied the two previous titles has remained unchanged. TOWe noticed instead greater cleanliness in the 2D models, both during the battles and in the cutscenes. Unfortunately, however, there are some problems during the dialogues. The camera is slow to frame the "talking" character, forcing you to wait for it to adapt to the scene worth the slowdown of the game and subsequent crash in case we went on like this. Stoic, however, kindly advised us of the arrival of a day one patch able to fix some of these technical problems, in addition to the addition of some gameplay explanations, and to the resolution of some problems in the localization in Spanish, also present in this chapter, which sometimes tends to be incorrect or even absent in some combat sections.

Verdict 9/10 Games of Thrones who? Comment Even the greatest stories can end, that's a certainty. The important thing is "how", and The Banner Saga 3 is the worthy conclusion of an adventure that began 4 years ago. Like its predecessors we expected a "bad" storyline but with the light of hope waiting for us at the end of the tunnel. But it was not so. The Banner Saga 3 is a right in the face and some moments were heavy to digest, also thanks to the anxiety given by the rapid alternation of scenes between the Darkness and Arberrang. This dualism is also well represented in the gameplay by the different usable approaches - more cautious or freer - which makes the challenges more difficult than those faced in the past. Some technical problems did not allow us to fully enjoy one of the most beautiful experiences, at the moment, of this 2018. Pros and Cons ✓ Worthy conclusion of a fantastic saga
✓ The dualism between the two in-game situations is interesting
✓ Port of great quality ... x ... apart from some technical problems
x There is no double confirm or camera move
Do you want to be a video game expert and know all the tricks, guides and reviews for your video games ? Holygamerz.com is a group of video game fanatics who want to inform you about the best tricks, guides and tips. We offer you the best information to be a reference in gaming, so here you can find guides, tricks, secrets and tips so you can enjoy your games to the fullest. Are you ready to get all the achievements of that game that you resist so much? Enter now and enjoy your favorite video game to the fullest!
Carmageddon Reincarnation Review ❯

The Persistence | Review, the second life of the sci-fi roguelike