Tetris Effect: Connected Review - The tetris effect is the essence of the meta game 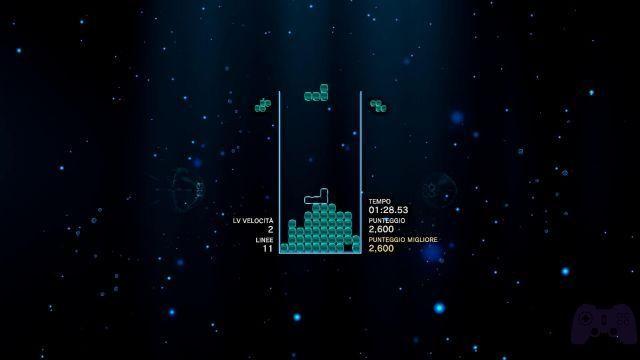 Block by block you start stacking.
In your head, a perfect structure.
Only then do you start playing. But the computer is off.

I was Googleing Tetris Effect, because I wanted to inquire for the review. I didn't want to disappoint expectations, and I was a little curious too. Studying the developers, the game, its past. It's certainly not such a commercial product, but I was hoping to find something interesting to start with. I thought about the game and the game thought of me, or at least I think. Because Google, in an instant, makes me understand the truth. A couple of words are enough: "Tetris effect“, With a lowercase. And that's when I realized what Tetris Effect: Connected really was. A play on words that represents a thought. In two words, its entirety. How did I not understand.

Because Tetris is a perfect game. It is the most video game there is. The title that everyone aspires to be, because in its simplicity it is mathematical. There are no smudges, no imperfections. Tetris is Tetris, adding something to it only makes us wrong. The only way to overcome the video game par excellence is obvious.

To overcome Tetris you need something beyond the game. You have to search the territory of the meta-game.

The importance of a title - Tetris Effect is well known 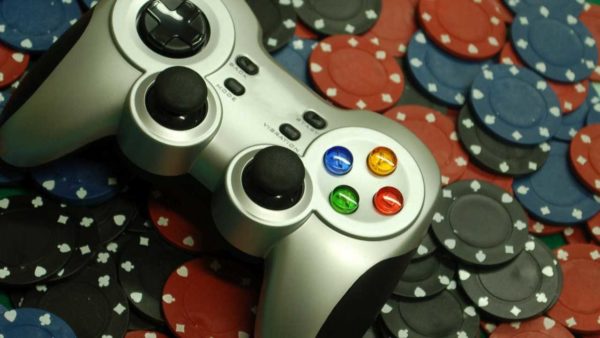 Tetris Effect is its name. It takes it from the "Tetris" effect, in psychology. Quite simply, that's when the mind adapts to the game. He begins to see bricks, to stack them. While she is awake, while she sleeps. Even as he closes his eyes. The bricks are stacked, as in a text. As in this text, full of points because in the end it is unique. It's something that, as a person who had never played Tetris much before, happened to me several times after playing it for hours. It worried me, it made me sick at night. Because my brain kept going round and round these bricks. Finding the perfect combinations to eliminate those lines.

It's like you keep playing while the screen was off. A game that goes beyond the video game itself. Which affects our brain to such an extent that it changes its mental processes. What Tetris Effect tries to do is just that: imprint itself in our mind to the point of change the way we play. To think about Tetris. Because Tetris Effect isn't Tetris 99. It's a different way of thinking about the whole game structure.

It is a more artistic and authorial formula for what has always been a classic of video games.

So just see the name to understand this intent. To understand the intentions of Tetsuya Mizuguchi in all his work and what it represents. A classic is, according to Calvino, something that can always say something new. The new way to experience Tetris is Tetris Effect. That encompasses all that Tetris has always been and always wanted to be. Which manages, however, to show one new light on the big stage of this video game. The piano started playing again. We play it, stacking bricks. But we are the bricks. While we're out of the game.

The disturbed beauty of Tetris Effect

Although I honestly find it hard to say anything more about the beauty of this game than Stefano did on Holygamerz, I will try to give my inspiration. It shouldn't be that hard. Because to be honest, everything that could be said about this game would be true. It is, after all, a video game that makes fun of the player. Which deceives him, which makes him believe he is simpler than he really is. But behind what is shown hides his true art.

The beauty of Tetris Effect is that everything the game does is the outline of what a perfect piece of work is. Like wanting to touch up the Mona Lisa. But even the most beautiful of works changes its meaning if its display is done with due care. The exhibition of Tetris Effect is, in fact, all that matters. That's what a careless player doesn't notice. They are the little things that are overlooked. That's not the real game, after all, is it? But the real game takes place off the pitch.

It is a game of deception. Of looks. Of thoughts. Remember: This game is meant to stay in your mind.

How to do it? With sounds. With music. With atmospheres. Gameplay goodies that seem like just additions. Yet they are its fulcrum. They are the centerpiece of Tetsuya Mizuguchi's art. Because, as I said, it is the exposure that counts. If all around you see only art, you are obliged to play as if it were art. Because it is - We just forgot about it. The incredible music that accompanies our every click is there to remind us. As well as the poetic images. The rhythm that accompanies them. It's all meant to remind us that it's a game outside of the game.

Meta-game - Beyond what we can see

Another peculiarity influenced my experience. I really struggled to play the game. Quite simply, my eyes couldn't hold it. They couldn't stand to see what the game showed. Long intervals. Long headaches. At one point I even thought I had to quit. Not only do I have severe myopia, but I also suffer from motion sickness and many related problems. Yet I have not abandoned him. Because the game had already completely won me over.

A few games, lasting an hour each, were enough for me to fall in love with Tetris. But it is a forbidden love. 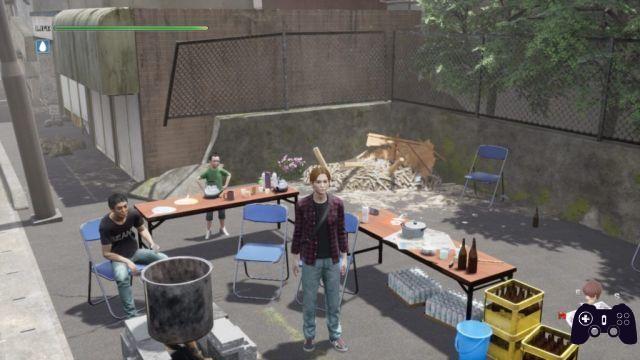 Video games and experiences A video game like Tetris Effect is to be lived as an experience: I talk about it in my piece on Disaster Report 4.

It's forbidden love for something that hurts me. That makes me feel bad. Yet it is like life. The falling tetrominoes are grains of sand on my hourglass. There is no mistake that is directly punished. It is you who play with yourself. As in life. It's up to you to recover. Fix your mistakes. It's up to you to earn something from a game that you struggle to play. And that's when I realized that I had to play it differently. Play the game outside of the game. Learn with practice, with attention. Outside of what can be seen. Go beyond. A meta game.

I have a strange relationship with this word. For gachas, it is their highest expression. An expression with a negative result. Two tetrominoes that fit together perfectly but block your way forward. Yet it is the way to truly have a noteworthy experience. Get out of the screen. Let it be more than a game. That you get over a game that is basically perfect. It is a tool. You can't blame the gun for firing the shot. In this case, that's what elevates Tetris Effect to its maximum power. Which forces us to place giant tetrominoes on our street, because it is the weight of ideas.

Connected - The last step to heaven 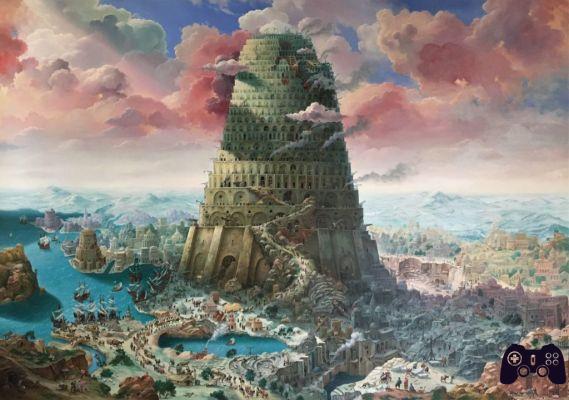 Connected gamers We are all connected. But we don't understand each other. How do you communicate between gamers?

However, the new edition of Tetris Effect has added a word to the title. He gave the final brushstroke to what was already a masterpiece. If before Tetris Effect was an amazing experience from Do it yourself, Connected has done nothing but solve its only problem. Now, it's a common experience. The only other direction he could go.

If its simple essential form was already based on going beyond, here it takes another step forward. We connect. The "Tetris" effect spreads. Like stars that meet. A merger is born. Connected mode was what the game needed to achieve perfection. Because what was a dream for lonely people lands on the new generation as a shared experience. A connection between several people, who really communicate. Not just with words, but with their skill. As in the 90s we look at each other's machines. IS the dream of a lost past that returns.

Because a game, to go further, must meet many people. Live, locally. Online, as friends, opponents. To face various challenges. Even reasoning together. As a single soul, uniting. More people who breathe as one. And that's when everything is complete. The stars unite. The constellations are complete. The joint is finished. It is the last tetramino.

It's all connected. We're all together in this life

Sometimes it takes a game to remind us of real life.

Verdict 10/10 A video game that surpasses its nature. Comment Tetris Effect: Connected manages to give a final stroke to a perfect experience. Beautiful in every aspect - A pearl of mastery that manages to surpass a formula that is already perfect on its own. It is no longer just a video game, but something that goes outside. Who manages to touch a person for his complete stylistic coherence and ideals. Because, block after block, I realized that we all needed a little bit. Its new Connected mode hits the spot with its additions, bringing an even better experience to the new generation. We are all connected by this common experience. Pros and cons ✓ Lovely
✓ I'd lose my sight
✓ Authorial
✓ Perfect
✓ Tetris x I almost lost my sight
x I don't regret it
x It reminds me of real life
Do you want to be a video game expert and know all the tricks, guides and reviews for your video games ? Holygamerz.com is a group of video game fanatics who want to inform you about the best tricks, guides and tips. We offer you the best information to be a reference in gaming, so here you can find guides, tricks, secrets and tips so you can enjoy your games to the fullest. Are you ready to get all the achievements of that game that you resist so much? Enter now and enjoy your favorite video game to the fullest!
News Konami brings Castlevania Requiem to PS4 ❯

Add a comment from Tetris Effect: Connected Review - The tetris effect is the essence of the meta game