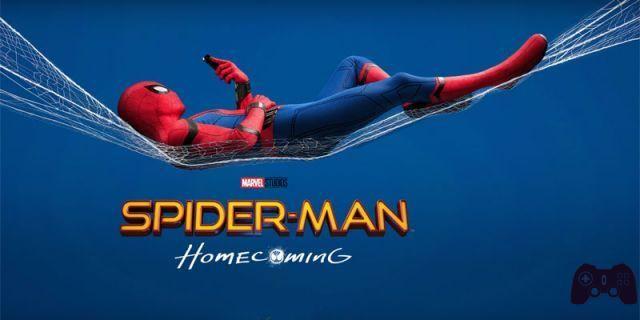 With great powers comes great responsibilities.
The power to retell the origins of an icon from the Marvel universe. The responsibility not to repeat situations already seen in other films dedicated to the Arachnid.

Fortunately, the film by Jon Watts fully hits this goal.

Sony's guests in Milan, we attended the press screening of Spider-Man: Homecoming, the first stand alone film dedicated to wall climbing set in that Marvel Cinematic Universe that has accompanied us for almost ten years. Result of the partnership between Sony e Marvel Studios, Homecoming puts us in front of the third cinematic spider (Tom Holland).

and, most likely, the best Spider-Man ever seen in theaters.

In the cast of supporting actors also Jon Favreau, director of the first two Iron Man, and therefore in some way among the architects of the genesis of the MCU, who takes the role of the grumpy Happy Hogan, and Robert Downey Jr. icon of the same cinematic universe, again in the as Tony Stark and mentor to the young Peter Parker. In the aftermath it's right that it is precisely these two figures ad accompany Spider-Man home, in the arms of Marvel Studios.

We remind you that the film will be available in cinemas from next July 6th; as usual we are here to give you our preview.

Spider-Man: Homecoming had the not easy task of proposing wall climbing in a third film version, completely different from what was seen in the films of Raimi and Webb. Homecoming gets rid of all the clichés about Spider-Man origins: no genetic experiments on spiders, no bites during a school trip, no discovery of the powers, no wrestling match and above all no screen death of poor Uncle Ben, demonstrating that you don't have to always represent the same origins to introduce a character which is now part of the collective imagination, an icon precisely. But this does not mean that the events did not happen, some are mentioned in quick, immediate dialogues that make the viewer understand that Peter's past is well present in his being a hero. For what Spider-Man's Tom Holland is however well characterized, even with only one film (and half an hour of Civil War) behind it.
Tom Holland is perfectly at home as both Peter Parker and Spider-Man. A Spider-man successful at 360 °: younger, inexperienced, not yet the hero of New York, he must gain experience in Queens, recovering stolen bicycles and helping lost ladies. Peter goes out of his way to get Stark noticed, to show that he can be one of the greats, and  Homecoming tells almost without blemish the growth of a novice hero.

If in the short space granted to him in Civil War he attracted all the attention on himself, in Homecoming Holland's spider gains credibility by shining its own light, both in the scenes from Peter and in those obviously from Spider-Man. Holland is Peter Parker in everyday life with Aunt May (the beautiful Marisa Tomei) who despite being younger demonstrates a maturity able to give advice and worry madly for his nephew, with his friend Ned (Jacob Batalon, based on the character of Ganke from the Ultimate universe) confidant and helper in that world of adults in which Peter longs to enter, with the beautiful Liz (Laura Harrier) who he would like to conquer at all costs. Peter's school life and adolescence balance with his heroic beginnings, a continual attempt to earn Happy Hogan's trust and keep his high school average. 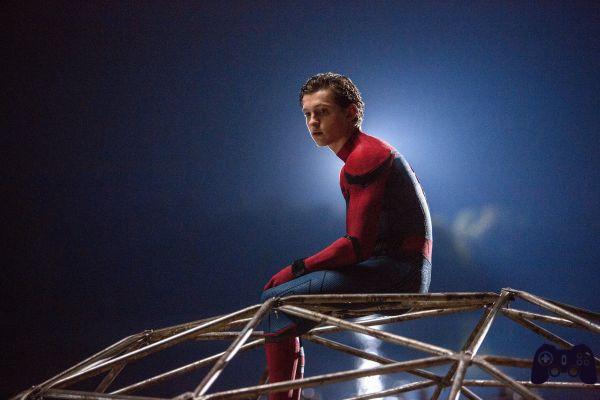 The growth is also narrated through the costumes, the upgrades added by Tony, and the construction of the hero under the same suit. Deconstruction and then reconstruction of what will be the friendly neighborhood Spider-Man of the next few years. With Homecoming, the cinematic Spider-Man has finally redeemed himself, tearing pages directly from the comic strip and from the editorial history of wall climber (in full Marvel Studios style) without making them weigh on the viewer who has never read them. Of course, the references to the comics are nice to see and, once the film is over, fabulous to list, but what emerges from the screen is a handsome and funny Spider-Man, witty is suitable for the general public. 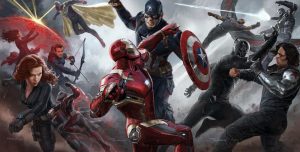 Toomes and Parker in Homecoming complement each other

If Holland's spider is so successful, however, it is also due to the presence of a sacred monster of the cinema to act as an opponent: Michael Keaton. Abandoned among others the Batman cloak and Beetle Juice's tuxedo, and after playing an ex-cinecomics actor in Birdman, Keaton returns to fly as Adrian Toomes, the Vulture, unreleased villain for a film about Man Spider but unexpectedly among the best opponents of a stand alone film. In fact, Keaton's Vulture is arguably one of the best renditions of the MCU, a well-written villain with strong motivations and compelling creed. Toomes's story moves parallel to that of Peter himself, impacting the inevitable final clash and thrilling the viewer throughout the course of the film. 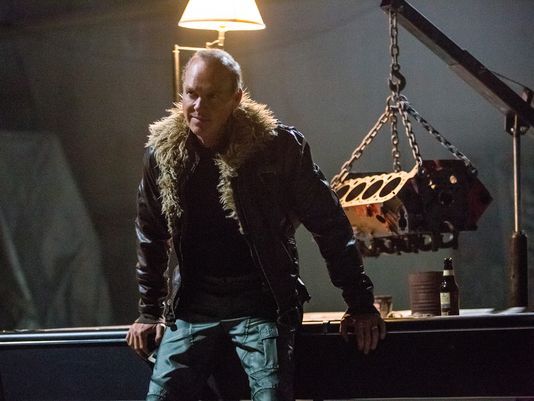 As for Peter's supporting actors, the Vulture also has his accomplices, also obviously taken from the spider universe. One of these allies is well known for his inventiveness, and he is responsible for the hi-tech armor (and much more credible than the feathered costume) of Toomes. Keaton's henchmen are inevitably overshadowed (as happens for Holland's supporting actors) to leave plenty of room for the two protagonists, as it should be. Toomes and Parker in Homecoming complement each other, and serve for the growth of each other.

Being a Mentor (or a supporting actor)

One of the biggest fears of the internet audience seeing the Homecoming marketing campaign was the continued presence of Tony Stark (Robert Downey Jr.) in every shot: we want to reassure you, Iron Man is less present than you might think, despite being there throughout the film. Tony is the mentor, the one who discovered Peter and the one who in every way has the responsibility for every action of the spider. Downey Jr. and Favreau, as mentioned at the beginning, are the perfect chaperones to bring the spider home, non-invasive and not at all heavy team-ups, indeed necessary for the growth of the hero which we have repeatedly emphasized. 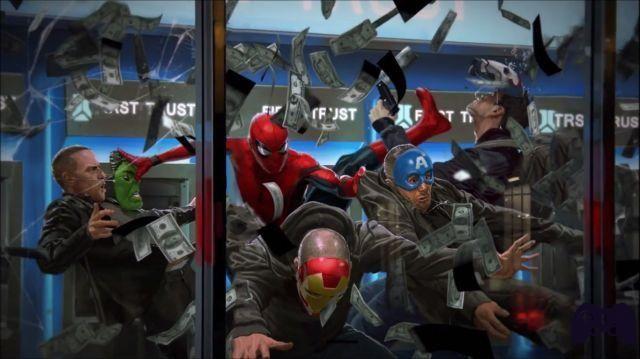 Speaking of supporting actors, in fact, we cannot fail to mention Flash Thompson (Tony Revolori) who goes from football player and physical bully, to the classic keyboard lion of the new millennium, who makes himself beautiful with his parents' money and targets the poor guy on duty. , a choice that initially could leave you confused, but which is well justified in the course of the film, unlike Michelle (Zendaya), the only thing that did not convince me of the whole production, both for an attitude that is too out of context in the scenes in which is present, both for a particular sentence that we will not be revealing to you. A small mole that I can turn a blind eye to and that I hope will be improved in the sequel already planned after Infinity War.

As you may have noticed, this time around I focused mainly on the cast and the film as a whole, rather than talking about the technical work of Jon Watts. As mentioned, the film works, even scenically, giving excellent acrobatic numbers, beautiful fights and great action scenes, especially for a stand-alone film that has to compete with five other productions on the same character. The cast of voice actors does its duty, with some choice of adaptation perhaps too modern (especially on the character of Ned, when you see the film you will understand) and the lion's share is once again the soundtrack, composed by a tireless Michael Giacchino , always in great shape.

Once the credits are over (and related post credit scenes) Homecoming leaves the Spider-Man fan satisfied, and the cinecomics fan is equally entranced, thanks to a well-packaged and balanced work. The spider baby has grown up on his own, and will accompany us in the coming years, we hope that, now that he is finally home, he will not be taken away from us again.

Do you want to be a video game expert and know all the tricks, guides and reviews for your video games ? Holygamerz.com is a group of video game fanatics who want to inform you about the best tricks, guides and tips. We offer you the best information to be a reference in gaming, so here you can find guides, tricks, secrets and tips so you can enjoy your games to the fullest. Are you ready to get all the achievements of that game that you resist so much? Enter now and enjoy your favorite video game to the fullest!
Drawn to Death Review ❯