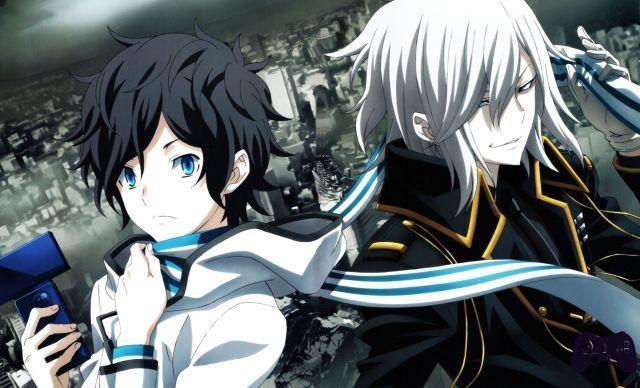 The last few years have seen an unexpected resurgence of popularity for Shin Megami Tensei, the Atlus RPG saga that has always stood out for its hardcore approach and apocalyptic and occult atmospheres. Thanks to the success of the Persona spin-off and a small but extremely fierce fanbase, publishers have finally (re) discovered the potential of this saga even in so far mistreated territories such as Europe. And if even just a couple of years ago Ghostlight was struggling to bring to the old continent Shin Megami Tensei: Devil Survivor 2 for DS, this time it is NIS America to deliver without too many dramas or problems its revised and corrected version for 3DS, marked by the subtitle Record Breaker.

7 days to the apocalypse… again!

Even the first Devil Survivor had seen a second release on 3DS with some additions, but this time the work done by Atlus is much bigger and more important. In addition to graphic improvements (including stereoscopic 3D) and the possibility of downloading DLC, Record Breaker presents in fact a second completely new companion, more or less of the same duration as the original one. Both stories are accessible immediately, and nothing prevents the player from immediately throwing himself into the new one: knowledge of the events of the first is recommended but not essential. For those unfamiliar with Devil Survivor 2 or the Devil Survivor series in general, we are faced with a title that carries the typical imagery of the Shin Megami Tensei series (modern setting, demonology, etc.) in a Strategic RPG context. . We are in Tokyo, impersonating a student who, together with two friends, finds himself the victim of a devastating earthquake and imprisoned in a military quarantine area. At worst there is never a limit and soon the protagonists will discover that they are left alone 7 days before the apocalypse, and being under attack by beings called "Septentriones". Fortunately we will be able to take advantage of an app mysteriously appeared on the protagonists' phones to summon demons, to be used to fight and save life and perhaps the whole of humanity. The plot is initially similar to that of the first Devil Survivor, although the title is not a direct sequel and has no correlation beyond the basic concept. The differences are not only in the characters and in the development of the story but also in the general tone: despite the apocalyptic theme, the sense of urgency is dampened by many light moments of interaction between the various characters, almost to insert a touch of Person in the Devil Survivor mix.

While not reaching the heights of the first Devil Survivor the plot is rich and interesting, with a fast and compelling rhythm and is complemented by a very large and varied cast of characters. In the game, each event or battle will take at least 30 minutes in game to complete, making it impossible to see all the available content in a single game. Choosing one event over another will help shape the story and direct the player towards one of the possible endings. The battles take place on a grid in which we will control, in turns, the movements of our units. Once in contact with an enemy unit we will move on to the actual battle screen, in which the battle takes place in a similar way to a classic SMT. The player's strategy will in fact be to hit opponents with attacks towards which they are weak, earning potentially decisive extra turns. As in any SMT we will find all the mechanics related to the summoning of demons: our faithful allies in battles, we can get them in auctions or through the fusion of weaker demons. The composition of the characters' parties will be very important in the rest of the game, given that at about 1/3 of the campaign the difficulty will suffer a sudden surge, forcing you to carefully evaluate moves and strategies. The result is that of a solid and compelling title, not simple but able to provide a lot of satisfaction to the player, perhaps initially attracted by the intriguing plot, but who will soon discover a really deep and interesting gameplay.


No dual audio, but lots of small tweaks

From a technical point of view we must not forget that Record Breaker is a reissue of a DS title. Despite the higher resolution assets and the addition of the 3D effect, Devil Survivor 2 doesn't do much to hide its origins and the first impact is certainly not exciting. The graphics are certainly functional and clean, and the artistic design is undoubtedly stellar, but we still find ourselves with a result that from the purely technological side is much lower than the potential of 3DS. With the two years of waiting compared to the initial version, something more could certainly have been done. The music, composed by Kenji ito and closer to the atmosphere of classic Shin Megami Tensei than to those of Persona. Record Breaker presents a full English dubbing of a good standard, albeit fundamentalist fans may be affected by the absence of the Japanese track. If you do not find the voices of the English dubbers pleasant, it is still possible to deactivate them completely through the menus. The text on the screen is only in English and has a renewed translation compared to the original DS version, and the ability to skip filmed scenes has also been added, to facilitate subsequent replays.

Verdict 8.5 / 10 A record-breaking Devil Survivor Comment Finally the great wrong of Devil Survivor Overclocked, which arrived in Europe with a criminal delay and with hallucinating bugs, has been canceled. Unlike its predecessor, Record Breaker is a true perfect edition of Devil Survivor 2, with virtually doubled content, graphic improvements and full voice acting. The compelling gameplay and mature story make it a must for any hardcore gamer, and the only weaknesses remain the graphics rendering and the lack of options for the most demanding users such as dual audio and on-screen texts in Spanish. Pros and cons ✓ Excellent like all Shin Megami Tensei
✓ Demanding and mature
✓ New story that doubles the length of the game x Not localized in Spanish, no dual audio
x Graphically it betrays its DS origins
x Perhaps slightly less incisive than the first Devil Survivor

Do you want to be a video game expert and know all the tricks, guides and reviews for your video games ? Holygamerz.com is a group of video game fanatics who want to inform you about the best tricks, guides and tips. We offer you the best information to be a reference in gaming, so here you can find guides, tricks, secrets and tips so you can enjoy your games to the fullest. Are you ready to get all the achievements of that game that you resist so much? Enter now and enjoy your favorite video game to the fullest!
No Man's Sky Review ❯