Sekiro: how to unlock all endings | Guide (part 1)

Like many other puzzle games from From Software, Sekiro: Shadows die Twice offers several endings that reflect the decisions you have made along the way. This guide will help you unlock all the endings included in the storyline

While certain choices are rather lenient when faced with key decisions only at the end of the game, some are more complicated than others. To help you, here is a guide to unlocking all the endings, so you can choose the best one based on the time you have available.

Of course, if you follow this guide to Sekiro's endings, you will find out numerous spoilers. So go back if you don't intend to know what awaits you.

Shura - Sekiro: how to unlock all endings | Guide

This is by far the easiest to unlock, but it is certainly also the worst. Just get to the point where you are not required to return to the arena on the roof of Ashina's castle the second time. Here, Owl will ask you to obey his doctrine and abandon the master Kuro. If you decide to follow the proposed path, you will face two bosses linked to this choice. When you have defeated them both, you will have unlocked the ending Shura. This path cuts a significant part of the game, so it is not advisable to face it in the first game.

Immortal Hope - Sekiro: How to Unlock All Endings | Guide

You might consider this the game's default ending. When the Great Shinobi Owl asks you to make your choice, decide to stay with Kuro and eliminate Owl. Once here, you simply have to do what Kuro says until the final boss battle outside of Ashina. If you have not completed any of the side missions that lead to other endings, you will unlock Immortal separation. 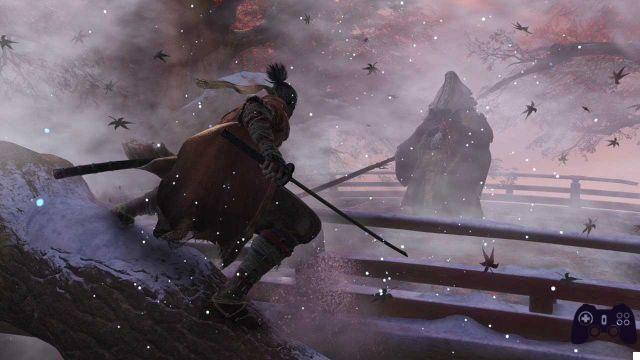 Purification - Sekiro: How to Unlock All Endings | Guide

This ending requires a some little effort more than the previous two endings, and also includes an exclusive boss fight that will make you unlock an achievement.

When Owl asks you to make your choice, stay with Kuro and take him out. Go and visit Isshin at his tower and overhear the conversation he has with Emma, ​​then pay attention to what Kuro has to say.

Defeat the two mini-bosses (you can use the puppeteer Ninjutsu to get the best of it) e continue until you reach the place where you fought Moth. Later you will have to defeat Owl again, only this time it will be much more difficult. Deflect his combos, give him pressure, slash him when he attempts his fearsome attacks, being careful of his swoops in the second phase of the fight, so as to get away with it. So progress through the game until you defeat the final boss. You will unlock the third of the endings, the ending Purificazione.

We have come to the end of the first part of our guide on how to unlock all Sekiro's endings. To learn about the remaining ending and a hidden part of the game, take a look at the second part of the guide. Also on the pages of Holygamerz also find the other guides to complete Sekiro al 100%.

Sekiro: how to unlock all endings | Guide (part 2) ❯

How to deactivate your PlayStation Plus subscription

The Last of Us 2, Seattle exploration guide

Add a comment from Sekiro: how to unlock all endings | Guide (part 1)