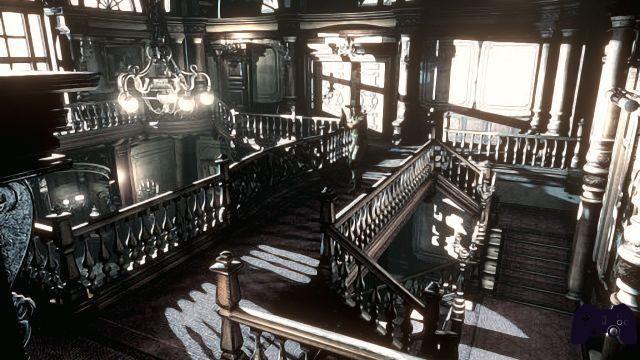 resident evil is a series that has undoubtedly managed to influence and involve a huge number of gamers. For this reason many have not been able to accept the action that from the fourth episode involved the series, bringing it to the levels of a Michael Bay blockbuster e completely distorting its initial nature. Capcom, given the numerous criticisms and the results below the expectations of the sixth chapter of the series, has decided to look to the past and to bring the title that made it so famous to the current and last generation consoles: the first Resident Evil. The edition chosen for this remake is the one distributed in 2002 su Nintendo Gamecube which, compared to the PlayStation version of 1996, already brought numerous innovations, new areas and new enemies. Will this reissue succeed, available only in digital version at € 19.99, to be exciting and engaging even in our days or is it yet another soulless job done just to earn some money with minimal effort? Find out in our review.

The plot of the first Resident Evil has now become a cult.

La plot of the first resident evil has now become a cult. The special team STARS, following a series of mysterious murders near the Arklay mountains and the disappearance of the BRAVO team, they decide to go and investigate to find out what hides the forest that surrounds them Raccoon City. The meeting of the wreck of the helicopter belonging to the previous group sent for exploration is only the beginning of a nightmare that will see Jill, Chris, Wesker and Barry face up to zombies, undead dogs and a host of creatures straight from their worst nightmares. The narrative of this first chapter of the Capcom saga is evidently done in the old way, limiting the use of movies to a minimum and letting it be the atmosphere of the villa e the meeting of numerous documents scattered in the various rooms to tell us about the events that took place inside the mysterious mansion. Either way, the story runs from start to finish, without it never be boring e capable of entertaining thanks to a series of well-designed twists and multitude of objects that can be analyzed that will characterize the thoughts of the protagonists of this story. At the beginning of the story we will be asked to choose whether to use Jill Valentine or Chris Redfield, going not only to affect the difficulty (Chris will start his adventure without the gun), but making us witness different events within the plot, with lots of it. of new characters met (among which Rebecca Chambers stands out) who go to compose that great mosaic that the universe of Resident Evil. The character design of the enemies is also excellent which, right from the start, proves to be infinitely superior to the last 3 chapters of the main series thanks to creatures capable of remaining in the collective imagination for a long time (Tyrant and Hunter in the first place).

Il gameplay di resident evil, despite the age, still manages to excite and offer a considerable level of challenge today. By now accustomed to inventories of infinite dimensions and the numerous checkpoints, rediscover the beauty of a limited space to keep your items and a series of ink ribbons needed to be able to save the game it is something truly fulfilling. The fixed cameras that characterize the title, moreover, they are almost never annoying and contribute to creating that characteristic atmosphere that still today reminds a multitude of gamers of this title. Capcom has also come to the rescue of those who have never fully appreciated the movement system within the first chapters of Resident Evil thanks to a new command setting that makes everything smoother, faster and less cumbersome. However, it must be admitted that these new commands are not always easy to use and sometimes the old settings are more intuitive, allowing us to carefully measure our steps so as not to run into the warm embrace of a zombie. Always to go to meet newbies to the series, not used to too high levels of difficulty, A new difficulty has been added that will make the adventure enjoyable even for those who are not ready to face the real challenge that this title is capable of offering. Longevity is also excellent which, during the first game, you can go around around 10/15 abundant hours, but which, once you have mastered the controls and memorized the various areas, allows the title to be tackled in speed even in less than 3 hours (complete with a trophy / objective to demonstrate your skill).

Do your makeup again

Resident Evil absolutely does not show its 13 years of life

Under the technical point of view, resident evil it absolutely does not show its 13 years of life thanks to a great job from Capcom. The title, finally playable a 16:9, Was not just polished, but in some environments it was even rebuilt to breathe new life into static backgrounds. However, it is a pity that this work has not been done on all environments and that, inevitably, there are some areas characterized by poorly defined textures that really clash with the great work done on everything else. The polygonal models of the characters are excellent who manage, despite their age, to appear modern and expressive at the right point. Great work has also been done with regard to the enemies who, once again, are scary and able to remain etched in the minds of the players. As for the sound sector, there is nothing to criticize given that the title has a wonderful soundtrack (albeit deliberately limited to create atmosphere), of chilling sounds e of a dubbing never out of sync and well done.


Verdict 9/10 The KING is back! Comment Resident Evil must sell. It must sell to make Capcom understand the historical importance of this series and to demonstrate to everyone how the survival element (horror) is the main factor that distinguishes this saga. This remake frightens, amuses, makes the player anxious and manages to involve him thanks to an atmosphere that, nowadays, it is difficult to find in other titles. Some low-resolution textures might bother lovers of perfection, but we feel like rewarding this title that, once again after 13 years, has managed to surprise us, to prove itself current and that for this reason everyone should play at least once. in life. Pros and cons ✓ Top notch texture and atmosphere
✓ Excellent gameplay and level of challenge
✓ Present new additions for newbies
✓ Refurbishment with care in almost all aspects x Some low resolution textures
x Deliberately woody controls not for everyone

Do you want to be a video game expert and know all the tricks, guides and reviews for your video games ? Holygamerz.com is a group of video game fanatics who want to inform you about the best tricks, guides and tips. We offer you the best information to be a reference in gaming, so here you can find guides, tricks, secrets and tips so you can enjoy your games to the fullest. Are you ready to get all the achievements of that game that you resist so much? Enter now and enjoy your favorite video game to the fullest!
Guides How to use the Infernal Swordsman - Bravely Default II ❯

Oculus Quest 2, the best VR headset of the moment | Review