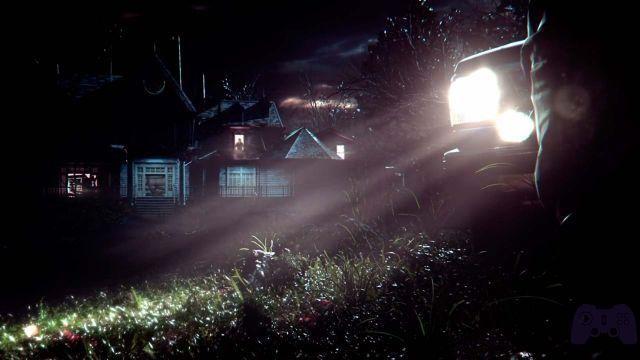 After Resident Evil: Code Veronica, released in 2000, the Resident Evil brand has faced an undeniable loss of identity which, due to a continuous distortion of the horror mechanics replaced by an increasingly present action component, has alienated fans of the series and has no longer managed to emerge within the increasingly crowded videogame landscape. With this I don't mean that Resident Evil 4, Resident Evil 5 and Resident Evil 6 are indefensible titles (indeed, the fourth RE invented the ever-present "over the shoulder" pointing system), but none of the last three main chapters managed to attract the attention of fans of the saga who, from chapter to chapter, have gone more and more to thin. During the Sony conference to this E3 2016, and after months of persistent rumors that they wanted him to be present at the Los Angeles event, Resident Evil 7 was finally presented and once again the public response was not unanimous. The new Capcom title appears as something extremely different and at the same time similar to the first chapters of Resident Evil. The game view, in fact, has passed from the third to the first person, also ensuring full compatibility with the PlayStation VR due out in October. Despite this big gameplay change, however, Resident Evil 7 seems to have returned to the atmosphere of the first chapter, avoiding introducing players to a world-wide zombie apocalypse and returning to focus on the details and sordid secrets of a house in the middle of nowhere. To give everyone a chance to understand the change taking place on the famous Capcom brand, the Japanese software house a demo available to PlayStation Plus users (subtitled “Beginning Hour”) with interesting features. What are you asking yourself? Find out in our Resident Evil 7 preview.

Do not open that door

From what has been possible to see in this demo (which, we remember, it will not be part of the full game) the plot is certainly not the most original, but it features a number of interesting elements which, if properly combined in the final version, will surely be able to delight fans of the series. The story begins with our awakening in an abandoned house and, accompanied by disturbing presences, we will have to find a way to escape without being killed. And… that's all. In the sense: the plot told us does not go further than this and is limited to giving us a vision of a group of people killed before us (through a clever use of a flashback) and to suggesting elements of continuity that, at the moment, we cannot understand. This lack of understanding, however, does not make it any less fascinating, allowing fans of the series to guess what the links of this seventh chapter with the other episodes of the saga may be. A photograph with a helicopter of Umbrella, a mysterious Ambassadors project, the certainty that the events will take place after Resident Evil 6 are just a few small fragments of a puzzle that, we are sure, will be clear only once we have the final version of the title in our hands. But it's not the story itself that makes this demo particularly interesting. The characteristic element of Resident Evil 7, in fact, seems to be the atmosphere that, mixing the original chapter with more recent horror titles like Outlast or the deceased PT, immediately hits the player. The writer is used to playing horror games since 1996 and they hardly manage to scare me now, but it is undeniable how the air you breathe playing the Resident Evil 7 demo is much heavier and more disturbing than all the last three chapters of the series put together (not that it took long, to be honest). The ability to play the whole thing through PlayStation VRFurthermore, it seems an added value not just because even just having played the "title" in the dark with the PlayStation headphones was enough to keep my attention focused on the events taking place, causing my personal adrenaline bar to rise several times. It must be said that some jump scare are quite predictable, but I believe that here we go back to speaking in a subjective way, in that the predictability or otherwise of certain scenes depends on how many horror titles have passed through your hands in recent years.

Another element of this demo that at first glance may seem very trivial is the gameplay. It is inevitable, in fact, that at the first run the user travels down a certain path which, just as inevitably, will lead him to see a final datum. As you will realize, however, many mysteries remain unsolved once the first game is over. Where is the missing fuse located? What is hiding upstairs? What is the mannequin finger for? The developers, after seeing people's reactions on the web, have confirmed the presence of multiple endings and the fact that every element inserted within the demo was placed there with a purpose. We take this opportunity to anticipate that right this weekend you can read a special dedicated to the various endings of the game, but having not been able to find the one related to the mannequin finger (still no one in the world has succeeded) expect more updates in the future. Anyway Resident Evil 7 gameplay proves to be much more layered and complex than it may seem at first glance, quickly making us forget about the shootings against hordes of zombies and returning to present environmental puzzles more or less difficult, a limited inventory and, if you perform certain actions that will allow you to obtain an ax, a basic but functional combat system. Once again, therefore, we have a return to the past that will surely be able to give its best in the final version of the title. At the moment the prospects certainly look interesting.


They - Nightmares from the shadow world

It gives a purely technical point of view, Resident Evil 7 demo features lights and shadows. It is evident how the integration of PlayStation VR into the gameplay has inevitably forced Capcom to lower the bar, presenting a top product as regards the titles to be played with VR viewers, but which certainly fails to rival modern standard productions. A polygonal modeling of the characters not exciting e some aliasing problem are the first things that catch the eye, but we have to admit how everything is never really annoying and how the atmosphere of the house is not affected in the least by these technical "problems". In any case, we hope that, given the amount of months that await us at the release, the developers will be able to put their hand to these elements to give Resident Evil fans the title they have been waiting for. Excellent, however, the sound sector that thanks to creaks, distant voices and disturbing sounds manages to make the most of the disturbing atmosphere of the house. Finally, an applause to the soundtrack used for the trailer that you can find above and that manages to get into your head from the first listen, giving the title an atmosphere with a strong impact on the player.

Comment This Resident Evil 7 demo finally showed the light at the end of the tunnel that the series had embarked upon. Certainly it is not a perfect product and some perplexities inevitably remain, but finally Resident Evil seems to have returned to its origins, characterized by a disturbing atmosphere, an "intimate" story without unnecessary explosions and shootings. Surely the change of course will not be able to excite everyone, but when it comes to a product of this media size it is impossible to meet the tastes of every single individual. Individual who tends to complain when a product is too much the same as the previous one, when it is more actionable or when, as in this case, he tries a different approach to go back to doing what he did well in the past: fear. Pros and cons ✓ Finally a return to horror
✓ Interesting storytelling
✓ Gameplay with good potential
✓ VR is no small addition x Actual quality of the story to be tested
x Gameplay to be verified on the long duration
x Technical sector not exciting
Do you want to be a video game expert and know all the tricks, guides and reviews for your video games ? Holygamerz.com is a group of video game fanatics who want to inform you about the best tricks, guides and tips. We offer you the best information to be a reference in gaming, so here you can find guides, tricks, secrets and tips so you can enjoy your games to the fullest. Are you ready to get all the achievements of that game that you resist so much? Enter now and enjoy your favorite video game to the fullest!
Assassin's Creed special, in what order to recover the saga ❯