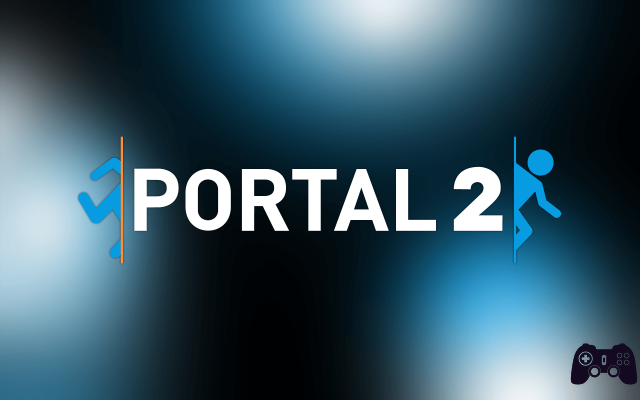 Brilliant. Yep, that's the exact word to describe Portal 2. The work begun in 2007 by Valve with the first Portal has reached the peak of its splendor with this sequel, which cannot be missing in any player's collection. Portal 2 is in fact the direct sequel to its predecessor, a game that at the time made people talk a lot for its originality and irony, also found in this sequel.

Yes, GlaDOS has not been completely destroyed. She will be able to recompose herself thanks to the help of Weathley, a nucleus who, in an attempt to fix the Aperture Science complex, will awaken her. And it doesn't seem to have changed at all. He will continue to create test chambers to which he will subject you, until then Weathley - the bungler - decides to remedy his mistake ... Still wrong!
For much of the game we will find ourselves jumping and teleporting ourselves in test chambers that look identical to those seen in the first Portal but, due to our behavior, will be torn, falling and covered with debris and often with vegetation. And much bigger.

The mechanics are practically the same as those of the predecessor: are we in front of a "dressed" puzzle game? from FPS, where therefore the brain counts more than the precision in firing, and as in the first episode the main purpose is to try to deal with the testing chambers that GlaDOS has created especially for us, perhaps trying to stay alive.
This time, however, to reach the exit of the test chambers we have new tools, ranging from the laser beam (to be directed in special receivers using special cubes) to the repulsive and propulsive gel (gels that allow you to jump or run faster), from the platforms aerial of faith ("springs" ?? that will literally blow you up) to the bridges of solid light (energy bridges), up to the energy tunnels (tunnels from which it is possible to be transported to places otherwise unreachable). In any case, everything is based on aiming and firing portals in the right place, at the right time, avoiding the bullets of the tender turrets and bottomless pits.

Towards freedom and beyond!

As we said, the game starts in the Aperture Science test chambers, the same chambers we covered in the first chapter, and then deviates and tackles about twenty new test chambers.
In the second part of the game, we will find ourselves in a section of the story that will act as a “cushion”. In fact, trying to escape from captivity, Chell will find herself in the historical laboratories of Aperture: a complex for scientific experimentation divided into sectors, marked by the technological advancement encountered over the decades. We will start from the spartan test chambers of the 50s, up to those of the 90s, passing through scaffolding and ruins in huge, almost exploratory sections, which “relax”? the player with the usual schematic rooms.
But the pinnacle of fun comes when we make it back to modern Aperture Science labs. Here GlaDOS will be, incredibly, our ally: thanks to your exploits he can remember a lot of his past life and will decide to help you, but he will no longer be able to control the laboratories. To create the new rooms there will be another evil AI and to overcome them we will use all the "powers"? acquired so far, in a crescendo of addictive enjoyment and satisfaction.

The co-op mode is really worthy of merit, through online play, locally or using a LAN. The mode was conceived perfectly and what could turn out to be a jumble of portals and traps, proves to be the opposite: without any doubt, one of the best cooperative experiences seen recently, which will make us play in the shoes (or if you want "in the armor" ??) of the two androids Atlas and P-Body. It goes without saying that the test chambers have been designed with the same ingenuity as those of the single-player and that the two robots will have to help each other to get through the exit doors; in case you are wondering, the answer is “no, there is no room for lone wolves” ??.
Imagine now that you find yourself having to indicate to your Greek companion where to shoot his portal: Valve has thought of this too. The directional cross will be assigned gestures that help communicate with the partner, such as a countdown that will allow you to push a button at the same time, or a dart that will serve to suggest a surface on which to shoot the portal.

Pay attention to the substance

Graphically speaking, Portal 2 doesn't excel but a really good job has been done; on consoles does the game suffer any "cuts"? compared to the PC counterpart, which however does not affect its overall quality. A good level of cleanliness of the textures, really convincing, and an almost always stable framerate make their figure, in a game that does not make graphics its strong point.
The sound, on the other hand, is excellent: in the rooms the music is non-existent, but as we approach the exit, each instrument adds a background note, which becomes a set of well-orchestrated sounds. A musical theme is present in the escape or "fight" sections, which puts on a sufficient amount of anxiety and oppression, according to the surrounding events.
Note of merit for the singing turrets and the hilarious final songs.


Verdict 9.5 / 10 Head- | | -work Unmissable comment for those who loved the first Portal and definitive for those who play it for the first time, undoubtedly it is a must-have of 2011 and a candidate for Game of the Year 2011 for its originality and realization. Pros and cons ✓ Engaging and compelling on the narrative level
✓ Flawless gameplay
✓ Lots of tasty news from the prequel
✓ Well-researched co-op
✓ Perfect dubbing and sound x Graphically (on console) it's not the best
x Those who don't like puzzles will hardly like it

Do you want to be a video game expert and know all the tricks, guides and reviews for your video games ? Holygamerz.com is a group of video game fanatics who want to inform you about the best tricks, guides and tips. We offer you the best information to be a reference in gaming, so here you can find guides, tricks, secrets and tips so you can enjoy your games to the fullest. Are you ready to get all the achievements of that game that you resist so much? Enter now and enjoy your favorite video game to the fullest!
News The end of Ace Combat Infinity is near ❯