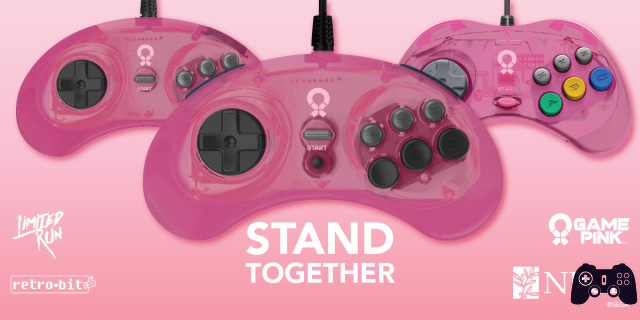 Often in video games you have to defeat evil enemies, but the most terrible lies in real life and is called cancer. The videogame world has always been personally involved in the fight against cancer, and this time it is the turn of SEGA.

Retro-Bit Gaming has put on sale a series of controllers SEGA Genesis and SEGA Saturn, for the occasion in pink and with the design of the famous ribbon symbol of the fight against breast cancer in the center. 10% of the revenues will be donated to National Breast Cancer Foundation, a US organization operating in that industry. The sale of the controllers is active on the Limited Run Games website, at a cost of $ 19,99.

The gaming world at the forefront of cancer

It is not the first time that the world of Games takes the field against cancer. Suffice it to recall when, last summer, Overwatch raised $ 12,7 million for breast cancer research through the “Pink Mercy” initiative. Or when, to commemorate a Blizzard artist who died of cancer, more than 500 colleagues from the largest video game companies in the world collaborated in the production of an artbook. Even in that case, the proceeds were donated to two charities, CureASVS and Game Changer.

But perhaps the most exciting story is that of the boy who manages to pay his father for chemotherapy thanks to the Twitch broadcasts. Thirteen years, Fortnite, and the awareness of the power of a medium that brings people together. In the drama of an illness - because a father's tumor remains a terrible drama anyway - video games bring home a small victory against the monster named cancer, thanks to the generosity of the users. 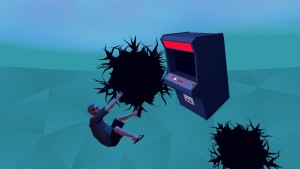 To learn more:
That Dragon, Cancer

On the other hand, the story told in the game is not a happy ending story That Dragon, Cancer. The Greens have seen their son taken away from the incurable disease and have given life to this indie title to try to tell the suffering of those who suffer such devastation. “A journey of hope in the shadow of death”, this is how the two parents describe the terrible experience that saw them as protagonists. Partly sharing the pain, partly a relief valve to overcome the death of his son, That Dragon, Cancer has also served to support cancer research thanks to the proceeds donated to two charities.

A Journey of Hope in the Shadow of Death, this is how the illness of a child is described by those who lived it.


Not just the fight against cancer

In other fields too, the world of video games has stood out for being personally committed to helping the less fortunate. Destiny 2 has organized a fundraiser to help sick children in hospitals. Elder Scroll Online has made donations to friendly associations of animals. Pokémon Go invites its players to clean the world. Bandai Namco Entertainment gave away a copy of Code Vein in exchange for one blood donation.

There has been a lot of talk lately about video game addiction and too little about the benefits they cause. These charitable initiatives can only highlight a world that is too often mistreated and unjustly accused.

Do you want to be a video game expert and know all the tricks, guides and reviews for your video games ? Holygamerz.com is a group of video game fanatics who want to inform you about the best tricks, guides and tips. We offer you the best information to be a reference in gaming, so here you can find guides, tricks, secrets and tips so you can enjoy your games to the fullest. Are you ready to get all the achievements of that game that you resist so much? Enter now and enjoy your favorite video game to the fullest!
Resident Evil 7 preview ❯

News Marvel Vs Capcom Infinite new leak on the roster

News + PS4 video games postponed: is The Last of Us 2 just the first?

News Fire Emblem: Three Houses, here is the trailer on the house of the Black Eagles