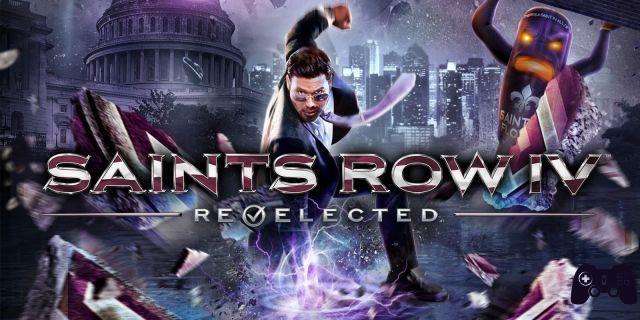 The Nintendo Switch ™ version of the acclaimed Saints Row IV will include 25 DLCs. Saints Row fans who pre-order the physical edition from a select retailer will also receive a fantastic set of Saints Row Presidential Pin Badges *.

After a catastrophic alien invasion led by the evil warlord Zinyak, the Saints have been transported to a bizarre virtual recreation of Steelport. With friends old and new by their side, as well as an arsenal of super powers and strange weapons, they will have to fight to free humanity from the psychological grip of the alien lord Zinyak.

Starting from the crack shop, the Saints have moved on to luxury penthouses to the White House, but now it's up to you to free and save the world from Zinyak and his alien empire, in the wildest open-world game of all, playable for the first time on Nintendo Switch ™.

For more information on the Saints Row universe, please visit the following pages:

Do you want to be a video game expert and know all the tricks, guides and reviews for your video games ? Holygamerz.com is a group of video game fanatics who want to inform you about the best tricks, guides and tips. We offer you the best information to be a reference in gaming, so here you can find guides, tricks, secrets and tips so you can enjoy your games to the fullest. Are you ready to get all the achievements of that game that you resist so much? Enter now and enjoy your favorite video game to the fullest!
Pokémon Sword and Shield Guides - Guide to Shiny Pokémon [Shiny] ❯

Add a comment from News Saints Row: IV - Re-Elected will arrive on Switch