News + Capsule Monsters: the first step in the Pokémon world 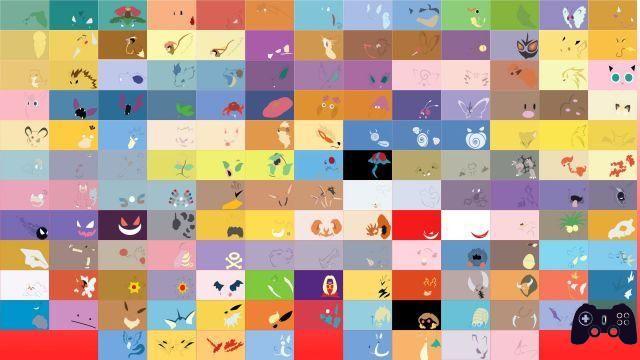 The world of Satoshi Tajiri

All the fans in the world Pokémon they know, at least by name, Monsters Capsules, the first step in the rise of Game Freak. Many have discussed the sprites creatures, but what were his concept of game? The news we have on this embryo of the franchise come from various sources: a biographical manga dedicated to Satoshi Tajiri in 2018, the magazine Famitsu and the beta of Pokémon Green and Pokémon Gold. Tajiri has repeatedly unbuttoned himself to let us glimpse his vision of the Pokémon world, different from that of Game Freak and closer to the manga Pokémon Special. A more mature and "realistic" view of the world we have loved / hated over the years. 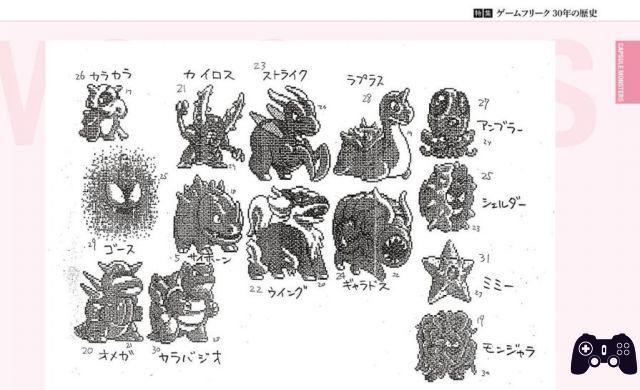 Some of the sprites from the early programming stages. Unknown creatures can be seen; Familiar “faces” like Cloyster, Gastly, Tentacruel Staryu, Pinsir or non-definitive designs like Lapras and Tangela.

But what are the differences? 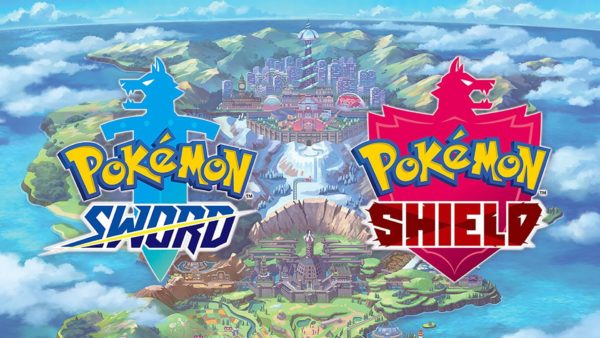 To learn more:
Pokémon and Pollution: Sword and Shield as Greta Thunberg

First in Capsule Monsters i methods of capture are different, there are no actual PokéBalls. Everything happened thanks to coach statistics, unthinkable right? The avatar was in fact equipped with the statistic of charisma, required for to convince the monsters to join the team. I don't know about you, but this seems to me a kind of attempt to get to what they have done in our day Undertale e Person. A second method instead consisted, as can be seen by some concept game, by purchasing them directly from the machines gashapon (hence Capsule Monsters) present in the Markets. In some files exhumed by the boys of Helix Chamber, Tajiri also names "illusory monsters". These creatures, similar to the Legendary Pokémon, they could only be encountered once and would have been very difficult to catch. Beautiful times when you shit under the legendaries because they weren't so easy to catch, right? Then the famous are missing Pokémon Centers in favor of classic RPG hotels.

Yes, whips, which allow us to talk about a particular mechanics by Capsule Monsters. Originally in fact all the coaches were equipped with whips as humans fought in first person with creatures! In this we see the biggest difference between the two projects. In Capsule Monsters, the creatures would probably have been used not just to attack others, but actually attacking people. Definitely violent compared to pokémon, but not compared to Pokémon Special. In the legendary XNUMXst generation Plus, some of the strongest coaches still have that whip. Leaving aside the Team Rocket, who is obviously endowed with it, it is striking that the Fantasy coaches and Gym leader Sabrina.


A bit 'as if the creatures trained in this way are stronger than the others, for heaven's sake, I do not share the message that this would have generated. In my opinion, however, the gameplay would have benefited from a Combat System more complex thanks to the presence of the coach in the battles and of training mechanics probably clearer. We fucking had to wait Sword and Shield to say goodbye to the plague of breeding! Some were also foreseen unobtainable creatures, a concept that has arrived again with Spada and Scudo and his Eternamax.

Some projects dedicated to the young wizard who likes to play cards have used the term several times Monsters Capsules. We mainly talk about the animated series "Yu-Gi-Oh! Monsters Capsules", Of the video game for PS2"Yu-Gi-Oh! Monsters Coliseum capsules". In this case we deviated slightly from the clashes to the sound of cards in favor of a sort of board game, later marketed by Mattel.

Starting with the 1997 Hidenori Kusaka begins the serialization of a manga inspired by the world created by Game Freak. Pokémon: The Great Adventure (Pokémon Special and Pokémon Adventures for Japanese and Americans respectively) is definitely different by animated transposition. First of all the plot and setting they are much closer to those of the video game, without disdaining some differences and some twists. Kusaka was inspired only by the video game (the damned Ash Ketchum debuted a month after the start of the publication) trying to fill the gaps caused by the hardware of Game Boy.

Pokémon take "vita", the characters come characterized, the story is rendered more realistic, the battles are bloody and think well. Creatures come to attack humans for follow orders of their masters, the coaches fight together to Pokémon, the moves have realistic effects to the context and especially if a hyper Ray on a city you don't mind showing its huge crater on the next page! Leaving aside the mass slaughters, the mangaka does not "dirty”The reference world with the blood, but the higher raises making more faithful to the idea that its creator had of it.

How I wish in the Pokémon games there was the courage to make things happen and show similar things!

I dreams, especially in the videogame field, very often they remain so and very rarely become reality.

Capsule Monsters is one of mine broken dreams. For heaven's sake, I love Pokémon, but I wish that Game Freak had the desire and time to improvetechnical aspect of games (always mediocre) and of dare more in general, so much now pokémon paradoxically we mainly play the over 20s right? Every time I play Sword and Shield I can't make a thousand comparisons and to imagine a Pokémon halfway between Dragon Quest XI e Ni No Kuni, that beats me.

It is not about being demanding or not having digested the latest titles, it's about wanting to see the brand shine again as did the other Nintendo series land on swtich. Pokémon has been donating for years now jewelry e pains which, much more than other series, affect the players. But we coaches are always here, capturing creatures without ever getting tired.

Do you want to be a video game expert and know all the tricks, guides and reviews for your video games ? Holygamerz.com is a group of video game fanatics who want to inform you about the best tricks, guides and tips. We offer you the best information to be a reference in gaming, so here you can find guides, tricks, secrets and tips so you can enjoy your games to the fullest. Are you ready to get all the achievements of that game that you resist so much? Enter now and enjoy your favorite video game to the fullest!
Final Fantasy XIV Review: A Realm Reborn ❯

News Shenmue I & II: meet the protagonists of the saga in a video

News Rumor: Crackdown 3 could be postponed to 2019

Add a comment from News + Capsule Monsters: the first step in the Pokémon world