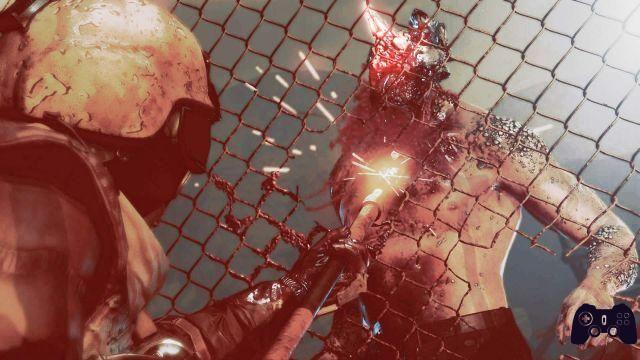 Metal Gear Survive ferries the series that was by Hideo Kojima beyond the Styx: the Styx of the divorce between the designer and Konami, but above all that of the tide of mistrust of the players towards the Japanese house. Or at least, he tries ...

In every divorce there are two faces, and Metal Gear Survive seems to come out on purpose to remind us.

Because when a relationship ends, everything that until recently was one splits, becomes two separate entities that have to learn anew to live as such, while still feeling the presence of the phantom limb given by the bond just broken.

In every divorce there are two faces, but so far we have only investigated one.

Has been easy, for us (as human beings, even before as players, critics or some other label we could put on) to take the part of the "left", thatHideo Kojima which over the years has probably given us more than anyone else in the game could have done and which, all of a sudden, was unceremoniously downloaded from its former parent company. But the truth is that Kojima with the divorce did not only lose the franchise that made him famous (besides, oh well, the second son Zone of the Enders) and the FoxEngine, but he left behind. much more. It is the world we were talking about before, that ecosystem of automatisms and personal relationships that naturally arise after such long-lasting collaborations ... And it is natural that they do not die overnight, divorce or not.

Metal Gear Surive is just that: the other side of the Konami-Kojima divorce, the one that must go on even if no one is on its side.

Why it is not enough remove Hideo Kojima and remove his name from the covers to remove his memory, and all those figures left in Konami and found themselves in the midst of this bad story - as indeed happens to children, when it comes to real divorces - now they are called to manage the legacy.

The answer politically correct it would be a "yes", with several buts. The one more from extremist it would be a "no", to which, however, we should in all conscience grant some buts. The truth, rather than being in the middle, is how you lived the whole story: because if you still have the poisoned tooth - and from the writer's point of view, you have all the reasons to have it - towards Konami then it is better that you turn your attention elsewhere, but we must also admit that you would have made this decision regardless, even if the Japanese house had packaged a masterpiece. If, on the other hand, while remaining embittered about how it went (we imagine that the cancellation of Silent Hills is not something easy to forget), you have a sincere curiosity towards Metal Gear Survive and, perhaps even mindful of the excellent other spin-off of the series released in recent times (Metal Gear Rising) you want to trust things change.

Let's start with everything that's wrong.


Or rather, that in the opinion of the writer is worthy of criticism.

Metal Gear Surive will give you nuisance. maybe

Metal Gear Survive recycle. In a cheeky way, almost exaggerated. Basically there is on disk very little of what has not already been seen in The Phantom Pain, recalled not only in the basic play structure - on the ribs then it is grafted everything that works instead, but we'll get to that shortly - but also in the assets and textures that make up the game world, in the menus and more generally in the design. There's nothing wrong with that, in the first place - after all, The Phantom Pain is one Property (also, but not only, from the intellectual point of view) of Konami - but it is clear that such a maneuver in a situation like the one we are experiencing could be badly digested. Because on the one hand they have not yet gone out the echoes of the protests for the state with which the aforementioned Metal Gear Solid V has arrived on the shelves, cut of several expected contents, and releasing something that has - even if only vaguely - the connotations of an expansion for the game is almost a slap in the face (said that the only way not to piss anyone off would be to not release anything ... Perhaps). 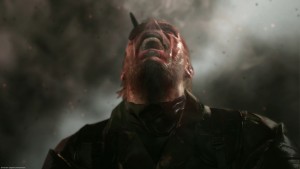 And because on the other hand there is in general around the big publishers a certain discontent, son of the fear of change in a market that threatens (but then it really is) a transition to Game as a Service and has experienced in a few months a handful of scandals related to the phenomenon, and design choices such as requesting an in -game purchase in order to allow the use of a second save are, let's say bluntly, a not care of what is the pulse of the situation. And even here, nothing wrong and to be honest, nothing not even too scandalous, since usually this elusive second save slot is not present in such products, but the balance of these two aspects is that in some ways the courage (or perhaps there has been too much opportunism) and for others Konami has instead exceeded, carrying out his idea in spite of everything.


All this to say, in short, that Metal Gear Surive could really bother you.

But beyond that (unfortunately?) It is also downright enjoyable to play.

There is no Kojima touch, but someone has followed in his footsteps ... is it good or bad?

The narrative begins in the wake of the aforementioned Metal Gear Solid V, reconnecting to the ending of Ground Zeroes in the premises and stealing from The Phantom Pain in the attitude (if Venom Snake mentions Herman Melville's Moby Dick several times, Metal Gear Survive sets a tone by appropriating Dante Alighieri's Comedy). And things work, because you really manage to arouse some interest in an idea that is certainly not very original - a parallel world populated by those who are in fact zombies, arriving late also to be mainstream - and that on the screen takes on characteristics already seen, given the aforementioned recycling work. And yet it moves, and the spark is enough to keep those who play in front of the TV long enough to deepen the game mechanics, taken from the real survival - it is not a product that from this point of view faces survival “to The Last of Us”, wanting to participate for a moment in the competition on procedural generation comparisons. You need to procure not only the resources to build your arsenal (be it weapons, clothing or barricades), but also much more basic food and water in order to continue exploring and even oxygen itself, if you decide to go and explore the "ghost zone" that surrounds the game map, richer in resources but definitely capable of renewing fear. The same game currency, consisting of Kuban crystals and the energy that can be extracted from them (and also used to access the skills of the skill-tree present on the disc), goes procured in the field, collecting it from corpses ("corpse" will then be the right term? Boh), further increasing the survival attitude of the production. On the other hand, as does the management component - this, to tell the truth, made a little 'rose water - which requires the player to manage his base camp not only in content but also in form, deciding where to place the various useful stations to progress in the game, to cook the hunted food or to make the contaminated water collected drinkable again. 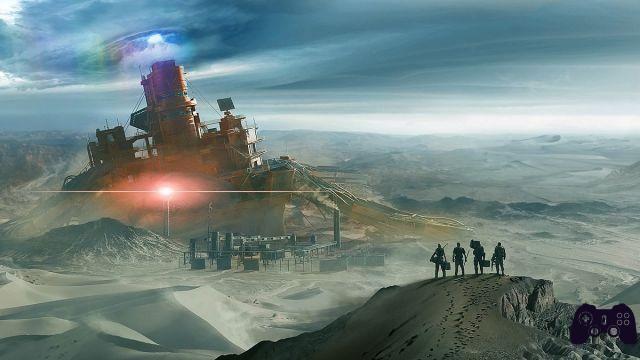 And there is not much to say about this. We could explain in detail how the various game mechanics work, trying to convince you of the goodness of work made by Konami even beyond the evaluation that you find here at the bottom (spoiler for those who have not cheated: a very honest 7.5, which must mediate between what we liked and what doesn't work). We could, but it wouldn't make sense: not only because the position of the writer is known and his idea of ​​review is to tell the product, not its mechanics, but above all because, as mentioned, you have already decided whether you are in or out, and whatever may or may not be there on disk will not change your mind. 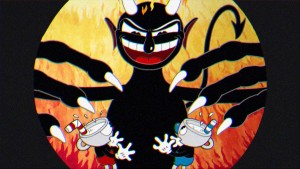 To learn more:
Cuphead: why users can judge from videos and critics can't?

Advice, if you are curious from what we have tried to put in writing in this article, it is to elaborate on (in this sense we played the first hour of Metal Gear Survive, you can find everything below ... But needless to say the network abounds of ideas). Or why not, to try to trust Konami and buy the title directly, knowing that you will then find yourself in your hands a decidedly well-made survival fit for fans of the genre. Although it recycles different material from The Phantom Pain and some microtransaction side choices it might bother you, or you may find the technical / construction sector uninspired, which in essence is taken up 99% by Kojima's Swan Song in Konami.

Verdict 7.5 / 10 Child of divorcees Comment Metal Gear Survive is a child of divorcees who must resign himself to a simple fact: his parents will probably never get back together again. And he is a son who has to make his way through the skepticism and irritation of the players, who logically negotiated for Hideo Kojima during the divorce and who poorly digested Konami's new policies, which to add more insult to the damage comes up with a product of the genre in full psychosis for the concept of Game as a Service. And from this point of view, perhaps the parent company would have done better to be less brazen in some stylistic choices, not because they are objectively a bad thing or a problem but to try to gild the players a pill that they fear more every day could become a suppository. . Beyond everything, however, the experience is playful, so the word is up to you: are you inside or outside? Pros and cons ✓ Playfully well done
✓ Budget price x Some choices will inevitably bother you
Do you want to be a video game expert and know all the tricks, guides and reviews for your video games ? Holygamerz.com is a group of video game fanatics who want to inform you about the best tricks, guides and tips. We offer you the best information to be a reference in gaming, so here you can find guides, tricks, secrets and tips so you can enjoy your games to the fullest. Are you ready to get all the achievements of that game that you resist so much? Enter now and enjoy your favorite video game to the fullest!
Danganronpa Review: Trigger Happy Havoc ❯

To The Moon review: discovering a dream

Wasteland 3 Review: The story of the American revival continues