In Space We Brawl Review 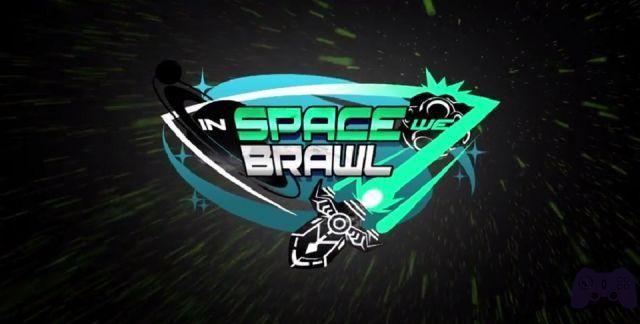 Evaluating a game like In Space We Brawl isn't easy. It is not easy for two primary factors: one above all is that it is an Indie title, and that there will be strange, you say. Of course, lately the digital shelves of the various stores related to the various platforms have been seen to fill up much more than the physical shelves of real stores. Often also bringing out games of absolute level, depth and strong creative genius. So the reason is not independence itself, but rather that patriotic sense in seeing a software house, the promising and courageous Forge Reply, boldly appearing on the global market. As we know, we certainly cannot say that we are among the countries with the most developers in the world and certainly, with us, it is not easy to create a company dedicated to these services, but this is definitely another story. In Space We Brawl it therefore has the characteristic of being an Indie yes, but specifically an Indie made in Italy and, for how it is made, this can only make us proud. At least one bit'.

The other reason why it will be difficult to evaluate the game itself is the fact that every aspect of the game relies on feelings, memories and sensations that for some nostalgic (not to say old / experienced) may be worth more than the quality of the game itself. , which, however, certainly does not go unnoticed. On the other hand, for all the less old, playing In Space We Brawl could hide a good lesson in videogame history easily and hopefully positive.

Let's start with a very important assumption: In Space We Brawl is conceived, programmed, developed and marketed having in mind almost exclusively the use in local multiplayer. Exclusively Local. Today's multiplayer, made up of connections, clans, headshots and lag is in fact totally banned from the game.
But there is the one consisting of pads, friends, chips, saccottini, mother's cake and coca cola. All things that then, as we get older, have become pads, chips, beers and various insults.

The game thought by Forge Reply is the most classic of 2D spatial aiming and shooting, where moving the levers corresponds to moving the spaceship and aiming the viewfinder to fire. With the sole objective of massacring the enemies on the screen, sometimes avoiding asteroids, defensive turrets and so on, all unchanged from the classics of the past.
Using the left lever we move the vehicle and using the right stick we move the focus pointer. The backbones are used to fire, activate shields and operate the various upgrades of the spaceship. Simple, basic gameplay. As we well know, however, the more essential and simple the gameplay, the easier it is to have fun with anyone. What is certain is that if the unfortunate friends mentioned above are remedied, the battles - or rather, the fights - will acquire a completely different flavor and will be able to give a considerably greater depth to the general experience.

Among galaxies, obstacles and enemies that translate into ever-changing backgrounds, colors and sounds, in fact each area of ​​the galaxy has its own characteristics, there is space for a more than satisfactory management and customization of your own shuttle.

it is categorically a game to be played in multiplayer

In fact, the game allows you to choose the means best suited to your style of navigation or your strategy and to add a weapon that can follow the same ideas of conquest and destruction. The ratio between weapons and spacecraft is 11 to 11. A fair number that will be able to trigger phrases like “Yes, but I haven't found the right combination yet! That's why I keep losing! " for several games.
As it is easy to guess and as said in the beginning, In Space We Brawl is essentially and categorically a game to be played in multiplayer. The part dedicated to the single player is a mere series of objective missions that, to be honest, tired after a very short period of time. The fact of being evaluated at each mission is a stimulus to improve only for the most fussy completists, the others will not even notice the vote taken. So the final evaluation will hardly take this aspect into account, given that the game is openly and officially proposed as a local multiplayer game.

"Guys, my eyes are about to bleed. Shall we stop? Nahhhh, another one is enough "

Analyzing the more technical aspects we are faced with a well-made work, full of light effects, moving backdrops, colors and explosions that clearly paint the battles on the screen. Contrary to what happens in recent Amarcord re-releases, In Space We Brawl doesn't delight us with a fake-old 8-bit style, and it works pretty well. Forcing the game to such a retro vision would certainly have penalized it, seen and considered how appreciable it actually is in this cartoonish key full of bright colors.
Despite taking a back seat to the laughter and insults that will fill the room and the players' ears, the sound sector is also balanced and appreciable. With well-studied music and pleasant sound effects, without overlapping the confusion, often more than notable, that you will have in the room.


Verdict 7.5 / 10 In two. And we give half an extra vote to every friend who joins. Comment In Space We Brawl is categorically a game dedicated to those who have someone with whom they can play and who also has enough pads. Better still if you have shared this passion with that someone for some time and therefore can appreciate the "simplicity" and the nostalgic spirit that the work emanates. Maybe a friend isn't enough either, as things get really interesting and fun by occupying all four available seats. This is not to say that those who have no friends who share this passion are an outcast or a misfit, sharing this passion with someone is often just luck in finding them. On the other hand, those who feel attracted to the game and have the right friends (in case of scarcity of pads can also be bought with an improvised collection) should not miss this small, great receptacle of friendly insults. Pros and cons ✓ Old-fashioned melee charm
✓ Essential and immediate gameplay
✓ Local Multiplayer Spirit centered in full ... x … Definitely unapproachable if unable to play it in company
x It necessarily serves the expense of pad, coke and beer.

Do you want to be a video game expert and know all the tricks, guides and reviews for your video games ? Holygamerz.com is a group of video game fanatics who want to inform you about the best tricks, guides and tips. We offer you the best information to be a reference in gaming, so here you can find guides, tricks, secrets and tips so you can enjoy your games to the fullest. Are you ready to get all the achievements of that game that you resist so much? Enter now and enjoy your favorite video game to the fullest!
News Captain Tsubasa: Rise of New Champions, unveiled a new trailer ❯

Review Interrogation: You will be deceived

Add a comment from In Space We Brawl Review