How to avoid and reduce noise in images 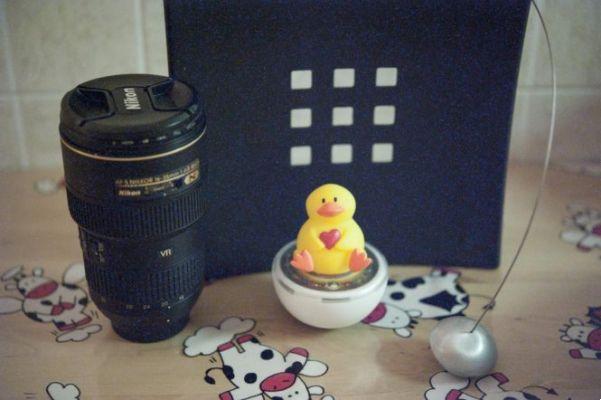 We've all seen it in our images, that uneven grainy look that makes our images a little unsightly. Until recently, noise was called grain and it looked better (even the word grain looked better), but the digital equivalent of noise can often make a good image look bad.


How to avoid and reduce noise in images

The first question we need to answer is:

What is noise in photos?

In general, noise is defined as aberrant pixels. This means that the pixels that do not represent the color or exposure of the scene correctly. When light hits the sensor's photodiodes, an electron signal is produced which transmits the light to the sensor. Electronic "noise" is the unwanted fluctuation of that signal.

In a digital camera, noise appears as dots, usually in color and for no reason whatsoever. These are usually produced by the unwanted flow of electrons in and around the sensor. Noise can also be caused by imperfections in the sensor itself, such as “hot pixels”, the randomness in the distribution of the limited number of photons available at low light levels, and heating of the sensor or camera.


The next question is:

When can you see the noise in the photos?

You see noise in photos after a long exposure or shoot with a high ISO setting. Does that mean you should never go above ISO 100 or take long exposures? No, there are times when you may need, or even just, to take pictures in those conditions. Landscape photographers always take their shots in low light conditions. The important things to know are; how to avoid having too much noise in the image and how to deal with it in your post-production.

How does the camera sensor work?

Unlike analog cameras, digital cameras work with a sensor and not a film. The sensors receive light which they transform into electrical charges through small photodiodes, which make up the pixels of your digital screen. The electrical charges tell the sensor the color of each pixel and other information to create the digital image. 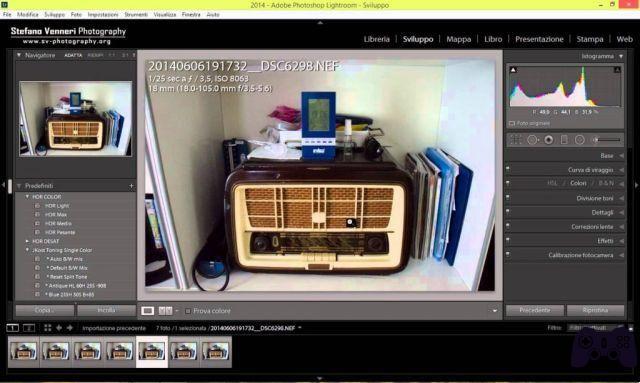 If your camera is three years old or older, the ISO functionality will be great. You shouldn't see too much noise creep into your images, even up to ISO 1000. However, there may still be some noise with the higher ISO numbers, so take your exposure into account.

Shooting with a lower ISO means having less noise in the image. Higher ISO settings instruct the camera sensor to group pixels together to capture more light. This grouping effect can make the image gritty and noisy.


So how do you avoid shooting with a high ISO?

If possible, open the aperture at its widest setting, which is f / 2.8. If you are shooting in low light conditions, use a tripod if possible or use a flash. If none of these options give you the correct exposure, you will need to increase the ISO.

Also, take a few test shots to find out at what level the ISO settings on your camera start degrading image quality.


For many years I shot with a Nikon D80 and knew that anything above ISO 500 was really hard to use afterwards.

This was because the noise had become difficult to remove, even with third party software, and once removed, the image looked like a watercolor painting due to excessive noise processing. So I got to know the limits of my camera and worked within those limits.

I know you might feel discouraged when shooting RAW photos, but you don't have to be.

RAW is a great way to get the best out of your images, so be sure to use it.

You don't need to shoot RAW all the time, but when you notice the light getting a little too dark, switch to RAW.

The reason is that JPEG images have already applied compression.

This means that there is already noise in the image and what is known as JPEG artifacts.

If you use a high ISO with a JPEG file, the noise can get even worse.

Plus, in post-production, you have much more flexibility in removing noise and increasing exposure, with a RAW file rather than a JPEG.

When digital cameras first hit the market, they were really bad at rendering. Many photographers (myself included) underexposed images to keep details in lots of light. This meant that the shadow areas were really dark and when you tried to edit them in Photoshop, the noise became noticeable.


This has been largely solved and the new generation of digital sensors do a great job in managing light and shadow.

Consequently, you can expose correctly without fear of noises in the shade, or problems in the highlights.

In fact, you can now overexpose slightly so that the shadows are a little brighter than normal and then you can lower the brightness with Photoshop.

I've been doing this for a while now and it's amazing how much detail the new sensors can capture in the highlights. Be careful not to overexpose too much.

Be careful when taking long exposures

Long exposures produce some of the most dramatic images, but if the exposure is too long, the camera sensor can start to heat up and the pixels will render the colors and exposure incorrect.

It is still possible to take long exposures, but keep in mind the way the camera handles the shutter speed.

Does the image look too grainy?

Try it and experiment to see where your camera starts to get weaker.

So make sure you don't shoot a long exposure for longer than anything else works on your camera.

The key point here is to know the limits of your equipment and stay within those limits. This will ensure outstanding images and easy image editing.

Use noise reduction in the camera

In most cameras, there is a feature called High ISO Noise Reduction or Long Exposure Noise Reduction. It's a good idea to check this option if you're shooting with high ISOs or doing long exposures.

The reason is that after the image is taken, the camera will analyze the image and look for any incorrectly represented pixels.

It will then correct the pixels that are not properly rendered.

This takes some time, usually up to the exposure time.

So, if you took a 30-second image, the camera will perform an analysis and fix that will take 30 seconds.

This can become impractical if you are doing 10 minute exposures, but shorter exposures are worthwhile. If you have time, also do it on very long exposures, as it can improve image quality.

Make your images as bright as possible

It may seem obvious, but the less shadow there is in your image, the less likely it is to have noise. Noise usually appears in darker areas of the image (where there is less light). Therefore, when you insert a new light source, such as a lamp or flash, place yourself in an area with better light, change the settings so that it portrays the subjects brighter, reduce the shadow in the image, and then, reduce the noise.

Photographs taken at night can be a little tricky because the highlights are actually the light sources. Like the sun during the day, these are “much” brighter than the surrounding areas, receiving and reflecting only some of its light back to the camera.

The photometer of the camera will calculate an average of the brightness of the light sources with that of its surroundings as if they were common highlights and then they are underexposed as a large dark shadow filled with noise. Try increasing the exposure much more than the camera suggests.

Very bright lights can produce streaks or "flares of light" due to the paired sensors in the charging device normally found in cheaper cameras. Try to avoid them getting close to each other in the picture.

Digital zoom is technically not a zoom. In reality, what it does is crop and zoom in on a small part of the sensor. Its use should be avoided especially when that little part is full of noise.

Keep the camera in a cool place before using it

The cause of much of the noise is a thermal reaction. The higher the temperature of your camera, the more likely the sensor is to overheat in less time.

There are no standard settings here that will work for every image. You will have to try each adjustment until you find the desired result and see how the changes interact with each other.

Once I'm happy with the adjustment, I move on to the next setup until I'm done. The process will be tedious, but once you're done adjusting your camera, you can take great shots and it will take less time to edit.

To edit the photographs already taken, there are many programs such as Photoshop or GIMP that have a noise reduction function.

Do you have any other experiences or tips for avoiding noise and removal? Please share the comments below.

How to fake location on Pokemon Go ❯