How many devices can connect to a modem? 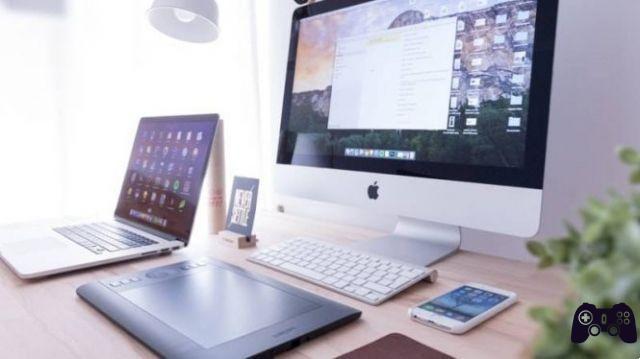 You can use more devices at the same time than you think… probably. Computers and other devices on a network must share an infinite capacity of resources, and this is true for Wi-Fi (wired and wireless networks) alike. However, the precise limits depend on multiple factors.


For example, you may notice that when you connect your laptop, a couple of PCs, and a few smartphones to your network, it is much more difficult to stream Netflix or Hulu to your TV. Maybe the movie freezes or looks blurry or you start facing connection errors.

This is because every device connected to the wireless network requires a little more bandwidth and has to come from somewhere once the maximum bandwidth is reached. It's like your network is saying, “Oh, are you using your phone now? No problem, let me draw some strength from that film that takes up so much space. "

Your modem doesn't think in terms of priorities. Instead, think in terms of where the capacity is needed and where it is used most. It will work indiscriminately in an effort to keep all devices functioning at a certain level.


How many devices can connect to a modem?

Each access point has limits on the number of connections and the amount of network load it can handle, but by integrating many of them into a larger network, you can increase the overall scale.

Many individual wireless modems and other access points can support up to approximately 250 connected devices.


From a wired point of view, modems can accommodate a limited number (usually between one and four) of wired Ethernet clients with the rest connected wirelessly.

The access point speed rating represents the theoretical maximum network bandwidth they can support. A 300 Mbps Wi-Fi modem with 100 devices connected, for example, can only offer 3 Mbps to each on average (300/100 = 3).

If you are not sure what your modem can support, enter the model number on Google and you should be able to find it this way.


Remember, however, most people use their network connection only occasionally, and a modem shifts the available bandwidth to the devices that need it. Such shifts will depend on the needs of a particular device at a given time.

Most people don't have a number of devices close to the maximum number of devices a typical modem can hold. This is a good thing, because connecting 250 devices to a single Wi-Fi access point, while theoretically possible, isn't very feasible for a few reasons:

How to maximize the potential of your network

Installing a second modem or access point on a home network can greatly help distribute the network load. By adding multiple access points to the network, any number of devices can be effectively supported. However, this will make the network progressively more difficult to manage.

Something else you can do if you already have one or more modems that support a large number of devices is to increase the available bandwidth for each connected device at the same time by increasing the connection limits.


For example, if your network devices and internet subscription allow you to download at 1 Gbps, then you can then have as many as 50 devices connected at the same time allowing each device to consume up to 20 megabits of data per second.

Some people use mesh networks to improve wireless network coverage in their homes. These types of networks offer better coverage because they consist of interlocked modems that provide Internet coverage over a large area, which most traditional single-modem networks cannot.

add a comment of How many devices can connect to a modem?