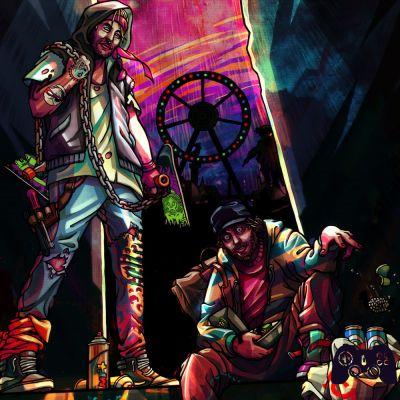 That of the sequels, especially in the videogame field, is a very delicate topic: knowing how to find the right balance between inserting novelties given to justify a chapter 2 and still being able to give a sense of continuity between the "old" product and the new it is absolutely not trivial, and the risk of ending up in the “more of the same” area is as present as that of upsetting everything too much. Three years after the excellent Hotline Miami, Dennaton Games will be successful with Miami 2 Hotline: Wrong Number to avoid these two traps?

The narration is still cryptic: this time it goes (almost) in chronological order, but more characters are impersonated

If from a narrative point of view the first Hotline Miami was cryptic and tangled, with Wrong Number the developers have played upwards: this time the events mostly follow a chronological order, but instead of impersonating a single protagonist, this time the player stops and wears different clothes several times. Jacket, the protagonist of the last chapter, therefore leaves the stage to several characters, each characterized by different abilities. In addition to the Fans, a group of Jacket emulators who at the gameplay level re-proposes the system of masks already seen in the first chapter, among the usable characters include the writer Evan (unable to use firearms and to perform deadly attacks for enemies if not executions when they are on the ground, but able to "break out" and give in to violence after having performed a certain number), the Soldier (who can alternate a firearm with a knife) and the Acolyte, in the original "The Henchman ”, a Russian gangster with a silenced Uzi.


Hit us down with the bat

The new characters introduce new abilities, but in general there is less freedom of choice than in the first chapter

The choice to follow a more choral approach therefore also reflects on the Wrong Number gameplay, allowing on the one hand to insert some novelties at the level of playful formula (one of the masks, for example, allows you to control a couple of characters, one with a firearm and the other armed with a chainsaw) mon the other hand, by "forcing" the player to use a given character in each of the scenes in which the game is divided, whereas the first chapter left more freedom allowing Jacket to choose the most suitable mask from time to time. Exceptions are the game clips in which the plot linked to the Fans is divided, where you can choose the mask to use as in the first chapter, even if from a decidedly less nourished assortment than that of the first Hotline Miami. Net of these differences, at the level of basic mechanics Wrong Number reproduces quite faithfully those of the progenitor of the series: once again we find ourselves massacring enemies floor by floor, using an arsenal that ranges from the aforementioned firearms ( pistols, Uzi and shotguns) to the melee, with clubs, crowbars and chains. The weapons can also be launched in this sequel at the enemy on duty, stunning him and making him fall on the ground ready for a bloody execution. In short, the novelties (always with the exception of the lesser freedom of choice on the character's skill front) are practically all attributable to the level design, which offers areas on average larger (thus increasing the "tactical" importance of the camera and lock on) and unprecedented settings, moving part of the action to outdoor locations instead of being limited to building interiors only. Level design which, however, necessarily impacts also on what is the difficulty of the title: on average the level of challenge is good and well thought out, inheriting again the characteristics of the first chapter of the series, with the exception of some clips of the experience that (accomplices both the greater "total area" of the map, which therefore has more areas that remain hidden from the frame, and the aforementioned restrictions from the point of view of the choice of the character) suddenly appear much more difficult, managing to block the player for a good number of attempts.

Excellent glance and soundtrack. A few too many bugs from a technical point of view

Even the visual register of Wrong Number takes up the style of the first Hotline Miami, presenting itself to the eye with a deliberately vintage style, created with the acid-colored pixel art already seen in the first chapter. The fluidity, also thanks to this certainly not expensive choice in terms of required resources, is generally excellent, allowing you to enjoy the experience in a relatively calm way (except for all the arguments made about the difficulty curve). Precisely by virtue of this we regret to report the presence of some bugs and, in general, the feeling of poor finishing that is often felt while playing: it happens to see enemies get stuck in doors or pass through the walls (fate they share with the weapons that are thrown by the player), or even to be able to "cheat" the game at the beginning of the level, opening the front door but retreating before entering, with the result of being able to move outside the perimeter and eliminate enemies on the floor more easily. True, these are minor defects and not such as to discourage the purchase of the product, but they certainly make us regret what we saw three years ago where the only problem was a somewhat inaccurate collision system. To close, one cannot but spend a few words on the soundtrack of the title, once again more than up to the situation and capable of bringing those who play into the atmosphere of the game, as well as getting into the head thanks to the hammering (and, as for the first Hotline Miami) repetitive techno sounds.


Verdict 8/10 Sorry, wrong number Comment Pulling the sums Wrong Number is a title that, despite overall failing to match the first chapter of the series, is certainly successful and offers an excellent (and at times almost frustrating) level of challenge as well as faithfully reproducing the style of the first Hotline Miami. Sorry only for some technical defect too many, which gives the product a feeling of general finishing lower than that had with the first chapter and in general can cost the player some undeserved game over. Pros and cons ✓ Fun and challenging
✓ Great soundtrack x Less freedom of choice than in the first chapter
x A few bugs too many

Do you want to be a video game expert and know all the tricks, guides and reviews for your video games ? Holygamerz.com is a group of video game fanatics who want to inform you about the best tricks, guides and tips. We offer you the best information to be a reference in gaming, so here you can find guides, tricks, secrets and tips so you can enjoy your games to the fullest. Are you ready to get all the achievements of that game that you resist so much? Enter now and enjoy your favorite video game to the fullest!
Shin Megami Tensei IV review ❯