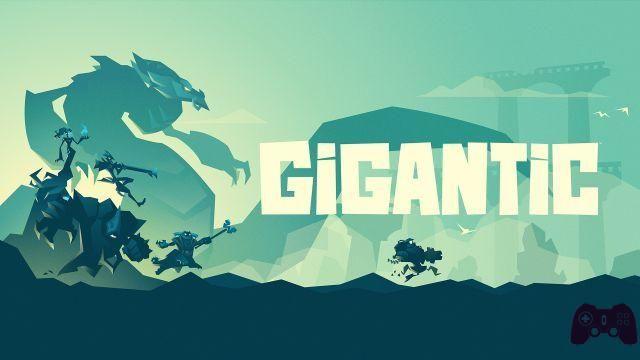 During the month of December 2015, Motiga, American independent videogame house, announced with a short press release that Gigantic, outgoing title for Xbox One e Windows 10, would have been postponed to 2016 due to lack of funds (with the consequence of the dismissal of sixteen employees) and to meet the high expectations of gamers, who had already been able to express their opinions thanks to the closed beta, available since August of the same year. These are the words of the US company:

We have received a lot of valuable feedback in our testing phases, and for this reason we have to do a good job for the high expectations of gamers, it is therefore clear that we must move the launch to 2016.

Unfortunately this change of plans meant that Motiga made some tough decisions this week. Our resources are in fact run out. Extending the development of Gigantic for another time required us to research resources. Therefore, Motiga had to fire 16 employees of the firm. All released employees will receive financial aid and "job placement assistance".

Do not wake up sleeping giant

As can be easily understood from the explanations provided on the official website of the title, as well as from the tutorial that allows you to enter the world of Gigantic, this game is a "Moba, a third person shooter, an unforgettable experience with 5 vs 5 hardcore clashes" consisting of a tutorial, some videos that give tips to the more experienced, a single mode and the main one that allows us to play together with nine other players. The battle is divided into four parts:

Not all 16 characters are available

Nothing easier in this case. Before starting an online game, we will simply have to select one of the characters on the roster. The cast offers a great variety of choice not only thanks to the physical difference of the selectable creatures, but also and above all thanks to their characteristics that differentiate them from others. At the moment, in the open beta version of the game, however, all 16 characters are not available, which is why it is still impossible to decipher how much the other 8 (which will be present in the final version of the game) will be different from those already selectable. Note that this is not a point to be underestimated: the difference between the characters who use sidearms (except for the bow) and those who prefer firearms is substantial, and unfortunately in the games that we at Holygamerz have been able to try, there is a small but important advantage on the part of the latter, who (albeit with less power) can naturally hit enemies even from a certain distance, without necessarily being hit by who uses swords, spears, and more. 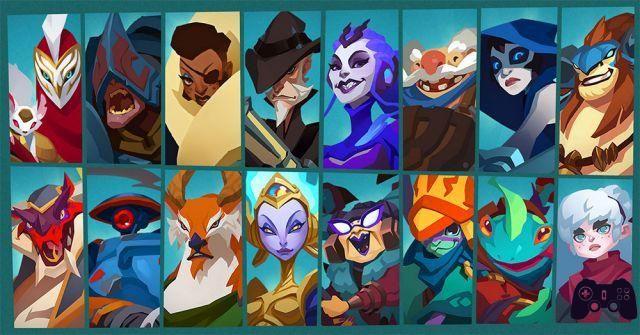 Once you have selected the character with which to start the battle, we find ourselves waiting for the other 9 players who will start the game with us. From this point of view, there were no line problems, nor was it necessary to wait too long before being able to find other people with whom we will fight with and against (on average about 70 seconds). Those who do not experiment with the tutorial but come across the main mode directly will certainly find themselves in difficulty due to the loss of orientation: in a map of modest size, we will have to try to defeat the opponents and occupy certain areas that will allow us to get to the two most important points of the game; in addition to this we will have to become familiar with the skills of the various characters selected and with the points of interest of the game area. 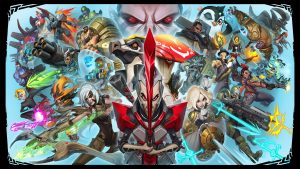 Upgrade and wake up the giant!

All along the map there are some important points that will allow us to invoke new creatures essentially useful for three different uses: we can choose whether to make enemies visible on the map, heal our companions, or enhance our abilities, without forgetting that the invocations can themselves be enhanced. The last step is to awaken your giant and make him face a fellow member of the rival team. However, everything is not easy at all, as our Giant can only be awakened after an intense battle and after having activated the seals. Once he collides with his enemy, it will be up to the team of five characters to give the final blow to the rival Giant. 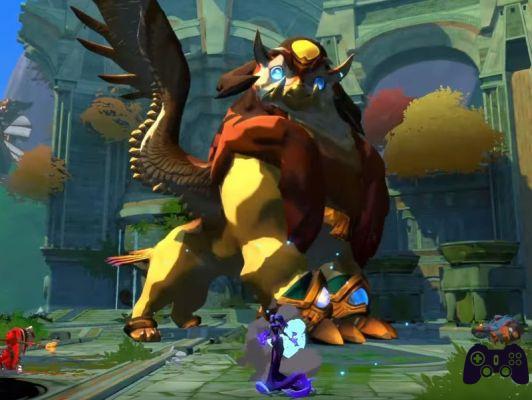 Problems at the start

Absence of the Spanish language

The financial problems and perhaps the ideas that Motiga lacked have certainly made the game less attractive than when it was presented during E3 2015. The title has lost certainty due to the delay, and unfortunately it is impossible to give a vote since is not yet complete (see the roster) and you have the feeling that pay to win is around the corner for two reasons: first of all it is a Free-to-play (not that this type of game means for force "pays to win", but this happens not too rarely), and also you have this idea as the sale of upgrades to be used in battle immediately appears in the game menu. If we exclude this detail, of which no one can be sure yet (if not Motiga himself), we find another even more important one in a MOBA: teamwork. There are two different types of teams within Gigantic: those who really team up with each other and fight with great harmony, and those who hit the rival team madly without a shred of control and harmony; and unfortunately in over ten online games, we have never found an allied or rival team that worked as a real team, although it is possible to "dialogue" with your teammates with sixteen different phrases that allow us to give orders well precise to others. in conclusion there is the risk of a real head-on collision that will make the individual games long and monotonous. The last but significant problem concerns the language due to the absence of Spanish: in a title in which there are a myriad of actions it is hard to read and pay attention to everything if you do not chew English.

Comment The Gigantic preview is only half convincing for the moment. If on the one hand it is obvious that from the choice of the character that the player will select we will have to face the game with a specific strategy as a single player, on the other hand there is an underlying problem: without the harmony with one's teammates, the title it will not give its maximum, despite a large amount of actions that we will be able to carry out during the game in progress. On the other hand, we must praise Motiga in the design of the characters and the places where the battles are held, with a “cartoonish” graphics similar to that of Overwatch and well characterized. Pros and cons ✓ Well characterized places
✓ Different characters from each other x Heavy lack of spanol
x Sometimes grueling matches
x Probable pay to win?
Do you want to be a video game expert and know all the tricks, guides and reviews for your video games ? Holygamerz.com is a group of video game fanatics who want to inform you about the best tricks, guides and tips. We offer you the best information to be a reference in gaming, so here you can find guides, tricks, secrets and tips so you can enjoy your games to the fullest. Are you ready to get all the achievements of that game that you resist so much? Enter now and enjoy your favorite video game to the fullest!
News War of the Visions: Final Fantasy Brave Exvius announced ❯