Few sensations in the world can rival the sense of helplessness that one feels when, while doing one's best, one cannot reach the goal he had set for himself. We imagine that Turtle Rock Studios tries something like this by looking back at its Evolve, but from this point of view we are all guilty.

Evolve is dead. The enthusiastic previews, the infographics to celebrate the results obtained in the public Beta phase and not even the maneuver to make everything free to play (at least on PC) were of no use. Evolve, in the end, is still dead, and inclusion in Games With Gold's March offer comes late in the death, looking more like The Winds of Winter than A Dream of Spring. In the end, Turtle Rock could not help but bow to the incontrovertible truth of the facts and decide to move on, aware that insisting would lead nowhere: and that's how Evolve died. 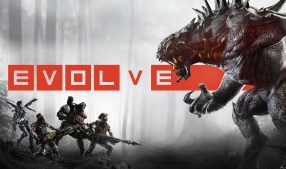 Turtle Rock in unplugging the project (still playable, only no longer being updated) has tried to communicate this last lesson, to give an example for what we hope is not the last time: we must take note of what happened in the specific case and in all related ones to understand what went wrong.

Because if Evolve is dead, it's all of us to blame. All of us as "experts", but also and above all as players. And that's why we want to apologize to Turtle Rock today.

The movement of the pitchforks

DLC and Season Pass are the norm, but Turtle Rock was honest

It is not a mystery, and for unsuspected times those who develop software have tried to monetize the fruit of their efforts even after the launch of the title, after those first weeks which represent the period in which statistically most of the copies sold are concentrated. The medium is becoming more and more complex and, above all, a large part of the user is looking for a "long-term investment”, Something that can generate entertainment for months. By intercepting this trend, it is therefore not uncommon to announce a series of paid downloadable content already before the launch, often enclosing the offer in the infamous Season Pass, now a widespread practice and used not only with regard to distinctly multiplayer productions but also for experiences. in single (and that's right, as we told you the day before yesterday). On this front, Turtle Rock undoubtedly played honestly with its audience: the expansions would have added new hunters and new monsters, but to avoid unnecessarily fragmenting the user and allowing anyone to play with the rest of the Evolve population, all additional maps would have been released for free.

One of the first things we said was that we don't believe in dividing the player community, which is why all the additional maps will be free. We don't want a player to be unable to access a server because he hasn't purchased certain maps. [Phil Robb, Creative Director @ Turtle Rock]

Enough to reassure potential "investors" by reconnecting to the point above. Absolutely not, because despite what it is to all intents and purposes definable as an intelligent approach to the distribution of DLCs (anyone who has played one of the Borderlands chapters after the release of its additions knows something about it) the user has fossilized on absolutely secondary content but not included in the Season Pass. Over $ 130 worth of additional content, yes, but essentially composed of skins for hunters or monsters; in short, nothing particularly dangerous for the economy of the product or with a significant in-game impact. Yet the criticisms have come to rain, and just open the Metacritic page dedicated to the title to realize the huge gap between the average of the reviews and the User Score attributed to Evolve by users.

How you report news can make a difference

Too easy, however, to unload all the blame on the forklift users by washing their hands. Too easy, because those who make (or at least try to do) information, in a climate that they know very well to be of this type, reported this news perhaps giving too much emphasis to the monetary issue, where perhaps it would have been more appropriate to try to clarify immediately the nature of this content outside the Season Pass. Mind you, we don't want to accuse anyone of clickbaiting (it is not in our style, and honestly it would be a somewhat hypocritical stance, within an article with such a cryptic title) and the writer, also carrying out the role of Webmaster on these pages, is familiar with the need to be able to "take the day home" from a traffic point of view. Nor would it be intellectually honest to a portal reader to filter news arbitrarily. Having said that, however, in a climate that seems congenitally led to dispense hatred too easily, with hindsight it would have been healthier for everyone to report the fact yes, but clarifying the nature of absolutely secondary skins from the title (in a first person then ...) of the DLC under accusation.

Being able to go back, the writer would probably choose a slightly less colorful title to report the news. And when he's wrong, it's okay to apologize.

But much more trivially where we feel (where the author of this article feels) that we are wrong it is right with the Evolve review. Not because of the quality of the piece, which we invite you to eventually read and discuss, but because if Evolve died in the end, it was because it didn't sell enough. And, when a title of which several insiders have spoken in enthusiastic tones fails to make its way into the portfolio of the general public, we can safely say this: as evidenced by the aforementioned gap between metascore and user vote, in the case of Evolving critics and audiences have spoken and are probably still speaking two different languages. Ultimately, the writer he failed to make himself understood by the reader, at least not enough to give Turtle Rock a chance. Which brings us to the second big point to analyze.

People don't know what they want

We have already spoken on other occasions of how users in certain cases are too quick to give their opinion; on that occasion, however, we did not focus on another problem that seems to afflict more than a few players. It is a form of quasi-schizophrenia, which leads the patient to affirm something in words and then support the antithesis in facts, and the case of Evolve in this sense is emblematic. 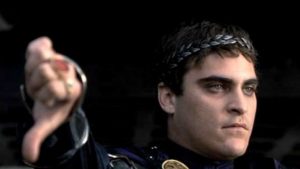 To learn more:
User Score, that is: why the specialized press is needed today more than ever On the one hand, the user wants the playful revolution at every release, on the other hand, he continues to buy the same titles over and over

Before we mentioned how by now, with the market adapting to the needs of those who move it and those who move it to adapt to the needs of those who trade, different fringes of players are looking for long-lasting experiences, which are supported (and playable) over the long term. period. Features that go well with the increasingly present multiplayer modes that developers insert in their titles, transforming everything into a real lions' den where only the strongest emerge alive and winners. Yet when a software house chooses to focus on multiplayer and sacrifices the single player campaign at its altar, the mood spreads. We saw it with the first Titanfall, as well as with Evolve itself. It is certainly an understatement to limit an analysis of a failure to this element (also because there is no shortage of successful cases in any case, see for example the Overwatch item), but it certainly cannot be said that the perception of a product by potential buyers is not affected by the presence or absence of an offline offer. However, it is not the only symptom of the disease: surely you will have often and gladly heard how the market no longer has the courage it once was, no longer proposes real news and does not take risks. And, for a few stretches a few years ago, the criticism was not entirely far-fetched, especially if we consider the shooter genre as a reference, inflated after the boom of Call of Duty (thanks to Infinity Ward and its Modern Warfare) and , on the wave of the success of Activision's goose that lays the golden eggs, victim of a certain tendency to action that risked distorting some historical intellectual properties and flattening the offer overall. Well, Evolve had them all what it takes to apply for a panacea of this evil, yet it has not moved significant figures. Because in front of a largely unprecedented experience, in its 4 vs 1 asynchronous competitive mechanics, well balanced from a playful point of view (albeit with some burrs) and above all damn fun pad in hand, few of you (indeed, few of us) found themselves in front of the shelf with a copy of Evolve in hand, ready to buy the title Turtle Rock? In a scenario like this, where on the one hand the user is clamoring for the revolution in gameplay at each exit and on the other, however, does not decide to reward those who really take up the rifle and try, one cannot attribute all the blame (or presumed as such) to a market that now only thinks of numbers and not of quality.

In the end, all revolutions start with the people: as long as we continue to reward the usual suspects and leave no room for the wind that blows behind a good idea, the situation can only remain identical to itself.

And above all this is why we should all apologize to Turtle Rock and by extension to all past titles and teams for a similar situation. We didn't believe it enough, and until courage is rightly rewarded the situation will remain unchanged.

Do you want to be a video game expert and know all the tricks, guides and reviews for your video games ? Holygamerz.com is a group of video game fanatics who want to inform you about the best tricks, guides and tips. We offer you the best information to be a reference in gaming, so here you can find guides, tricks, secrets and tips so you can enjoy your games to the fullest. Are you ready to get all the achievements of that game that you resist so much? Enter now and enjoy your favorite video game to the fullest!
Deponia Trilogy Review ❯

Special E-Third Party: what we expect from cross-platform titles

Add a comment from Evolve Special: Letter of Apology to Turtle Rock Studios