Errors that can damage the battery of your smartphone 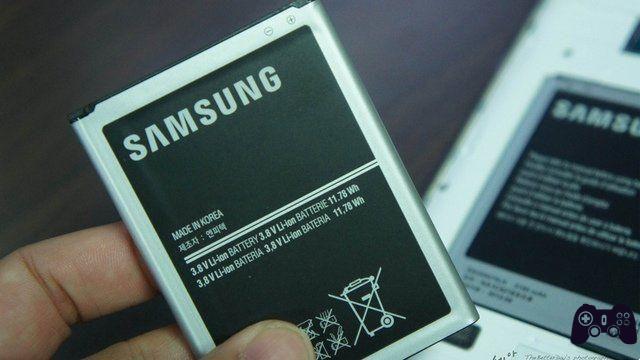 
Errors that can damage the battery of your smartphone

Here are some common mistakes:

But beyond true mistakes, there are many myths: not everything you hear is true.

1. Charge your smartphone by connecting it to your computer.

Charging your smartphone by connecting it to your computer via the USB port not only takes longer, but can also damage your device's battery. Currents fluctuate greatly between two USB ports and can cause more heat than normal charging in the outlet. It is exactly this heating that can reduce the life of your battery.


The materials used in the electrodes and electrolytes are stable only at low temperatures and suffer when the device overheats. Battery University measured a loss of up to 65% of a battery's capacity when it was exposed to a temperature of 40 degrees Celsius.

Therefore, it is always better to use the original charger and a socket, which provides a more stable current, extending the life of the battery.

2. Use the smartphone while charging.

Everyone needs some rest, including your cell phone. While charging, leave it alone and see what the world is like out there! If you keep texting, playing games or watching videos while your mobile is charging, you will increase the temperature of the device, and heat is the number one enemy of lithium batteries, which also take longer to charge.


3. Damage the battery by completely discharging the smartphone.

Deep in your heart the memory of the old Nokia still lives, indestructible as a diamond? Nostalgia in some cases can be harmful, misleading. Times have changed: today, as mentioned above, smartphones have batteries that do not suffer from memory problems, they are not "addicted". Current cell phones shouldn't download down to 0%, this is a very serious mistake.

This is partly avoided by a security system that shuts down the phone if the battery reaches 5% (however indicating that it is 0%), but it is still dangerous to reach such low levels. Ideally, start charging your smartphone when the battery reaches 15% or 20%.

4. Damage the battery by leaving the smartphone in the car under the sun.

I doubt that you, as a reader of this site, often part with your smartphone, but it can happen that you forget it once or even more than once in your car. Serious error! The sun turns the vehicle into a real oven and the heat blows away the resistance of your battery. This also applies to actions that overload the smartphone and cause it to overheat.

If the official smartphone charger has been lost or damaged, our first impulse is to look for a cheaper, better replacement for our pocket. This could be a mistake that will cost you more in the long run. Chargers are designed for certain devices, with their own technical specifications. And therefore it is good to always buy an equivalent replacement and avoid pirated products in order not to reduce the battery life.

You don't have to pretend you're innocent about it. The smartphone law states that you shouldn't use automatic brightness, but it hasn't come into effect yet. Although the function is sometimes sophisticated enough to produce a pleasing effect, it is unable to select an optimum condition regarding power consumption.

Manually setting the brightness to a low value will greatly increase battery life, and the Android platform has made it very easy to set it up in your smartphone's Quick Settings (or “Settings> Display> Brightness”).

7. Do not set the duration of the backlight.

Almost everyone knows that the screen is one of the biggest battery eaters of Android smartphones, so a good display setup is the key to longer battery life. The “backlight duration” setting determines how long the screen stays on after use. Any interval greater than 30 seconds, in our opinion, represents a precious waste of milliamps.

Don't worry about applications that require the screen to be active for a long period of time, such as game or eBook readers. They will keep your screen active even if it is set to keep it in this condition for a short time.

8. Damage the battery without paying attention to silent traps (widgets and background apps)

Widgets are notorious battery killers, running background updates mercilessly. You may think that a simple weather forecast service won't do much harm to your Android device's battery. Wrong. You don't have to completely give up on widgets, but you can use them smarter.

A weather service, for example, doesn't need to update every hour (twice a day is enough). The best apps offer the ability to set update and download intervals. Avoid the ones that don't offer this feature because they are the real vampires of your battery.

Mistakes that can damage your smartphone's battery the myths: not everything you hear is true

Leaving the smartphone on charge overnight will damage the battery

The daily cycle of the modern individual almost always includes this routine: wake up, work / school / university, return home and finally a long sleep; the smartphone in this case acts similarly to a person.

It is true that it is better to recharge the battery when it is between 20% and 80%, carrying out more recharges than a very long one. But you can rest assured, leaving the phone charging for many hours does not damage the battery at all. This is because modern batteries have a protection circuit that detects when the charge is full and stops receiving power. So the cellphone is not damaged.

The only bad thing is that this generates a waste of energy because the charger will stay active for a while without charging anything, consuming the energy. So the ideal would be to avoid this practice, but to say that it damages the smartphone battery is an exaggeration, and therefore a myth to dispel.

The phone battery has a memory effect

This myth has to do with old-fashioned batteries. This type of battery is truly flawed, that is, they lose their full load capacity over time. Today's batteries, however, are made of lithium; they no longer have this memory effect; so here is another myth debunked.

Putting the battery in the refrigerator helps regain power

This story probably started thinking the other way around: if the heat damages the battery, the cold helps. But no. When you put a battery in the refrigerator, the charge may also be held, but the power will not change.

In addition to not being useful, this practice can also be dangerous. Extreme temperatures can disturb the chemicals in batteries, causing damage to the device, and both the refrigerator and freezer have moisture and this can ruin the device.

When used correctly, power banks do not damage the cell phone battery. The care to be taken is very similar to that of normal chargers: check the quality and authenticity of the product. Also, it is good to keep an eye on whether the power supplied by the external battery is the same as your smartphone. If it is too much, it can degrade battery life. By taking this precaution, there is no problem with using power banks.

eSIM what it is and how it works ❯