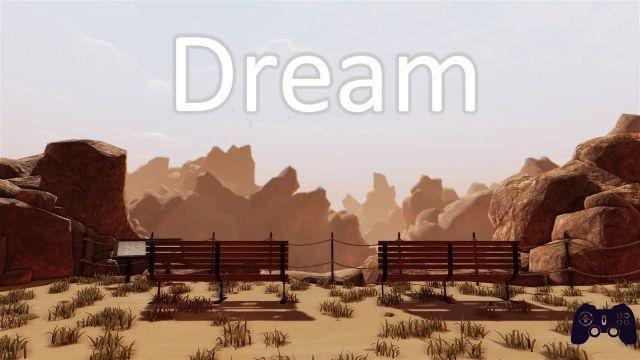 Often dreams are able to give us the answers necessary to face reality, other times they are a way to escape from it, to keep us safe from our fears or to recall our deepest fears. The intent of Dream, the latest work by the guys from the British indie studio Hyper Sloth, it is precisely this, to make us live an adventure through the world of the dream and the unconscious. Are you ready to immerse yourself in the kingdom of Morpheus?

I don't use drugs, my dreams are terrifying enough.

Dream will put us in the shoes of Howard Phillips, a university student who, due to the loss of his uncle, to whom he was deeply attached, lives his life at the mercy of events and overwhelmed by apathy. His refuge, however, is in a world out of this world, that of conscious dreams. A place where the unconscious becomes conscious at the same time and where moods emerge in a vivid and palpable way. But everything breaks when this real golden prison is threatened by the presence of mysterious nightmares that will somehow shake Howard from his torpor. It is not known whether in a positive or negative sense, however, this will be up to the player to find out. 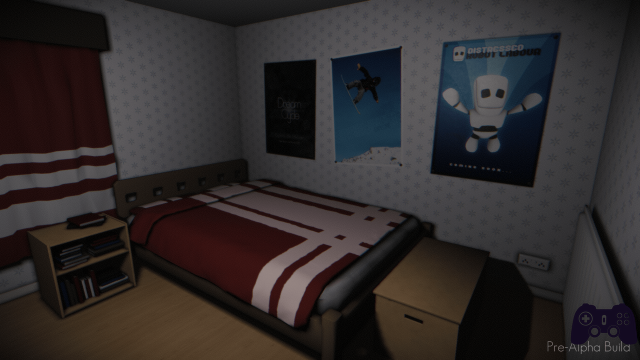 As a little later we will see for the gameplay, the plot of the game will not be narrated by a voiceover, by any text or by any type of cut scene, but it will be the world around us to change with each change in the state of the game. soul of the protagonist, following a scheme consisting of phases of wakefulness inside his own home to dream phases within the dream world which will be divided, in turn into various parts: the dream hub, uses a room full of mysterious cubes and characterized by aseptic shades, the main dreams (there are three, they are the largest and can be considered as the chapters of the game), the parallel dreams, which are the equivalent of the sub quests and will be tackled or not at the discretion of the player ( going to vary the ending) and the nightmares that will conclude the chapter will move the story, putting the protagonist face to face with all his torments. 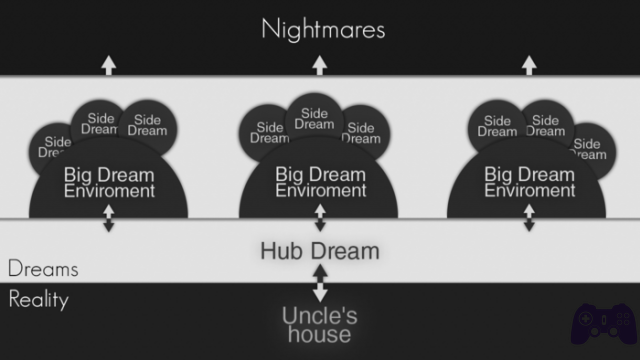 Each dream is characterized to best express a different facet of the feelings of Howard's thoughts, we will then pass from a desert full of objects of adolescence and childhood, to closed, aseptic, labyrinthine and brightly colored places, to others that they seem to come out of an Escher painting, up to much more familiar but also more disturbing environments. 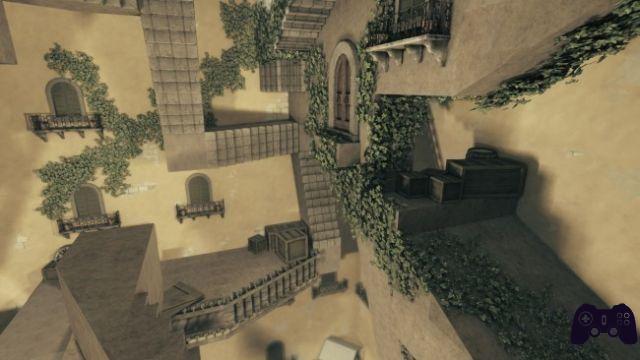 My work is a game, a very serious game.

As for the gameplay, exploration will dominate, at least as much as the puzzle solving sessions. The search for objects, the study of them and the resolution of more or less simple puzzles, will be all we have to do. The title certainly won't make things easy for us. We will not be offered any direct help throughout the adventure, so we should look for more or less explicit clues within the game world to find out how to solve a problem. These clues can jump immediately to the eye or they could be well hidden in a code hidden somewhere or in an apparently unimportant corner of the map. 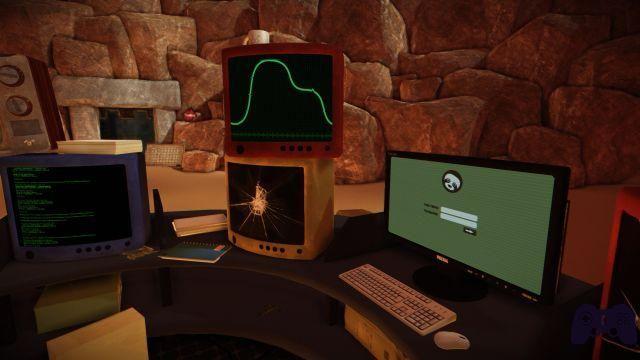 This desire not to grant aid to the player is paradoxically it could at the same time be a positive factor as well as a negative one. In fact, if it allows us to better identify with the protagonist and with his obsessive search to give meaning to his life, on the other hand it could break too much the rhythm and the dreamlike atmosphere in which we are immersed due to the frustration that some of the enigmas more complex they could cause. Nothing transcendental in any case. 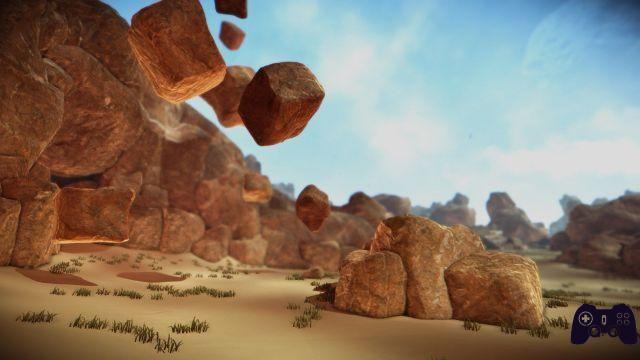 The difference in the protagonist's movements should also be emphasized depending on whether he is in the real world or in that of the unconscious. Unlike the first, in the second case we will have the possibility to move at a much higher speed, a factor that allows both to explore the various game environments in the most comfortable way and to underline this nature outside of reality, in which the character can to feel free from the constraints of suffering that led him to lock himself up in the deepest apathy.

We love chaos because we love producing order.

The technical profile, Dream enjoys highs and, unfortunately, some lows. If on the one hand we have well-made game environments, whether they are the interiors of the house or the “exteriors” of dreams, on the other hand, the lack of attention to the model of the protagonist and his shadow should be emphasized. Theoretically this might seem like a false problem, given the first-person adventure nature of the title. Unfortunately, however, we will often have to deal with reflective surfaces, in particular mirrors, to solve some puzzles or, simply to discover new clues, and the latter will reveal a very botched and elementary modeling for what is, in essence, the character we will see of more on screen in the course of the story. However, there has also been talk of shadows, and the latter unfortunately show the side of criticism, especially when diving in bodies of water. In fact, if in the “standard” phases, in which we will simply walk, nothing particularly serious is noticed, as soon as we are called to dive. The shadow in this case will become static and will reflect the basic model of the character, with arms outstretched and legs apart without having a single dedicated animation.

An applause instead for the sound sector, and in particular, for the always perfectly timed music that will make us really feel inside a daydream. The same thing also applies to the phase of nightmares, in which the dream music will be replaced by silences, interspersed with disturbing sounds that will keep the tension high and disharmonious musical pieces that will immediately understand the change of atmosphere. The use of headphones is therefore a must in order to better appreciate what is perhaps one of the high points of the Hyper Sloth production. 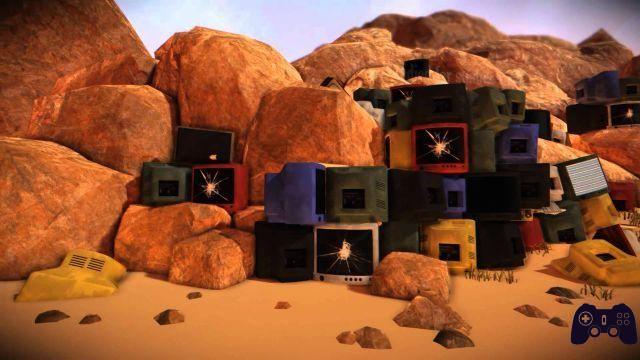 Verdict 7.5 / 10 Only those who attempt the absurd will achieve the impossible. Comment Dream, as the title implies, throws us into a world on the edge of reality, between dreams and conscience, in which we will be called to face our moods and our fears. Some technical flaws only partially affect what is an excellent first-person experiential adventure, accompanied by a first-rate audio sector. Pros and cons ✓ Fascinating story
✓ Evocative game environments
✓ First-rate sound sector x Bad protagonist model
x Inanimate shadows in the underwater stages
Do you want to be a video game expert and know all the tricks, guides and reviews for your video games ? Holygamerz.com is a group of video game fanatics who want to inform you about the best tricks, guides and tips. We offer you the best information to be a reference in gaming, so here you can find guides, tricks, secrets and tips so you can enjoy your games to the fullest. Are you ready to get all the achievements of that game that you resist so much? Enter now and enjoy your favorite video game to the fullest!
News + Super Mario 3D World + Bowser's Fury: how not to age a series ❯