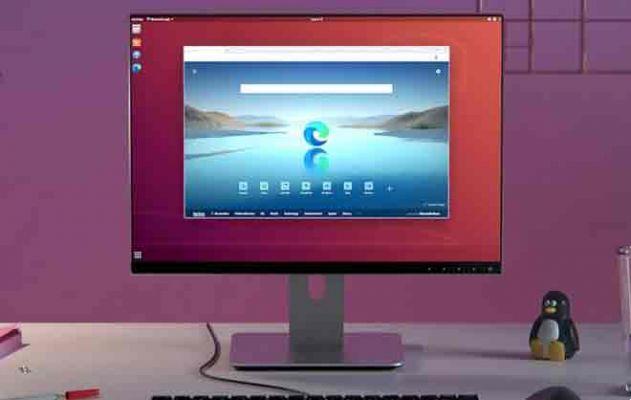 
The instructions found in this tutorial will work on the most recent versions of Ubuntu 19.10 and Fedora 31.

How to install Microsoft Teams on Fedora, Ubuntu and their derivatives

It will be easier to install Teams if you are running Fedora or Ubuntu themselves or another Linux distribution based on them. These are the best supported options out there, and as such, you'll be able to install Teams using their native formats.

First, download the package from Microsoft's website. When you go to the site using the Linux operating system, you will see options to download the app in .RPM (Red Hat / Fedora format) or .DEB (Debian / Ubuntu format). Download Microsoft Teams for Linux

These are the only formats currently offered by Microsoft. If you are using a distribution other than these two, you may need to find your instructions for installing one of the packages, for example through your distribution's wiki.

After downloading the file, you can install it in one of two usual ways: using a file manager or from the command line.


1. How to install Microsoft Teams on Linux using a GUI package manager

Installing Teams using a GUI package manager is one of the easiest ways to get started. Depending on your desktop, you should be able to click (or double-click) the package file.

The distribution and desktop software manager starts and shows the Teams package details. Click Install to proceed with the installation. After the installer completes, Teams will be ready to use.

2. How to install Microsoft Teams on Linux from the command line

If you like and know how to use the command line, use standard terminal commands to install Teams as well.


On Ubuntu, install the .DEB package with the following command (where “NNNN” is the version number of the downloaded package):

On Fedora, install the .RPM file with this command from the terminal:

Again, after the installation process is complete, Teams becomes available from the desktop application menu.


How to set up Microsoft Teams on Linux

The simplest part of setting up Teams is signing in, to connect with the right group of people. However, there are a few other settings you can tweak to set up teams to your liking. Click your avatar in the upper right corner, then click Settings to open a dialog with the following options:

1. General: high-level options such as theme, startup behavior and language.


2. Privacy: allow polls or contacts from certain people even in do not disturb mode.

3. Notifications: enable or disable the notifications that Teams shows you at will.

4. Devices: configure and test devices such as speakers, microphone and camera.

5. Permissions: You can also explicitly enable or (more importantly) explicitly disable Teams access to certain hardware or operating system services (such as Location).

6. Calls: allows you to set options such as voicemail and call forwarding on this screen.

Teams works exactly the same regardless of the operating system.