Chromecast vs Android TV: Which is Best? 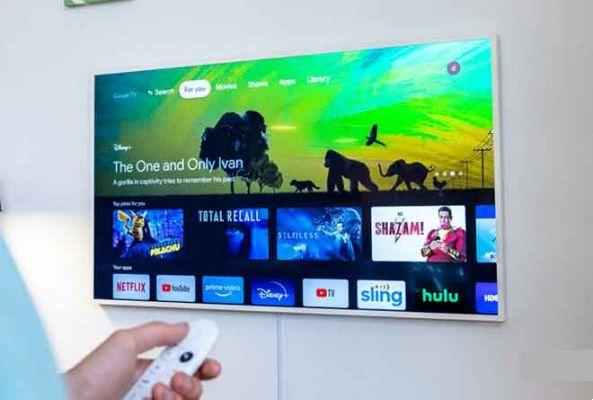 Chromecast and Android TV are both Google-branded devices, which is confusing when buying a streaming device. Both services provide similar functionality, but they also differ from each other in many respects.


This guide will break down the difference between Chromecast and Android TV to help you understand how they differ and decide which of the two is the right choice for your streaming needs. How to set up Chromecast, complete guide

Originally, Chromecast was a USB-powered dongle that connected to the TV's HDMI port which enabled streaming. Now, however, the name refers more to the brand. While Chromecast dongles are still available for purchase, the service is built into most modern televisions, no dongle required.

Chromecast differs from other streaming services in that it doesn't have an interface. There is no home screen or menu to select the desired content. The Chromecast acts as a receiver, so you can cast content directly to it from your phone or other device.


The transmission protocol is called G. It is what allows you to cast from your phone to the dongle and is not limited to just videos. You can stream YouTube, photos, and more. With the right Google app, you can even live stream your face - a great party trick to scare guests off if you want to act like Zordon.

What is Android TV?

Android TV is an operating system. More specifically, it is a version of the Android operating system designed for multimedia devices. It's often found in set-top devices like the Nvidia Shield, but it's also used as the default operating system for many smart TV brands.


Unlike Chromecast, Android TV has a home screen. It works much like any smart TV, with a number of different menus and options. You can use Android TV to start multiple streaming services and even play games.

As mentioned above, there is a lot of overlap in feature sets between Chromecast and Android TV.


Chromecast can receive content from other services and allow you to play Netflix, Hulu, and other services on a non-smart TV. Android TV can do all of this and more.

You can stream content to Android TV, but it also has built-in services. You can access your Netflix, Hulu, and other accounts directly through the operating system and use it through the TV itself. If Android TV is installed on a set-top box, the same concept applies: you just need to turn on the device for it to work.

Android TV also works with lesser-known streaming services like Red Bull TV and TED, as well as larger companies like Starz and HBO Max. You can also stream live TV, sports, news, Twitch, and more. According to Android TV, users have access to more than 700.000 different movies and shows.

If you are looking for different entertainment, you can access the games through the Google Play Store and download and play them on your Android TV. Pair it with a controller for a better gaming experience.

Chromecast vs Android TV: Which is Best?

The biggest difference between the two devices is the price. A single Chromecast dongle is much cheaper than an Android TV.

One of the cheapest options for an Android TV is the Nvidia Shield at around € 150. Comparatively, a third generation Chromecast will only cost you € 30. That said, determining which of the two is the best option is difficult, especially given the overlap of features.

From a pure cost standpoint, the Chromecast offers streaming capabilities (provided you have a smartphone) at a budget price, with the 2020 Chromecast models offering 4K streaming as well. This works with most TVs and can be an easy way to set up streaming without breaking the bank.

On the other hand, Android TV has a lot more features and can do everything the Chromecast can, but it costs a lot more. There are some budget options if you want to avoid a set-top device. Some 32-inch TVs from HiSense work with the Android TV operating system.

Android TV's feature list also makes it a better overall investment. If you're on a tight budget, go for Chromecast, but if you can afford it, invest in Android TV. It does everything Chromecast can do and more and will give you a much better return on your investment.

Five tips to keep your children safe on the Internet ❯

add a comment of Chromecast vs Android TV: Which is Best?