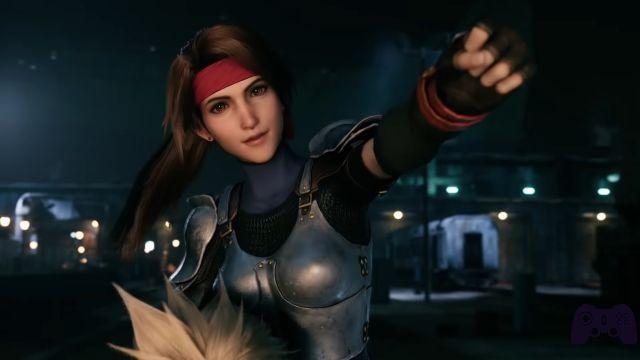 The community accused Square Enix of altering the plot of Final Fantasy 7 Remake by resorting to censorship.

Not even a day after the demo was released on the Playstation Store, the community of Resetera immediately began to make itself felt. Some users have accused Square Enix of tweaking the storyline of Final Fantasy 7 Remake applying a subtle but drastic form of censorship. The offending scene sees Cloud and Barret plant a bomb in Midgar's reactor 1 to detonate it and damage it irreversibly.
In the original title the bomb explodes, destroying the reactor and causing a series of very serious collateral damage, which lead to the death of many innocent inhabitants. Final Fantasy 7 Remake and its demo have suffered this new wave of criticism because this scene, apparently, was changed. It is no longer the Avalanche bomb that causes the explosion, but a sabotage of the Shinra itself, which wants to put the blame for what happened on the group of ecoterrorists led by Barret.

The main accusation against Square Enix is ​​that of having wanted to somehow clean up the conscience of the protagonists. If the destruction of Midgar's Sector 1 is indeed the work of Shinra, then Cloud and the other members of Avalanche are not really murderers of innocents. For the fans, Final Fantasy 7 and especially the demo deserve these criticisms because Square Enix would be trying to take an approach revisionist similar to the one adopted by Disney with remakes of their classic titles. The choice to relieve Cloud and his companions from the responsibility for any possible crime committed, accusing only Shinra of the massacre, seemed too much politically correct. Some newspapers have come to theorize that this disruption could lead to even deeper changes. There are those who fear that "a certain character could have a different ending".

But was it really like that? A reflection on video games between morality and controversy 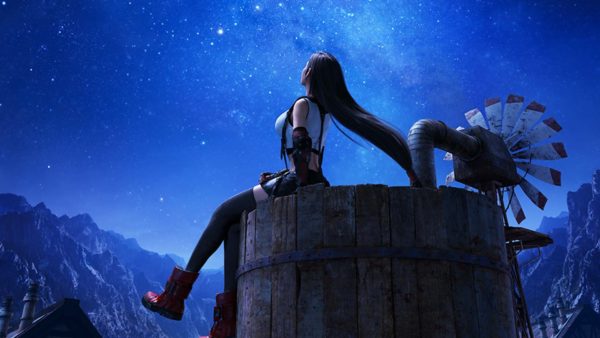 The truth is that no, Final Fantasy 7 Remake has not undergone any kind of censorship. Those who criticized the new narrative of the attack on Reactor 1 most likely did not pay the right attention to the details of the original work, or quite simply he doesn't remember it enough.
Unfortunately, the trade press has rode the wave of controversy by simply replying to the news.
The story has not been deepened and analyzed, but only reported in a partial way.

Final Fantasy 7 is among the video games that reflects better on the morale of its protagonists, knowing that their work can really receive more than a controversy. All this is clear from the start.

Square Enix didn't alter the story of Final Fantasy 7, it just changed the way it is told. Bombing Reactor 1 Avalanche does not have may wanted to make a massacre. Barret's intent has always been to destroy its main engine, not to blow it up. After all, Avalanche is an environmental organization that celebrates life in all its forms, never going to kill innocent citizens. The explosion of the reactor is always it was the work of Shinra; the only difference is that in Final Fantasy 7 we discover it later in time, while in the Remake it is revealed to us immediately 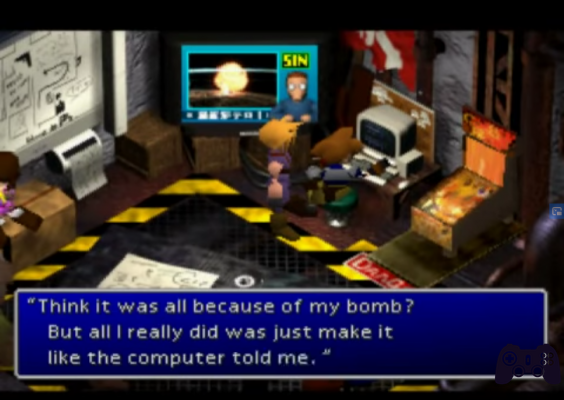 Jessie absolutely didn't want to cause a killing.

The truth was in the details.

Not surprisingly, following the reactor accident, it is possible to interact with Jessie in the organization's lair. She was the one who built the bomb, but watching the news she is devastated by guilt. She believes she made a design mistake, and she can't forgive herself for the collateral damage of her work. In one of the following scenes we are informed that the Shinra was keeping the Avalanche under strict control, and that it was exploiting their work. to your advantage.
It is the oldest trick in the world: to put one's own faults on the opponent to discredit him in the eyes of the public opinion. The doubts of Jessie, Barret and the subsequent massacre by Shinra tell that Avalanche never really intended to involve innocent people. The company's involvement in the explosion of its Reactor 1 has always been implicit, the remake seems to have only made it clear once and for all.

Of course, video games have also understood the importance of following trends. On balance, making it accessible to as many people as possible is in effect a very important trend for the market, just think of what Disney is doing with the remakes of its films. It would have bothered me too much if a moral dilemma like the one claimed by the community had been eliminated, But this is not the case.
Furthermore, Final Fantasy 7 Remake is, at the moment, only a demo, and it is a little foolish to overwhelm it with criticism with such an unstable basis.

Time to time, for heaven's sake

Video games, the importance of following trends and keeping up with modernity

We have already talked about it in the podcast audio preview: Final Fantasy 7 Remake is lucky enough to come out at a time when it is simultaneously a thing of the past and a video game in step with the times. Its subtext environmentalist it has always been very strong, and the remake has added details that underline its importance. The same bodies of enemy soldiers, once dead, return to the planet in the form of lifestream. 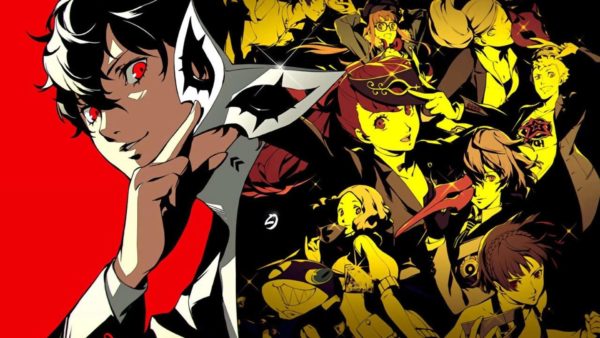 To learn more:
Persona 5 Royal and homophobic dialogue - we are the problem

Like any media product, video games can also undergo changes that reflect the evolution of ethics and morals of their era. We have recently seen this with the case of the dialogues modified in Persona 5 Royal, which go to support a West that is increasingly attentive to gender discrimination.
Final Fantasy 7 was a title full of mature and thorny themes: terrorism, as we have already seen, goes hand in hand with sexual abuse, bioethics and mourning. We have already said it: even video games undergo the importance of following trends and adapting to changes in ethics, but respect for the original work displayed by Square Enix does not portend a disruption in the treatment of its key themes. .

Video games and the difference between signifier and signified 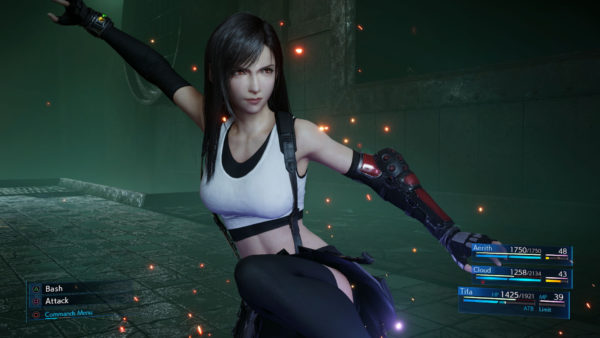 To learn more:
Final Fantasy VII Remake and the fight with the fan service

What was your first reaction to the Final Fantasy 7 Remake demo? I wasn't sitting there with you, but if you are one of the players who consumed the three discs of the original maybe I can hazard a guess. It was like the first time, but at the same time terribly different. It was like playing a happy childhood memory upgrade, probably idealized. On Final Fantasy 7 Remake, censorship has not been broken down, it is our imprecise memories that act as a filter. We are still talking about video games, an audiovisual product in which it is important to keep in mind the difference between meaning and signifier. The technical and technological upgrade of Final Fantasy 7 Remake has changed the relationship between the two; the signifier changes, but the meaning remains the same, even if it does not seem to some.

Let me explain.
The message, the plot and the interactions between the characters of Final Fantasy 7 were conveyed by only one type of signifier: the text.
Everything was expressed in text boxes, and most of those interactions were triggered manually by the player. It was therefore legitimate that some "optional" dialogues were never discovered by the most hasty players. This remake comes three generations later, technology has evolved and video games don't have to be confined within the confines of a CD. It is obvious that what once could only be expressed in words can now rely on new forms of expression such as videos and recited dialogues. In short: same meaning expressed by different signifiers.

But why does it all seem so different to us? Simple: the relationship between video games and fantasy has changed

While the transition from pixel art to polygonal models seemed incredible to our eyes at the time, Final Fantasy 7 was a title that left a lot of room for imagination. Video games and fantasy needed each other to achieve maximum expressiveness.
What we were given was a trace; the world was reconstructed by our brains, starting from the environments up to the faces and voices of the characters. That same relationship that existed between video games and fantasy has changed today. Developers can show more and more and can do it in an increasingly spectacular and articulated way. This does not mean that video games no longer need our imagination, mind you. On the other side of the screen, however, we are there with the pad in hand, it is always us who decide how to move.

To conclude then no, Final Fantasy 7 Remake has not faced any form of censorship. At least for now.
It just showed up in a new, modern, perhaps even better in some ways. It takes time to understand how much it has changed and how. For those who write about video games, on the other hand, you need the honesty to report the news in the right way, without necessarily wanting to ride the social trends.
Why not, no one has ever said that Red XIII will not be playable in the remake, but only in the first episode and no, there is no reason to think that Aerith's story can be changed.

And there's still a month left to launch.

Do you want to be a video game expert and know all the tricks, guides and reviews for your video games ? Holygamerz.com is a group of video game fanatics who want to inform you about the best tricks, guides and tips. We offer you the best information to be a reference in gaming, so here you can find guides, tricks, secrets and tips so you can enjoy your games to the fullest. Are you ready to get all the achievements of that game that you resist so much? Enter now and enjoy your favorite video game to the fullest!
Guide Persona 4 Golden - Complete Guide to Dojima's Social Link (Hierophant) ❯

News + Fortnite x Travis Scott: the birth of a metaludoreality

News Sekiro: Shadows Die Twice, the origins of the story