How to watch a YouTube video in virtual reality 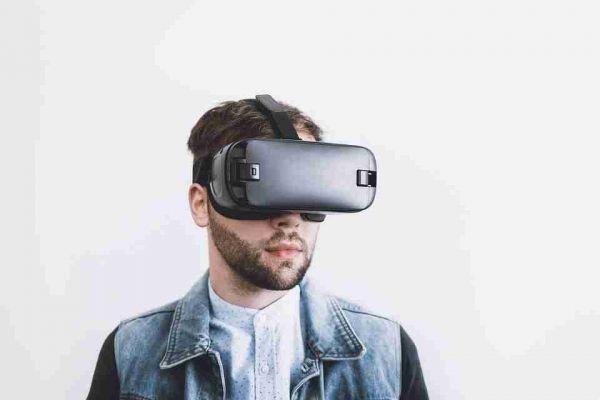 Do you want to be immersed in a YouTube video? Here's how to watch them in virtual reality on mobile and on dedicated VR headsets.

There are various ways to watch a YouTube video in virtual reality (VR), regardless of whether you have a dedicated VR headset or a more improvised mobile headset. Whatever your method, it's worth a try - watching a VR video on YouTube must be experienced, not described.

Here's everything you need to know about watching YouTube videos in VR and how to get the best viewing experience.

On mobile devices, a compatible browser is required to watch YouTube 360 ​​videos in VR. Chrome, Firefox, Edge, and Opera are all suitable. This means that Safari, which comes by default on Apple devices, is not compatible. You also need a portable VR viewer, such as Google Cardboard.

Alternatively, instead of watching VR videos from your mobile device, you can purchase a VR headset and use the YouTube VR app. The VR app is different from the regular YouTube app and requires a dedicated VR headset (such as Oculus Rift, Valve Index, and so on).

While both mobile and dedicated VR headsets allow you to admire the beauty of virtual reality, they both have unique features for different scenarios.

Mobile headsets are portable devices that you can take with you anywhere and are compatible with your phone; something like Google Cardboard, for example. They are cheaper than dedicated headphones due to their simplicity.

It only takes seconds to set up a mobile headset, so you can watch VR videos in no time. Open the device, queue the video you want to play, then insert the device into the mobile headset and start watching.


On the other hand, dedicated headphones are much more expensive and require a complicated installation process. However, these headsets are more immersive and offer a better overall VR experience than mobile devices. Some VR headsets, such as Oculus Quest, allow you to use them wirelessly, while others require connection to a PC.

For the best VR experience, you should use a VR headset and download the YouTube VR app. However, if you don't have one, you can get some of the experience via your mobile. Here's how to get both.

How to watch YouTube VR videos with a mobile headset

Your mobile device will slip into the headset so you can watch VR videos, but you want to use the correct settings so that it plays properly. There are several mobile headsets you can use, but since Google owns YouTube, the service references Google Cardboard.

The video should split in two after tapping the Cardboard icon. This method replicates how the human eye processes images, so once you put your face on the Cardboard device you will only see a single image.

If the video you're watching doesn't already include the Cardboard icon, touch the three dots to get more options, then select cardboard . You should see the icon appear after changing this setting.

How to watch YouTube VR videos with a dedicated headset

VR headsets do not require a phone to be placed in the viewing area. Your video will be fed directly into the device.

And this is all! Since there is no need to change the video screen, you can immediately start playing your video to view it in VR.