What is BlueStacks? How to use Android apps and games on your Mac or PC 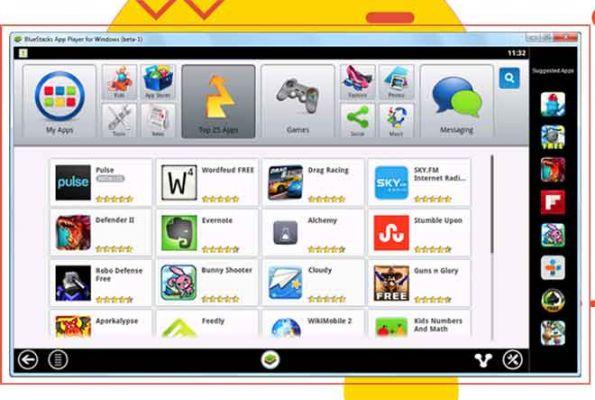 
BlueStacks is a popular Android emulator for Windows and Mac. Using BlueStacks, you can run virtually any Android app on your desktop.

Like any emulator (Best Android Emulators for Windows PCs), BlueStacks creates a virtual version of an Android device that runs in a window on your computer. It's not quite like using an Android device, but it looks enough like a phone screen that even a first-time user shouldn't have a problem using it.

BlueStacks can be downloaded, installed and used for free. While it is possible to use BlueStacks to run almost any Android app (it is compatible with around 97% of the apps in the Google Play Store), the app has found its largest audience of Android users who want to play mobile games on their computer. desktop.

The app is optimized for gamers, but gives direct access to the Google Play Store and any app can be downloaded using your Google account, just like on an Android device.


BlueStacks is a safe and reliable app

BlueStacks is a legitimate app developed and manufactured by a large company. As long as you install the program from the BlueStacks website, it is safe to install and use - installing it from a third party site could be risky.

Even so, some antimalware (What is Malware and How It Works) may block the installation of the program from the Bluestack website as well. But as long as you install the official program from Bluestack, you can proceed safely.

It's also completely legal - although some companies try to argue otherwise, emulators are protected by law and can run like any other app.


The main features and capabilities of BlueStacks

BlueStacks home screen doesn't replicate any particular version of Android or phone screen, but it should be easy for any Android user to find their way around.

The home screen includes an icon for the Google Play Store and a collection of system apps (including Settings). A toolbar on the side of the window allows you to access the various modes and features of the programs, as well as adjust the volume, take screenshots, rotate the display and more.

There is also a separate settings icon for adjusting BlueStacks settings - this is different from configuring the settings of the virtual Android device.


The BlueStacks home screen shows installed apps and features a toolbar for controlling BlueStacks and your Android experience.

You can navigate using the Back, Home and Recent Apps icons at the bottom right of the toolbar.

The most popular features of BlueStacks

System requirements and compatibility of BlueStacks

What is Canva? A guide to features ❯

add a comment from What is BlueStacks? How to use Android apps and games on your Mac or PC