Tech The best Linux distributions similar to Windows and macOS 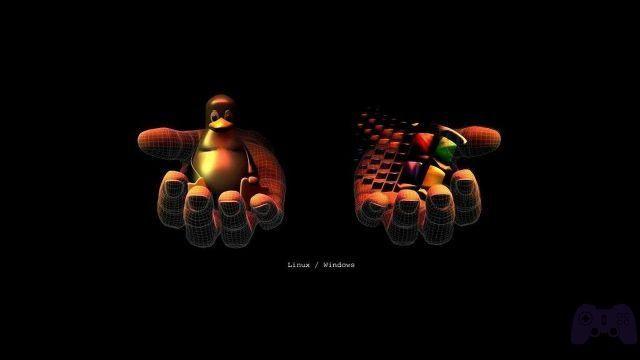 Oh I know, after years on Windows, moving to a distribution Unix is difficult, especially as regards thegraphic interface. Many times, in fact, those who switch from Windows to Unix will find themselves bewildered by the change of icons and what will appear on the screen, as well as initially appearing as difficult to install the new OS (operating system) per se.

Where in Windows it was enough for you to double click on the .exe file to install programs and games, on Linux the matter becomes complicated. Between repositories and packages it's hard to get lost. Well, today I want to meet you with a series of guides on Linux, to make the transition from one operating system to another less problematic.

Small note for those coming from macOS, I will recommend some distro similar as UI but technically the choice should fall on what you need more professional level. 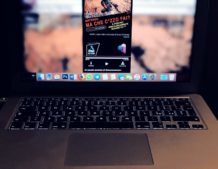 To learn more:
Those things you can only discover by switching from Windows to Mac

The answer is yes and we also find quite a few. In addition to the most famous, Ubuntu, we find others like Chalet OS, Zorin OS and Linux Mint

Of the three, Zorin OS is what a slightly newer computer might take while Linux Mint e Chalet OS they are aimed at those with older PCs that are still usable.

Another reason for wanting to install Linux based OS is that they are constantly updated, unlike builds earlier than Windows 10.

So let's see in detail the three mentioned above. 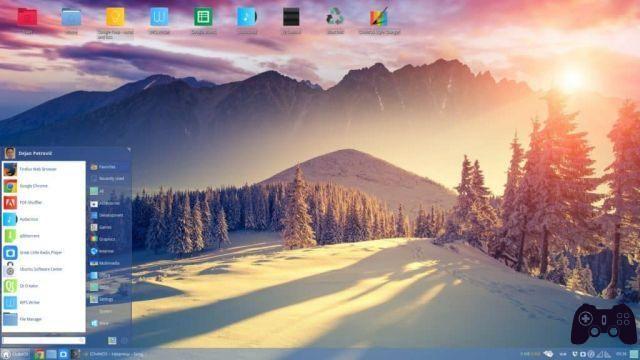 Doesn't it remind you of Windows?

The first operating system that we present to you is Chalet OS. And yes in practice it is your refuge if you switch from Windows to Linux. As you can see from the image, in fact, you will find a graphical interface very similar to the one you will be used to, and you will therefore adapt to it very easily.

This similarity was directly desired by the programmers, who have paid great attention to the creation of a visual component as close to that of Windows.

However, if you find yourself confused by certain new icons such as those of "My PC" and "Trash", you can always take advantage of the function Style Changer and give it a more familiar aspect to you (as well as possibly even the name).

So the advice I can give you is to install this operating system right away if you don't want big headaches. It also comes with a Software Center owner, for which you will not have to use strange contraptions to be able to install the various programs.


Indeed, Chalet is also very light as an operating system, requiring no special resources and proving to be a more than recommended choice for those wishing to switch to Linux for the first time.

Also, compared to the cousin Linux Mint, you will have all the features designed by the developers of the OS 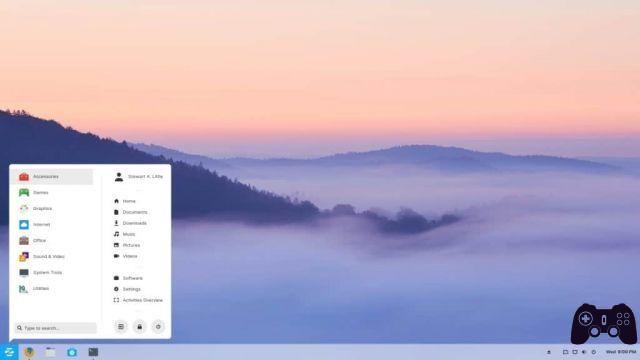 Do you want an experience closer to Linux, but still holding a little bit of the philosophy of Windows? Zorin OS is the solution. The operating system, as you can clearly see from the image above, is very close to the visual experience of Windows, while trying to break away from it through the chosen color palette.

Furthermore, once the operating system is installed, all the programs you need will be installed by default: Gimp, LibreOffice, OpenShot video editor.

If you want there will also be a nice function called Zorin Look Changer with which to change the basic look of the operating system, using predefined themes such as Windows 2000, Windows XP and many others. 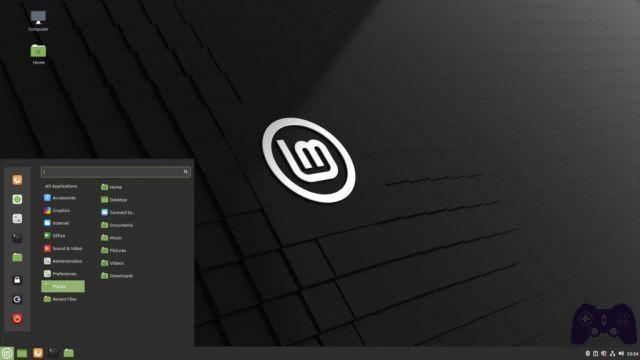 Linux Mint it's the right choice if you don't have a particularly powerful PC. On the site you will find three versions: Cinnamon, Mate and Xfce.


Basically, however, it will require very little resources (for example, the Cinnamon version requires only a dual core CPU and 2 GB of ram), and will offer a lot of features.

Of the three, the Xfce is the one designed for PCs even less powerful than the norm, and will therefore always work well as long as you have at least 1 GB of RAM.

I therefore feel I can highly recommend this version for any use you have to do. Its light weight and the various pre-installed packages will help you a lot in case you want to reuse old PCs that are no longer in use.

And for those who prefer Mac?

Kernel The kernel or core is nothing more than a software (program) that serves to manage the processes of the operating system. One of its primary tasks is to allocate resources to the system

Well indeed why would a Mac user switch to a Linux operating system? Believe it or not, the reasons that can lead you to switch from Apple OS to Linux exist, and they make much more sense than you imagine.

On the factor safety it is impossible to make comparisons, since the two operating systems use the same paradigm (one of all system privileges on the user side, and a similar kernel architecture).

However, you may want this SO transition in case you have of outdated Apple machines, since, once the support is over, they will no longer be updated by the Cupertino house, making them potentially vulnerable to external attacks.

So here are two SOs that might be right for you if you fall into this category. I also recommend them if you want to switch from the Windows interface to one more similar to that of MacOS without buying an Apple device. 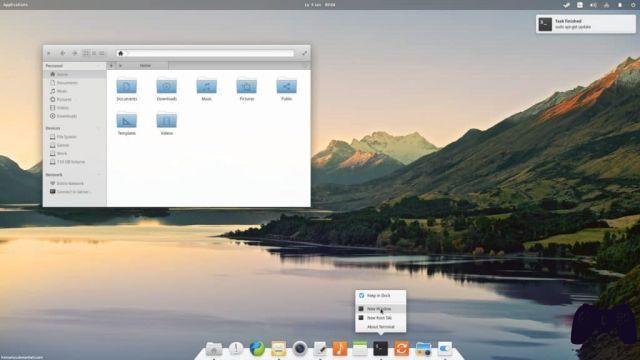 Elementary OS is a Linux distribution derived from the infamous Ubuntu and is strongly inspired, like graphic interface, to that of MacOS.

Unfortunately, however, the operating system in question has quite a few flaws. First, you must have a good PC (the following requirements are listed on the site: Processor 3-bit Intel Core i64 or comparable 64-bit dual-core e 4 GB of RAM).

So for anyone with an outdated PC it is recommended install this operating system. For those who have a Poppy there should not be any problem.

Other bad news is that unfortunately Elementary OS it doesn't have many graphical customization options, so you will have few options to customize your Desktop.

The pros of this operating system, however, reside in the basic installation of all packages for productivity and entertainment. In addition, it has a Software Center all his called AppCenter, so you won't have compatibility problems when installing your programs. 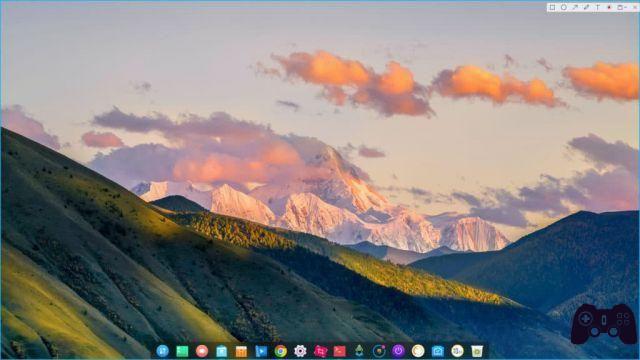 Deepin Os is another Linux distribution, whose graphic interface it harks back a lot to that of MacOS. However, it too requires a fairly new computer. On the site, the developers indicate that they have a PC dated at least 2010.

As you can see from the image above, the developers have tried to give the same feel of a Mac. Compared to Elementary OS, Deepin OS offers a wide variety in graphical customization through the Control Center, being able to install a lot of themes offered by the OS from the owner store.

Like other distributions, the operating system will also offer various pre-installed programs that may come in handy.

And with that we have come to the end of this guide. Now you will wonder, which OS to install. Well my advice, if you have an older PC, is to use Linux Mint.

Many OSes no longer support i 32 bit, as an example Deepin OS and Elementary OS, and Mint is incredibly light, so if you have an older computer, it might be for you.

Thanks to this operating system, you will be able to watch your favorite movies, take lessons from a distance or surf the internet with the comfort of a modern and not obsolete system, however old your PC may be.

The final decision is up to you

For other operating systems, however, the advice goes to personal taste. For each OS an image has been placed in this guide to give you an idea of ​​how their graphical interface will look and thus help you in your choice.

However, nothing prevents you from downloading the various operating systems and trying them out thanks to the function Live that every Linux distribution has. In fact, thanks to it, you can try with your own hands the operating system that will convince you the most, probing its features and what it will have to offer.

Obviously, you will have to be a little patient when you use the Live function, since it will almost exclusively use the RAM of your PC. But nothing prevents you from using LibreOffice and see the differences with his more famous cousin Microsoft Office

Meanwhile, if you have decided after this guide to install one of the OSs that we have recommended, let us know which one you have chosen and how you are getting along with it. And with that welcome to Unix world!

Do you want to be a video game expert and know all the tricks, guides and reviews for your video games ? Holygamerz.com is a group of video game fanatics who want to inform you about the best tricks, guides and tips. We offer you the best information to be a reference in gaming, so here you can find guides, tricks, secrets and tips so you can enjoy your games to the fullest. Are you ready to get all the achievements of that game that you resist so much? Enter now and enjoy your favorite video game to the fullest!
Special The Last of Us Part II and the eternal fight against ludonarrative dissonance ❯

Huawei Mate 40 does not disappoint: here are the alleged specifications

Vivo X51, focuses everything on the versatility of the camera | Review

Twitter will also have its Stories: they are called Fleet

OnePlus Band is official, the challenge to Xiaomi has begun