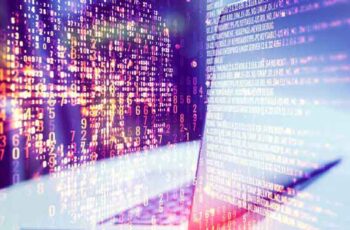 Learn how to protect yourself from a sneaky drive-by download attack, which can install malware on your device. Imagine the scene: You got infected with malware on your computer, but you have no idea where it came from. You have not downloaded anything and you have not visited sites considered dangerous. Yet, there is malware on your system, which ruins your day.

A drive-by download is a relatively common technique that an attacker can use to silently install malware on a victim's computer.

An attack usually involves compromising a website in some form, taking advantage of one of several technologies that help boost a site. These can include a corrupt plug-in, JavaScript, iframes, short links, infected advertisements (known as malvertising), and more.


In short, there are many places where an attacker can hide malware in preparation for a drive-by download attack.

Sure, they're more likely to occur on a website with more questionable content, such as an illegal streaming site, but a major service traditionally considered safe is a more profitable target in terms of visitor numbers. More visitors equals more potential victims.

There are two main ways a malicious drive-by download arrives on your computer.

You can divide the major types of drive-by download attacks into smaller segments.

An authorized drive-by download is one that requires user interaction, at least to some extent.


For example, an attacker compromises a website and installs an attack vector. But to complete the attack, the victim still has to press on Download, OK or similar. The option to download a malicious file appears spontaneous after the victim arrives at the site and is disguised as a normal file.

Some definitions of authorized drive-by download extend further, covering malware or bundleware that was accidentally installed as part of another software installer.


Depending on the type of malware, you may not notice anything different on your computer. The download will complete and, depending on your security settings or malware variant, will be installed without notice.

Not all drive-by download attacks try to install nasty malware on your system. Having something unexpectedly installed on your computer is undoubtedly troubling. However, not all malicious files are cut from the same cloth.

Finding malware on your system is far more alarming than a PUP. Furthermore, it is much easier to remove a PUP from the system than the "correct" malware.

Most PUPs can be easily removed using the computer's built-in antivirus program or a third-party tool, such as Malwarebytes.

The very name of the attack makes it seem like it's hard to protect yourself. It's a drive-by, after all, and it targets anyone who visits the hacked website. However, there are seven things you can do to stop a drive-by download from hitting your computer.

Now that you know the signs and reasons behind a drive-by download attack, you will be better prepared to avoid one in the future. Remember, keeping your system and applications up to date really helps!

What is an RCA cable? RCA cables have been around since the 50s ❯