How to install Android on Windows tablet 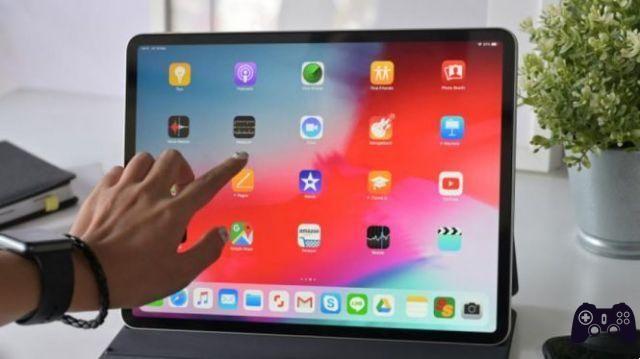 
Which tablet are you using?

Before proceeding, remember that Android can only be installed on standard 32-bit or 64-bit Windows tablets. Those that use ARM processors (like the older Microsoft Surface RT) are incompatible.

Meanwhile, the process of installing Android on Windows tablets differs from device to device. However, the general approach is the same.

Owners of Windows 8 tablets are desperate for an upgrade to a usable operating system. In many cases, Windows 10 is the solution. However, the lack of apps or the growing complexity of Windows 10 may prevent you from performing such an update.


For many, Android is the only way to continue using old but perfectly adequate tablet hardware.

What is needed to install Android on a Windows tablet

Start by collecting everything you need to install Android:

When it comes to installing Android, the first option to try is Phoenix OS.


Intel also maintains some Android images for Windows machines. You'll find them as part of the open source Celadon project, available for download on GitHub.

Before proceeding, check the web for instructions for your tablet. It's important to have direct, step-by-step reference to make sure you don't make any mistakes that could erase the drive. You definitely want to avoid errors that could leave your computer unbootable.

Why install Android on a Windows tablet?

Windows has a user interface that can be used in touchscreen and tablet mode, cons it comes with the Microsoft Store app which is relatively modest.


If you already have experience with Android tablets and don't particularly like the Windows touch environment, switching makes sense (where possible, that is). Thanks to Android's improved OTG support (so you can connect USB drives and input devices) you might not even notice a difference!

Note, however, that you will be limited by apps that support x86 compatible systems. These are increasing in number, but don't expect to run all Play Store apps.

It is not possible to install a second operating system on a device designed for Windows without making some changes to the system configuration.

First, you need to make sure Secure Boot is disabled. You open Settings> Update and reset> Reset and select Restart now in Advanced startup. From here, use the arrow keys to select Troubleshooting, Then Advanced Options> UEFI Firmware Settings.


Here, you find Safety in the menu on the left and set one Supervisor password. After adding it, open Start, find the option Secure boot and set it to Disabled.

Once this is done, press and hold the key di power on to restart, then press and hold the button as well Windows until the screen returns. This allows for a quick link to the BIOS screen, where you need to make sure the UEFI mode.

Then, turn off the tablet and connect the USB hub directly to the USB port. Do not use a docking station.

With the keyboard and USB stick connected to the hub, start the tablet PC by pressing F12. In the boot menu, use the arrow keys to select the USB drive. When you need to make selections (such as enabling dual boot), use the device's volume keys.

Different versions of the Android installer have slightly different steps. In most cases, the dual boot option should be selected. It is often not worth removing Windows completely as the bootloader is required for Android to boot.

If all goes according to plan, the next time you start your tablet you should see a start menu, where you can choose between Android and Windows.

Install Android on Windows tablets via a virtual machine

Installing Android on a Windows tablet can be difficult. For example, it may take some time to find the right image. In the worst cases, there may not even be a compatible version of Android to use.


Do not give up. If Android emulation doesn't suit you, consider a virtual machine instead.

Tools such as VMWare Player or VirtualBox run a virtual environment, on which an Android operating system is installed. This could be the operating system you previously downloaded to run on your specific tablet model, or it could just be a Phoenix OS.

Either way, this is a cleaner option than dual booting or completely removing Windows. Simply start Windows, start the virtual machine and run Android.

If your main motivation for installing Android on your Windows tablet is to use apps, emulation is the simplest solution. You can choose from several tools to run Android apps this way, including:

Note that these will only work as allowed by the hardware on the Windows computer. Check out our guide to the best Android emulators for Windows for more information.

It might be tough, but you should eventually be able to install Android on your Windows tablet. Maybe you'll end up with a dual-boot setup, or maybe you'll be relying on an emulator. Either way, with Android running, you can start enjoying your favorite apps and games.

With everything installed and Android running, it should work just fine. However, whichever method you use to install Android on your Windows tablet, you will likely find some features missing or disabled.

Therefore, you need to download and install the Google Apps in order to use important apps like YouTube, Google Play, Gmail and all other popular Android apps provided by Google.

How to properly install a PLC at home ❯

add a comment from How to install Android on Windows tablet