How to download Disney Plus on Samsung Smart TV 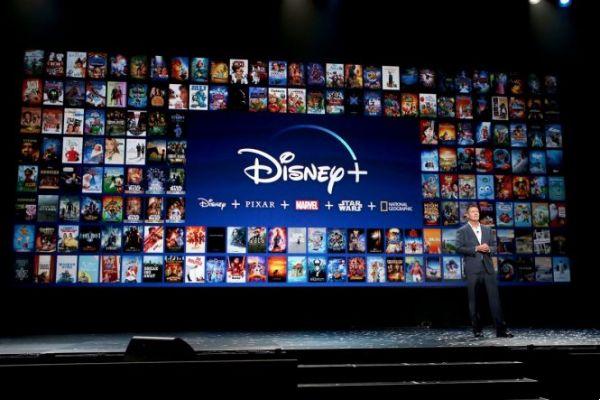 
We live in an era where Disney is no longer a network that exclusively offers children's programs. With movies like Star Wars to his credit, you'll want to know how to download Disney Plus to your Samsung Smart TV.

GET STARTED BY REGISTERING

Before you start streaming your favorite Disney movies on Disney Plus, you need to sign up for an account. Get started by signing up here for a one-week free trial or watch your favorite movies, shows, and sports for little money.

DOES IT WORK ON SAMSUNG SMART TV?

Samsung TVs have become more and more popular. They tend to be reliable and have gained a lot of trust from customers over the years. Some Samsung Smart TV models are unmatched flagships on the market.

In addition to adding support for both Amazon Fire TV and LG smart TVs, Disney announced that Disney Plus will arrive on Samsung smart TVs on launch day.

That said, Disney wouldn't confirm which specific years and models Disney Plus will appear on, so if you're worried your old Samsung TV doesn't have access to Disney Plus, below are some tips for you.


WHAT HAPPENS IF MY MODEL IS NOT SUPPORTED?

If you are familiar with modern technological trends, you should know at least one thing: finding workarounds has never been as easy as it is today. Even when devices work on a microscopic level, you can always find a solution to a technological problem.

This is largely due to the “solve it or innovate it better” mentality. Nobody can reinvent wheels nowadays; most companies seek solutions to existing problems.

So, there is a way to download Disney Plus to your Samsung TV if Disney doesn't support your model? Well, not exactly. You can find a workaround that will allow you to play Disney Plus content on your Samsung. Reproduction of the content, however, is what it is all about. All you really want to do is have a high-quality video experience on a big screen.

There is the word "alternative solutions". As a matter of fact, these workarounds are so popular that it's almost impossible that you haven't at least heard of them. They're often used, relatively cheap, and have one thing in common: they have dedicated Disney Plus apps available in their respective markets.

When it comes to iOS devices, make sure both the smart TV and smartphone are connected to the same Wi-Fi network. So, download an app that will help you mirror your phone / tablet screen to Samsung.


With Android phones, you can use your phone's dedicated app for screen casting / mirroring or find the one that best suits your needs. Of course, you can always use an HDMI cable to mirror your phone screen to Samsung TV.

As soon as you see your phone screen on your Samsung smart TV, you can run the Disney Plus app and stream HD video content of whatever you want.

You've probably heard of Roku, Chromecast and similar "streaming" devices. Well, now you know exactly why they are widely used.

Most smart TVs, Samsung or otherwise, aren't really packed with apps as soon as you buy them. In fact, their app stores aren't either. This is where streaming devices come in - they let you watch anything you want on your TV.

With a solid streaming device, you no longer have to worry about boredom, just having to connect your laptop to your TV via HDMI or finding ways to stream video from your phone to your TV while looking for a good charging point.


They are also not complicated to use. In fact, they are made with ease of use in mind. Just connect them to the Samsung TV via USB and use the remote device to download the Disney Plus streaming app to the actual streaming device. Of course, each of these gizmos has a different setup tutorial, but they tend to be very simple and straightforward.

Disney Plus is supported by Roku, Apple TV, Amazon Fire TV, Chromecast, and Android TV, so any streaming box will do.

USING DISNEY PLUS ON A SAMSUNG TV

It's great news that Disney has finally confirmed that their streaming service will be directed to Samsung TVs, but without knowing which specific models the app will receive, it's hard to say for sure if your TV will actually be able to access Disney Plus. .

However, there are workarounds that involve screen mirroring, screencast, or using one of the popular streaming devices. Proof that nowadays, there are not too many problems without solutions.

How to download Disney Plus on SONY Smart TV ❯