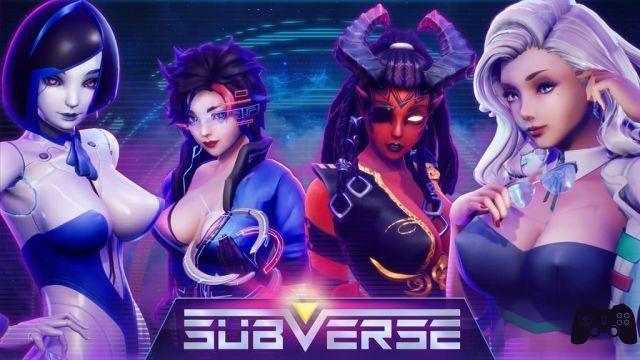 Arch holds the mouse in his left hand.

Arch he had already made headlines after that Creative AssemblY, the software house behind the series Total War had removed a mod on Steam that he ultra-sexualized female characters in Total War: Three Kingdoms. On that occasion, the youtuber grew up in bread, racism and alt-right memes had defined the development house "cuck beta leftists"(In translation:" leftists who make their wives sc * it seems like alpha males "). In response, the Total War Community Manager, Michael “Wheels” Whelan, had rightly called him a “dickhead” during a Twitch stream. 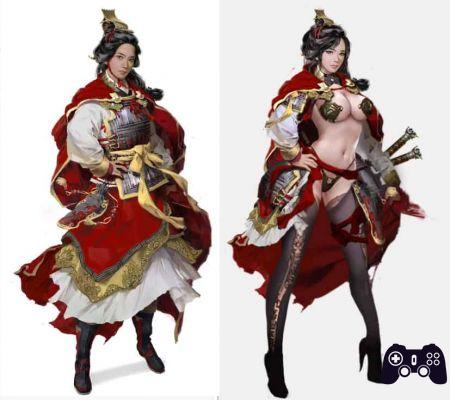 The mod that Arch has fought so hard to defend.

The alpha male in question, Arch Warhammer, had in fact published a video in which he complained that he could no longer look at the tits of his generals while trying to conquer China in the latest chapter of Total War. Being able to play with just the mouse, in fact, Arch no longer knew what to do with the other hand, without the mod.

FOW Interactive, the development house of Subverse, "ignoring" political affiliation, the IQ, and the nature of the Arch community, he immediately noticed his love for bitches, and decided to offer him one copy of the game to show in a video.


What Studio 69 "forgot" to do, however, was to check (with 0.45 nanoseconds on Google), who Arch was, and what content it brought, at least according to the study.

Arch Warhammer, with the friend of snacks Sargon of Akkad (who had also run for the European Parliament under the flag ofUKIP, a British far-right party, failing miserably), they used to bring content with the title:

“What can we do against Islam? A chat with Sargon from Akkad and Vee "

Those 0.45 nanoseconds that were missing for Studio 69 to do research on who participated in their PR campaign, were not lacking to fans and supporters of the game, that have bombed the study of emails, urging you not to support the game.

The studio, trying to patch it up, released one statement:

"To start, lets keep Subverse as a game for getting off on sex and not politics, it's best for everyone."

“[…] We have no problems with Arch personally. We simply wanted him to showcase some of our gameplay together, which Arch did professionally and he was very gracious with his time. "

"[...] We did not want to offend any fans of Arch, he provides a platform for independent games creators like us to showcase our games."

In translation:
“For starters, let's let Subverse be a sex game, not politics, it's better this way” […] “We don't have a problem with Arch personally. We just wanted him to show some of our gameplay, which he did professionally and was very kind to his time "[...]" we didn't want to offend any Arch fans, he provides a platform for independent developers like us to show your own games "

In short, FOW Interactive he did not apologize to Subverse supporters, who have donated more than one and a half million pounds to a fap-game, for using a far-right, misogynist, racist and homophobic youtuber to advertise their game. FOW Interactive he apologized to Arch, who in his grace and generosity has gotten into their game, because the Subverse community got angry.


Such a statement leaves no doubt about the position that the development company has taken on the matter, and without a shadow of a doubt it throws sinister lights on the game and its developers.

Now watch me do it.

In this 2020, already another development house had been criticized for choosing to advertise the game through the Arch. On that occasion, however, unlike FOW Interactive, it turned out differently.

The software house of World of Warship, in fact, after receiving the report from Games Workshop (the parent company of Warhammer, to be understood) of do not work specifically with Arch (ah, that's why you took Warhammer off the name, rascal), he issued a statement:


“[…] When working on our collaboration with Warhammer, we were specifically warned by Games Workshop not to work with this influencer, and we agreed. As a result, we ended up working with a person we don't want to be associated with [...] "

"We take full responsibility for this incident and sincerely apologize to you and Games Workshop [...]"

"We are against all forms of discrimination [...] we have terminated the partnership with Arch Warhammer [...] we have also requested that promotional videos be removed [...]" 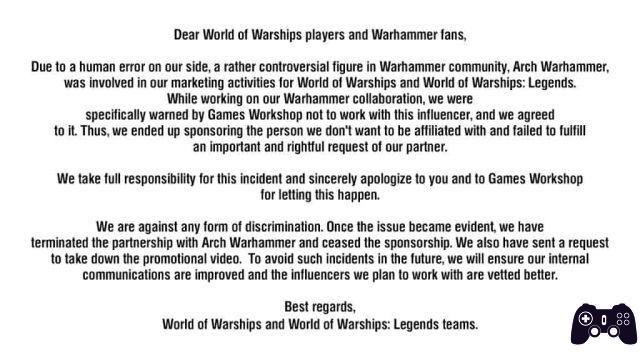 So unlike what FOW Interactive wanted us to believe, Arch was notoriously a character to be avoided, enough to receive one reporting directly from the parent company of the game on which it carries content. In short, everyone knew it, and Subverse did not know.

In short, FOW Interactive he was perfectly aware of Arch's affiliation, and has strategically chosen to advertise his game with the demographic slice who most would have appreciated the game and its jerk nature: 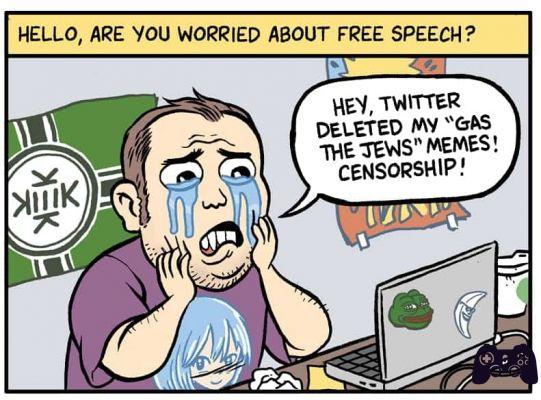 Is the story clearer now?

When an independent development house, mostly handsomely financed, is perfectly comfortable licking the combat boots of the Arch Warhammer and the Sargon of the moment, it is impossible to pretend that there is not something rotten in this industry.

To put it in the words of Michael "Wheels" Whelan: "Arch Warhammer is a dickhead, Goodbye" 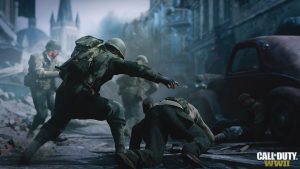 To learn more:
Video games as a vehicle of hate: the new frontier of terrorism
Do you want to be a video game expert and know all the tricks, guides and reviews for your video games ? Holygamerz.com is a group of video game fanatics who want to inform you about the best tricks, guides and tips. We offer you the best information to be a reference in gaming, so here you can find guides, tricks, secrets and tips so you can enjoy your games to the fullest. Are you ready to get all the achievements of that game that you resist so much? Enter now and enjoy your favorite video game to the fullest!
News New Shin Megami Tensei announced for Switch ❯