Welcome back to Episode 15 of our in-depth guide to Super Smash Bros. Ultimate's stellar cast of playable characters

In this ours guide, we will devote ourselves to the many characters playable of Super Smash Bros. Ultimate, starting with Mario up to the latest additions of the second Fighters Pass. In each episode we will describe about five or six fighters, however, dividing them according to the chapter of Smash in which they made their debut. Here we are: it's time to see the first fighters DLC, namely sold separately. Of course, we will not fail to tell you theirs too price. Today we will see the Piranha plant, Joker,Hero, Banjo and Kazooie, and finally Terry. In the appendix, we will talk more about the latter and the complex commands it carries with it. 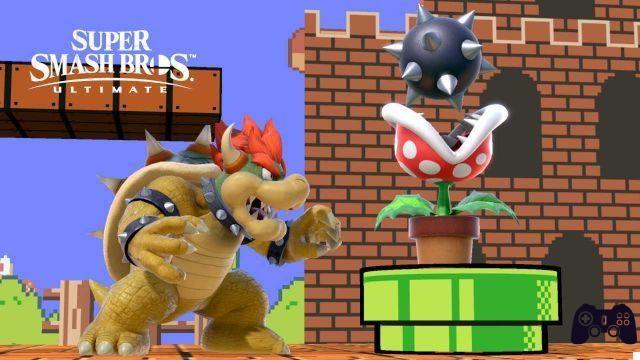 As happened in the fourth Smash with the two Wii Fit Trainers, also in Ultimate Masahiro Sakurai wanted to throw a curveball. Announced as a free bonus for early players, the Piranha plant debuts as one of the most unexpected fighters in the history of the series. Among the firsts implied by this incredible novelty, we remember that this is the first DLC coming from the series Mario, the first common enemy made playable in Smash, the first version of any type of Piranha Plant to be usable in a game, and the first Piranha Plant to boast any kind of mobility. 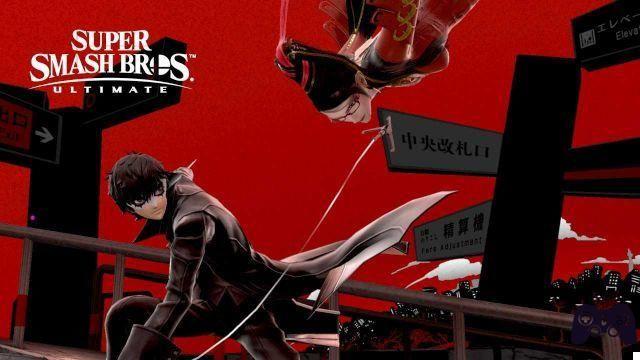 The first of the "real" DLC characters that we will see in our guide to Super Smash Bros. Ultimate is Joker, code name of the protagonist (Ren amamiya, if you prefer) of Persona 5. There is nothing like a character in a game still exclusive to Sony consoles to - quoting the then president of Nintendo of America, Reginald “Reggie” Fils-Aimé - “give a taste of the DLC ".

Masahiro Sakurai had promised that none of the DLC characters would be someone else's Echo and he was up to his word. Similarly to Sheik and Samus Zero Suit, Joker's fighting style - first representative of Atlus on the roster - he's stealthy but a mechanic unique to him allows him to hit really hard. 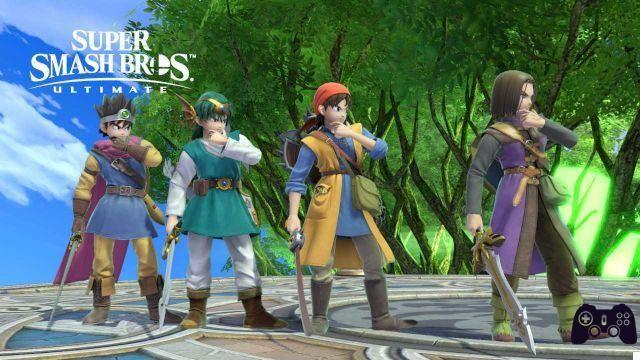 Simply called Hero, the protagonist of Dragon Quest XI: Echoes of a lost era (canonically, “the shining"; right in the image) arrives in Smash bringing with it the traditional RPG mechanics we mentioned when talking about Cloud. His alternative costumes (image) recall Erdrick from Dragon Quest III: And so he entered the legend ... (first from left), Only from Dragon Quest IV: The Chronicles of the Chosen (second) ed Eight from Dragon Quest VIII: Odyssey of the Cursed King (third).

The second representative of Square-Enix, one of the most requested fighters ever in Japan, has allowed Sakurai to break two internal regulations of the software house: the ban on letting the protagonists of Dragon Quest, and to see them take on the stars of Final Fantasy. This speaks volumes about the respect Sakurai has earned! 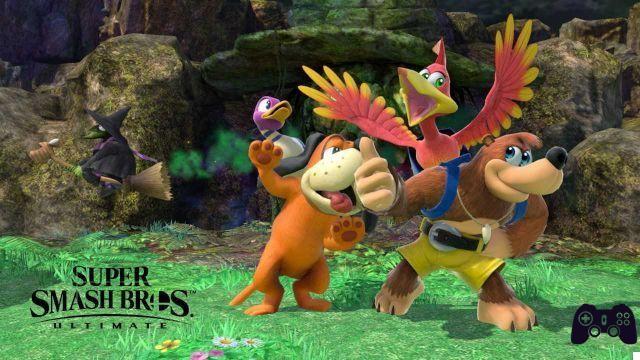 Just as at the beginning of Nintendo Direct of E3 2019, the Hero sent fans in Japan into raptures, Banjo and Kazooie they are the characters in the guide who have most delighted Western players of Super Smash Bros. Ultimate. A duo in demand since the time of Melee (before purchasing Rare at the hands of Microsoft hit Nintendo fans like a train), the paired note of “bear and bird” brings with it a versatile and potentially formidable moveset. 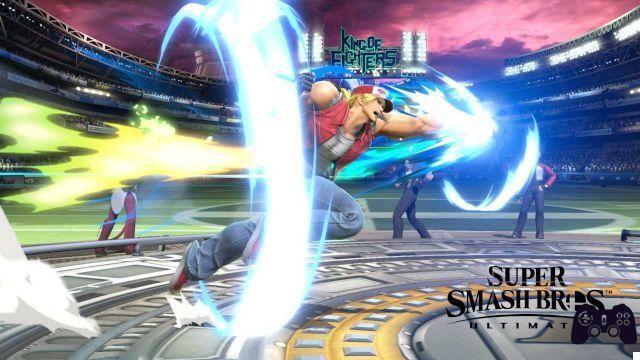 The third (and - so far - last) face of classic fighting games is Terry, which comes from Fatal Fury e The King of Fighters as a representative of SNK. The blond orphan brings with him an even more "real fighting" moveset than we have seen with Ryu and Ken, so we should move on. 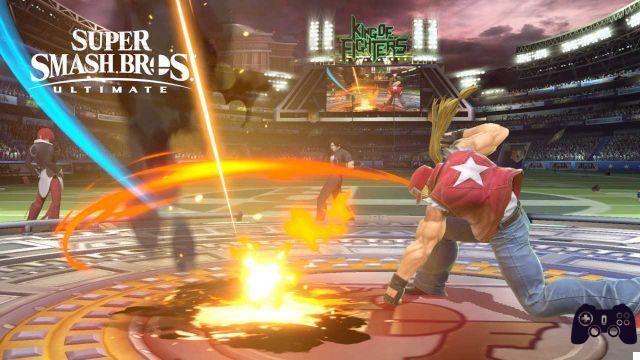 For the first and hopefully only time, in our Super Smash Bros. Ultimate character guide we have to focus on one of them. Terry boasts an additional mechanic that is exclusive to him outside the manual inputs, namely the secret indicator "Go". After 100% damage taken (or below 30% life total left in an energy encounter), the appearance of the symbol next to the dammeter "grants" Terry two additional special moves. It "concedes" among many quotes, given the complicated inputs this requires. For less experienced players, it must be said, this involves more quarrels than anything else.

We give you our last (for now) date next time, with the remaining known - and released - characters so far: Byleth for the first Fighters Pass, and Min Min, Steve and Sephiroth for the second. That's all for today: how are you finding yourselves so far? (You can find the summary here.) Please let us know by leaving us a comment below, and don't forget to stay on Holygamerz to not miss any news from the videogame world and beyond.

Red Dead Online Guide: How to Earn 10.000 Experience Points in No Time

The Walkthrough of Tales of The World: Radiant Mythology

Doom Eternal: the best runes to use