Welcome back to the sixteenth installment of our in-depth guide to Super Smash Bros. Ultimate's stellar cast of playable characters

In this ours guide, we will devote ourselves to the many characters playable of Super Smash Bros. Ultimate, starting with Mario up to the latest additions of the second Fighters Pass. In each episode we will describe about five or six fighters, however, dividing them according to the chapter of Smash in which they made their debut. As we just said, We have arrived right to the "latest additions of the second Fighters Pass". In fact, today we close the first DLC package with Byleth and we discover the announced and published characters of the second, that is Min Min, Steve e Sephiroth. In the appendix, we will find out more about the concept of steering wheel coupling, or “tether recovery”, to which we have alluded in the past. 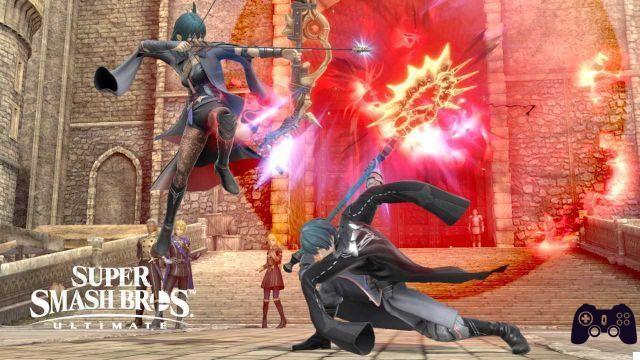 We have announced the disputes concerning Byleth when we introduced Corrin, and now we can finally outline this character's unfortunate context. After four DLCs like Joker, Hero, Banjo and Kazooie and Terry, the first Fighters Pass ends with a "safe bet" as a first-party character. The blatantly promotional purpose of its inclusion made the protagonist of Fire Emblem: Three Houses a fighter still discussed outside the small circle of fans who loved his original game and Smash players who don't mind it (obviously, the existence of a second Pass was also revealed at his announcement) . In combat, at least, Byleth has solved it an age-old question which concerns the fencers from Fire Emblem. 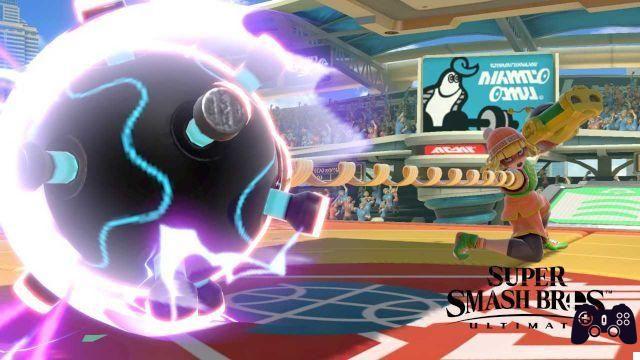 Usually the characters seen in the guide, if introduced in a newly born franchise, have to wait for the next Super Smash Bros. to make their debut. The magic of the DLC is this: ARMS manages to keep Splatoon company in the game's colorful cast without waiting for the four or five years that pass between one chapter and another. However, being Spring Man already an Assistant (tool) as well as a costume for Mii Fighters, Sakurai - at the request of the ARMS developers - opted for a curveball: Min Min. Sweeping away any doubts that Byleth has raised among players, the ramen expert brings with her a particularly resilient fighting style. 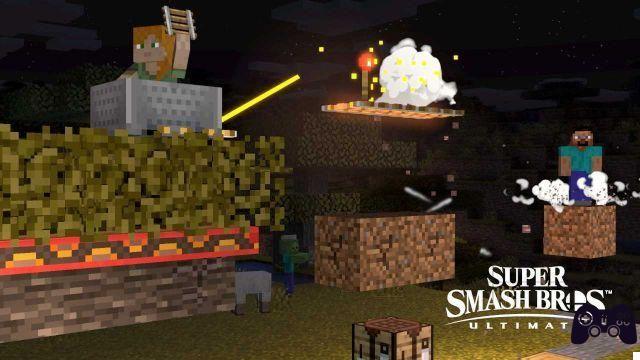 Requested by genuine fans of Minecraft and by players who have claimed the debut with a student spirit for a simple meme, with Steve we can catch our breath for a second (unlike Twitter, which is temporarily gone in tilt to your announcement). In fact, the entry of this scribe into the Holygamerz editorial staff allows us to refer to the recap of Sakurai himself to go into more detail. However, there is a lot to talk about, so we don't intend to slack off. Six of the eight character skins are shared with the female avatar Alex (picture, close-up), while two enemies - lo Zombi andEnderman - they grab the last two. 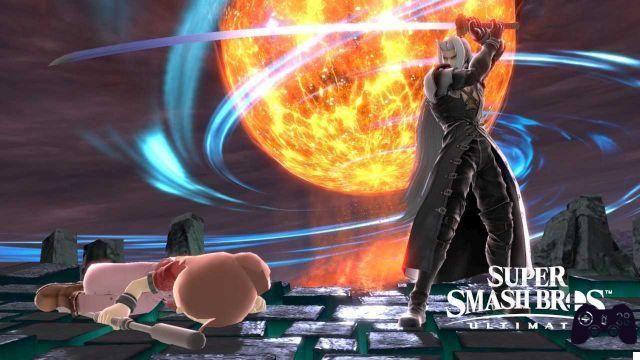 Few of the characters seen so far in the Super Smash Bros. Ultimate guide can boast an iconic status comparable to that of Sephiroth. Cloud's nemesis boasts the distinction of being the first third party antagonist (the first antagonist overall was Bowser), as well as the third representative of Square-Enix seen debuting after the Hero. Compared to Steve / Alex / Zombi / Enderman, Sephiroth certainly boasts a less abstruse moveset. Not for this, however, should be taken lightly: it was formidable in Final Fantasy VII, and formidable remains here too. Also in his case, we have already dealt with Masahiro Sakurai's in-depth analysis on the subject, if you want to know more. 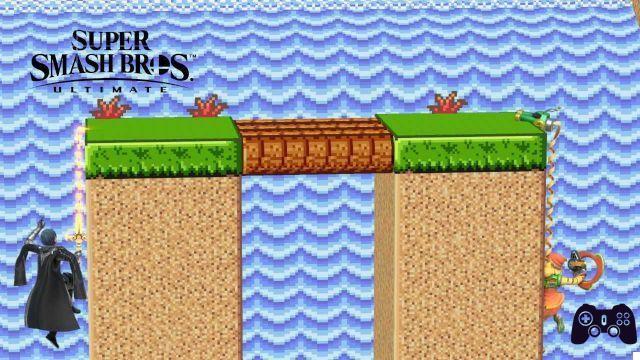 We've been alluding to our Super Smash Bros. Ultimate character guide for two weeks to the steering wheel coupling (or "tether shooting”In competitive jargon), and it's time to explain what this technique consists of. Some special attacks upwards (↑ + B), instead of throwing the character in that direction, they extend the range of the attack in the same trajectory. Special attacks of this type that allow this are Ivysaur's Whip, Joker's Grapple (without Arséne), Byleth's Sword of Creation and Min Min's ARMS Hook (pictured). But that's not all.

Also two side special attachments (↔ + B), in fact, grant this technique: Samus Tuta Zero's Plasma Whip and Fuffi's Fishing Rod. However, the characters gifted with taken from a distance (with exceptions such as Luigi and Steve) can perform them in the air. You have two ways to catch in the air: raise the shield and press A simultaneously with perfect timing (otherwise you'll end up doing an aerial dodge) or use the thinner spine keys, which act as a shortcut. Samus, Baby Link, Lucas, Cardboard Link, and Dark Samus are all capable of using this tactic. Last but not least are the forward air strikes (> + A in the air) with Simon and Richter's whip.

For now, the guide is over: the seventeenth episode, including the three (still unknown) remaining characters of the second Fighters Pass, will arrive at the publication of the last (suppose in autumn). But how did you find yourselves? (You can find the summary here.) Please let us know by leaving us a comment below, and don't forget to stay on Holygamerz to not miss any news from the videogame world and beyond.