With the new Nioh 2 you may feel confused or in difficulty, we help you with a guide on tricks and tips to start playing

Team Ninja is a development house of proven skill, always attentive to details and with a recognizable style. Starting off by creating the famous fighting game Dead or Alive, they arrived bringing us a “Soulsian” inspired game, Nioh. In addition to the skill of the player, they are the statistics and parameters at the center of everything, providing many means of approach to combat. This perhaps makes it even more difficult than Dark Souls, but easier with the right knowledge. The sequel, Nioh 2, takes everything to another level by adding features that embellish the gameplay, for this reason our tips and tricks to start playing.

Despite the difficulty, you shouldn't give up, because it's often just a matter of knowing the right mechanics. The difficulty of Nioh 2 can in fact represent an apparent impassable wall. The tips and tricks we have collected are basic and useful to all players, whether returning from the first Nioh or for a brand new player. But let's not dwell further with the introductions and let's start immediately with the "meat".

Know the enemy and your weapons - Nioh 2: tips and tricks to start playing

At the base of the combat system there are only two buttons, the square allows you to deliver the standard blow, triangle is for the heavy and generally slow ones. It is important to practice with your weapon to understand the timing of our shots, the range they cover and the amount of damage we inflict. Along with this we must always keep an eye on ours Ki bar (or simply meant as bunting) which defines the amount of dodges we can make before it regenerates automatically.


For this purpose, fighting against the weakest enemies can be very useful in order not to lose against the toughest ones: dodging at the wrong time, running out of stamina (which will make us uncovered), not understanding the distance we can keep and not recognizing the animations of the opponents. , are mistakes to be avoided. The Stances we talk about in this other guide also come to our aid in a profound way. 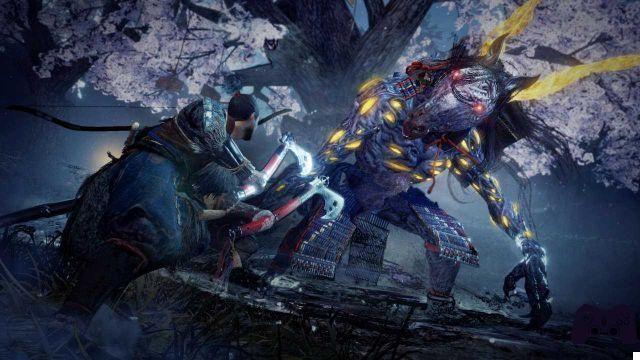 In addition to the normal bladed weapon shots, specials also come to our aid Yokai skill. These are obtained by defeating enemies and taking over theirs Soul Core, and then equip them in the shrine menu. The abilities will briefly transform us into a demon, giving us the strength to deliver a very powerful blow. You can use them by pressing R2 together with square or triangle, based on how you set your skills. However, their use is not free, they are in fact linked to the consumption of the Yokai bar (under the waist and Ki) which is charged by killing the enemies.

In addition to this there is another circular bar, located to the left of all the others, which can be loaded in the same way but more slowly. When it is at maximum and we have pressed circle + triangle, we will transform temporarily in an invulnerable Yokai. In this state we will inflict heavy damage on enemies, so we must use them only when necessary. 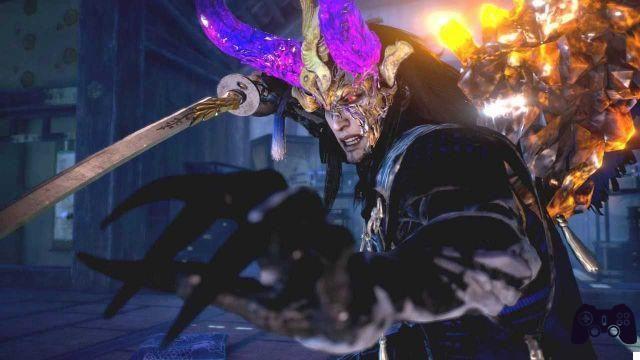 Unlike the various Yokai demons, the lesser and more common ones should be pretty easy to take down. Their main weakness is almost all in their poor balance (in terms of Dark Souls), which means that as long as we can deliver consecutive blows they can hardly stop us. If we were to be the first to attack or there was a breach in their defense, don't hesitate to beat them up with a combo.

Different case are the attacks with the red aura that cannot be stopped, but only reflected thanks to a Burst Counter. The latter is the closest thing to the counter seen in Sekiro: Shadow Die Twice. It is an ability that offers a way to counter certain hits, identified by a red area around the enemy ready to attack. To perform it you need to hold R2 and then circle when you are close to receiving a hit. 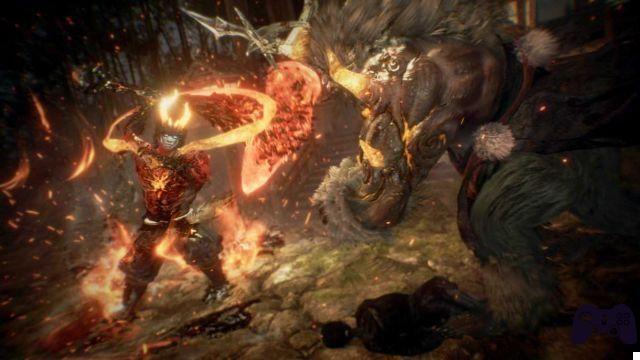 Attracting enemies with the bow and the Dark Realm - Nioh 2: tips and tricks to start playing

The following is a typical Souls Like strategy. In case we are faced with a grouped series of enemies, attracting them individually becomes the best solution. This is possible by making use of the bow and aiming at the unfortunate enemy that we want to "aggravate", preferably aiming at the head causing his death or significant damage. Repeat the strategy until the whole enemy team notices us.

Always in the same way it is possible to lure out of the Dark Realm the toughest enemies. By doing this you will be able to face them without the handicaps of that evil aura. Inside the Dark Realm the regeneration of Ki is in fact considerably reduced. 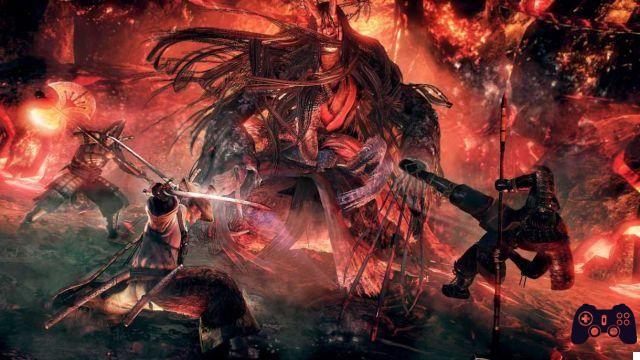 With the information we have provided you now know several tricks and tips to start playing Nioh 2. In case you have any doubts or want clarification about this action game created by Team Ninja, ask us your questions below in the comments or take a look at the our other guides. Nioh 2 is available now for PlayStation 4. In the meantime, I invite you to continue following us on Holygamerz to stay updated on the world of video games and technology.

Nioh 2: all the guides to the main bosses of the game ❯

Call of Duty: Modern Warfare, guide to the best weapons to win

Add a comment from Nioh 2: tips and tricks to start playing